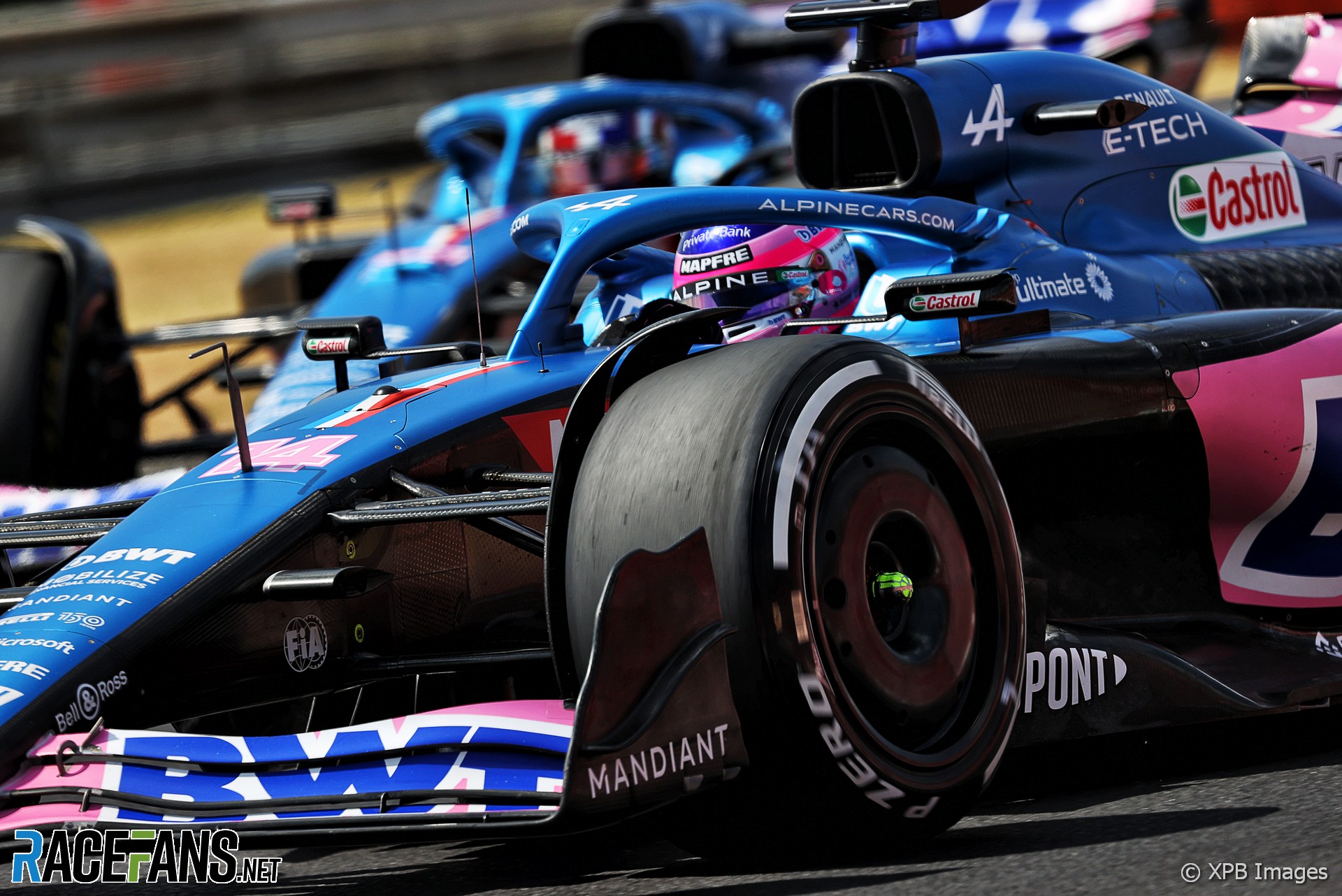 In the round-up: Alpine team principal Otmar Szafnauer says the team will be able to keep adding upgrades to their car without reaching difficulties with the budget cap

Alpine team principal Otmar Szafnauer says the team will be able to keep adding upgrades to their car without reaching difficulties with the budget cap.

Alpine are locked in a battle with McLaren over fourth place in the constructors championship, currently holding an advantage of four points after Lando Norris finished directly ahead of both Fernando Alonso and Esteban Ocon at the latest grand prix in Hungary.

“They’ve definitely made a step,” Szafnauer admitted. “We had headroom under the cost cap. So there is no cost cap considerations stopping us from bringing upgrades.

“Whenever we found something, we would make it in quantities and bring it. Especially if it was additive – you didn’t have to throw stuff out to replace. And that’s still the case, so we’ll have something in Spa.”

Antonio Felix Da Costa has confirmed he will move to Porsche for next year’s Formula E championship and the new Gen3 era.

Former Formula E champion Da Costa confirmed yesterday that he will move from Techeetah to Porsche for next year, stepping into a seat previously occupied by Andre Lotterer.

Newly crowned world champion Stoffel Vandoorne has not formally confirmed which team he will be racing with for 2023, but stated that he would return to Formula E to defend his title. It is expected he will join DS Penske for the first year of the Gen3 era.

That was a fun day out! I finished 4th overall out of 700+ riders on the 60mile red course and 1st in my age group. This event is so cool!

The worst kept secret in F1 continues, as Porsche have registered a new trademark "F1nally" for marketing and merchandise. pic.twitter.com/fy0A4aQSaM

And one last amazing Thank You to my French family @DSTECHEETAH . Yesterday they delivered me to @PorscheFormulaE . Love this @FIAFormulaE spirit. See you on track guys! pic.twitter.com/r2vcg17epy

This series has challenged every part of me as an athlete and competitor. I’m proud of the effort both the team and myself made to finish the year strong. Two top-5 finishes in the final two weekends 🤘🏼 Big thank you to @avaxandrettife for the unforgettable season! #ABBFormulaE pic.twitter.com/VJnGOmR6ta

If there was ever any doubt, pit crews are true athletes. It’s the worst feeling knowing I could have really hurt one of my guys, thankfully it didn’t come to that! Came in too hot & misjudged my stall, but Cory Jeremy Josh Milan & Jerick handled it like pros. Sorry again boys🙏🏽 pic.twitter.com/HhXS7Z51or

UK – Live coverage of the *Moto3* #BritishGP on @ITV4 failed to make the channel's top 50, averaging fewer than 49,000 viewers. I know it is Moto3, but that's an astonishingly poor result… (via – https://t.co/vPiAIhjWTf)

Interested in seeing what iRacing is all about? Now is the perfect time to dive in!

New users can get 75% off their sign-up during our iRacing Summer Sale!https://t.co/9bZvcWTnMw pic.twitter.com/9LhqoVIJFP

"We need to use that (American identity) more now because there is more presence (in the United States). It’s what we need to do as a team, it’s not a directive. We were never told what we have to be – we are who we are. But now I think we can focus on it more because there’s more interest."

Daniel Ricciardo will not receive ‘another chance’ in F1 if he leaves McLaren, predicts Ralf Schumacher (Independent)

"Personally, I can’t imagine him getting another chance in Formula 1. But I wouldn’t know who Alpine should take at the moment."

"Amalgam Collection used CAD data supplied directly by Red Bull to design each teeny component, with master patterns and moulds then 3D printed and the eventual model pieces cast, painted and then finished by hand. Apparently it took 2,500 hours of development to produce an exact replica of the real thing, with each model taking an extra 250 hours to put together."

"She’s said, ‘I’ve driven this car before, I should know how to do it. But it’s like, no she hasn’t raced this car before. It’s the same in principle since the last time she was on a road course seven years ago, but so much has changed. The aeroscreen added 70 pounds and totally changed the centre of gravity, so now the car responds differently to fuel loads. It’s a new beast."

"Wanting to get to know him just a little bit better, and with a big date in Austin now on the horizon, we tasked him with answering 22 questions about racing and life in general."

"Since July 1, a span of six races, Dixon has scored the most points in the series, climbing from sixth in the standings to second place. He is within six points of Power heading to this weekend’s Bommarito Automotive Group 500 at World Wide Technology Raceway in Madison, Illinois."

"Our final Feature Focus gameplay deep dive F1 Manager 2022 takes you to where your decisions will make the difference between glory and despair. It's race day!"

Mick Schumacher has picked up form as his second season in Formula 1 has progressed, but has it been enough for Haas to consider extending him for a third year? @Jens isn’t so sure…

Mick has finished races ahead of Magnussen, but never on merit. Reliability, poor strategy, reduced engine mode to just make it home, the black and orange flags mentioned in the article, etc. have been reasons each time Mick has finished ahead.

As for the 11-2 qualifying results…
In Australia where Mick qualified ahead of Kevin, Stroll had a big crash in the end of Q1, and Kevin was caught in traffic when they resumed.
In Miami, the other instance where Mick qualified ahead, Kevin’s radio didn’t work, and they did one long run instead of the usual two shorts, as they couldn’t communicate about when to come in.

Mick has never really shown anything. Yes he had a bad car last year, but so did Kevin and Grosjean in 2020 and they both made a point scoring finish. He has crashed two cars big time this year (and last year too). He hasn’t finished ahead on merit. And he is lucky the qualifying result isn’t 13-0.

Why so many think Mick should be retained, whereas many think Riccardo with a lot more and a lot better results to show should stop, I cannot understand. There must be a lot of “Schumacher name momentum” for many.
jenc

19 comments on “Alpine unhindered by cost cap in battle with McLaren, says Szafnauer”