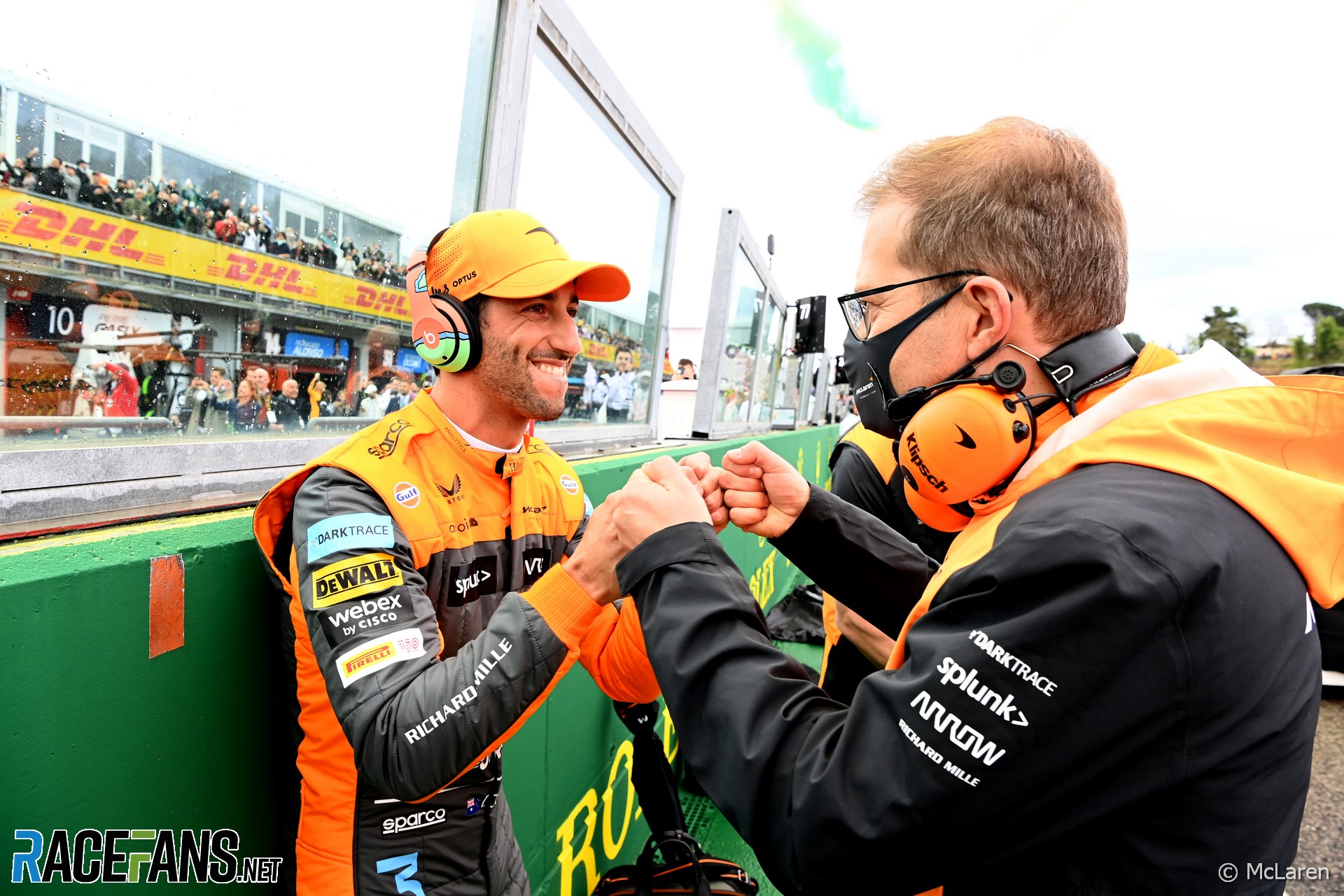 Daniel Ricciardo has revealed more details of his upcoming television series, set in the world of Formula 1, in an interview for RaceFans.

The McLaren driver’s fictional show is in development with American streaming service Hulu. He told RaceFans further details are being thrashed out over the summer break.

“Basically we’re just looking for a writer. I think once you’ve got the writer dialled in, then production, everything, they’re all behind it.

“Obviously Hulu was all over it so it’s in the right hands and it’s now just finding an appropriate writer who’s going to take the show in a good direction.”

Being a “purely fictional” production may help Ricciardo’s series appeal to a difference audience than Netflix’s Drive to Survive docu-drama, which was renewed for two further seasons earlier this year. But Ricciardo doesn’t want his production to be a rival to existing and upcoming film and TV projects centred around F1 such as Lewis Hamilton’s film starring Brad Pitt which will be distributed by Apple.

“Obviously I hope it’s a success, but it’s not intended to challenge any of those, whether it’s Lewis’s, whether it’s Drive to Survive,” said Ricciardo. “I think it will be completely different.

“But if you said five other drivers have said they’re doing projects, honestly that would make me happy, because we’re obviously trying to push the sport out into a bigger audience.”

“It’s obviously fictional, but it’s going to stem from a reality of what F1 is like, but with a bit of Hollywood behind it.”

Ricciardo has cited Entourage and Ballers, both comedy-drama series that focus on the lavishness of big business and major sports franchises such at the NFL, as inspirations for his show. He says he’s aiming for “that sort of vibe” with his end product.

That pitch has aroused public interest in Ricciardo’s show, and he’s pleased to hear that people want to know more about it.

“[That interest] is good. I’m in a way, not arrogantly, but I’m not surprised in terms of the interest of F1 right now as a brand, is so big. So I knew, especially when I think the Hollywood Reporter picked it up and kind of ran with the story, I was like ‘okay, this is probably going to get some traction’.

“But you never know, so I’ve certainly been happy to see it. But also, yes I want to talk about it, but it’s not about me. So I’m kind of excited that, sure Drive to Survive is that, and yes I’ll be putting my name to this and I will work behind the scenes with it, but I also don’t want it to be like ‘hey, this is Daniel Ricciardo’. I’m just going to be there kind of as a fan in the background trying to lend some light.”

However he admitted “I’ll probably end up getting more involved than I expected” with the series. He is spending part of his summer break in Los Angeles in meetings on the project.