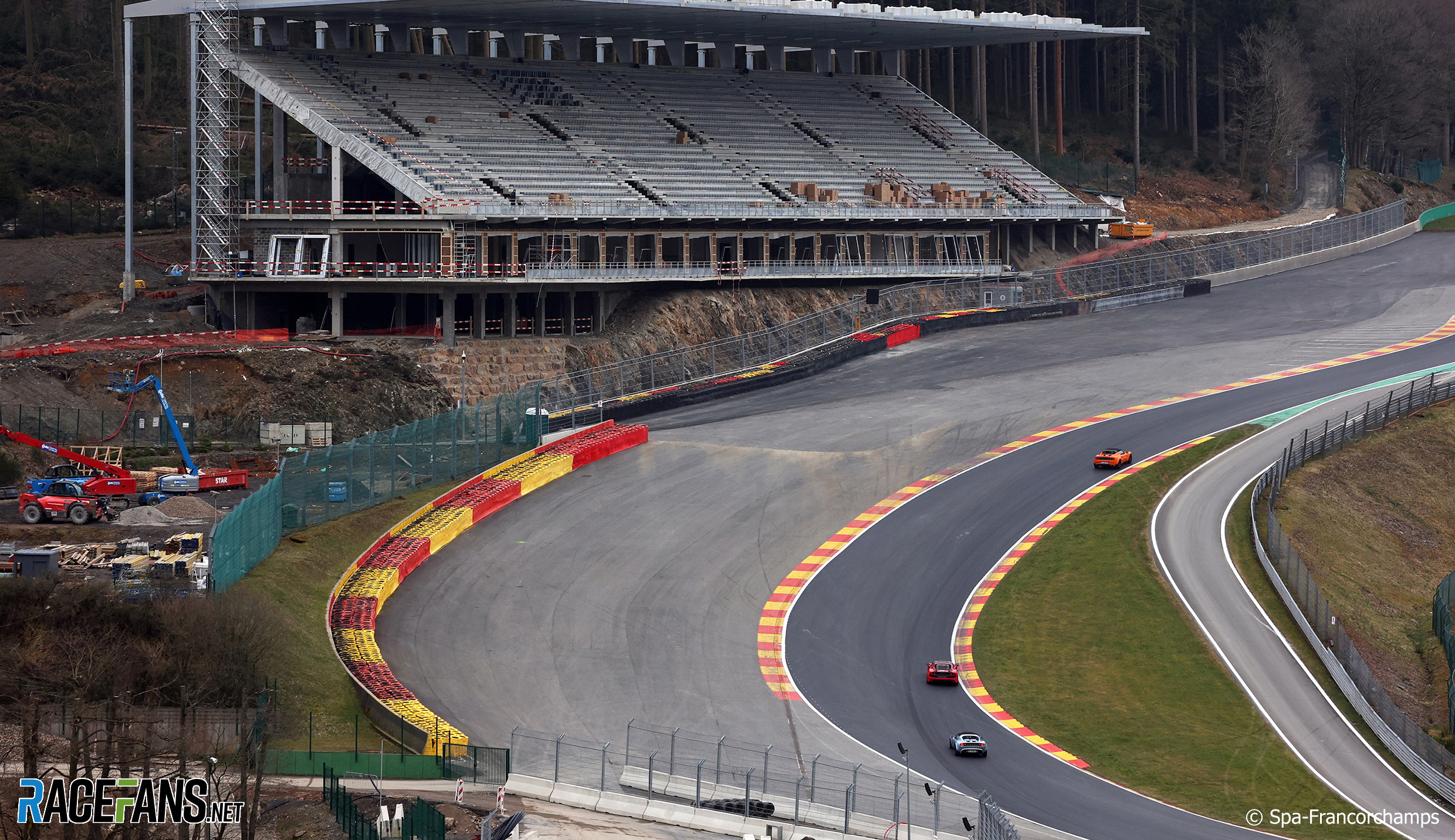 While the 2023 Formula 1 calendar has not yet been officially confirmed, many drivers have already expressed disappointment over the widely-expected loss of the Belgian Grand Prix.

This year’s race at Spa-Francorchamps will be the first after F1’s summer break, by which point the event’s future may already be known. Excitement for this year’s race, following the one-lap washout of the 2021 edition, is coupled with uncertainty over whether it could be the last to be held at Spa for the foreseeable future.

When Lando Norris – who has Belgian heritage on his mother’s side – was asked at the French Grand Prix if he would prefer to keep the Belgian or French round at Paul Ricard on the 2023 calendar, it was an easy call for the McLaren driver.

“I personally have a lot more connections to it, of course, and I love the track and so on, I grew up a lot of the time or I grew up for many years going to Belgium and spending a lot of time there with my family.”

The seven-kilometre circuit has undergone extensive work to improve safety following multiple serious and fatal accidents at the venue, most notably at the famous sequence spanning the ultra-fast Eau Rouge and Raidillon corners. Several iconic corners such as Raidillon have been reprofiled, with gravel traps returned to various places around the circuit. Norris said he was “excited” to have the opportunity to race at the revised track.

“Some changes, some bits have been resurfaced and so on,” he said. “Nice, new grandstand on Raidillon. I always look forward to Spa, it’s one of the coolest circuits of the whole season.

“I’ll be sad [to lose Spa]. A lot of things are just about money nowadays, which is the issue. It’s a business.”

Norris questions why a circuit so historically significant to Formula 1 as Spa has its place on the calendar under threat, while other venues with just as strong a heritage do not appear to be in question.

“It’s a shame,” he continued. “But it’s a historic race for F1. Same as Monaco – for what I know, they don’t even pay and it’s still on the calendar – same with like Monza and stuff. So I feel like it should always be on for as long as Formula 1’s around.”

Sergio Perez said it would be a “big shame” to lose Spa from the calendar, while Sebastian Vettel agreed, describing the undulating track in the Ardennes mountains as “amazing.”

At the Hungarian Grand Prix, AlphaTauri’s Pierre Gasly expressed hope the race’s absence of the calendar will prove only temporary.

“I don’t personally think this has anything to relate with the changes or to improve safety,” he said of the reason behind its potential F1 exit.

“But I can’t believe Spa is going to be out of the calendar for years. It definitely deserves its place on the calendar.