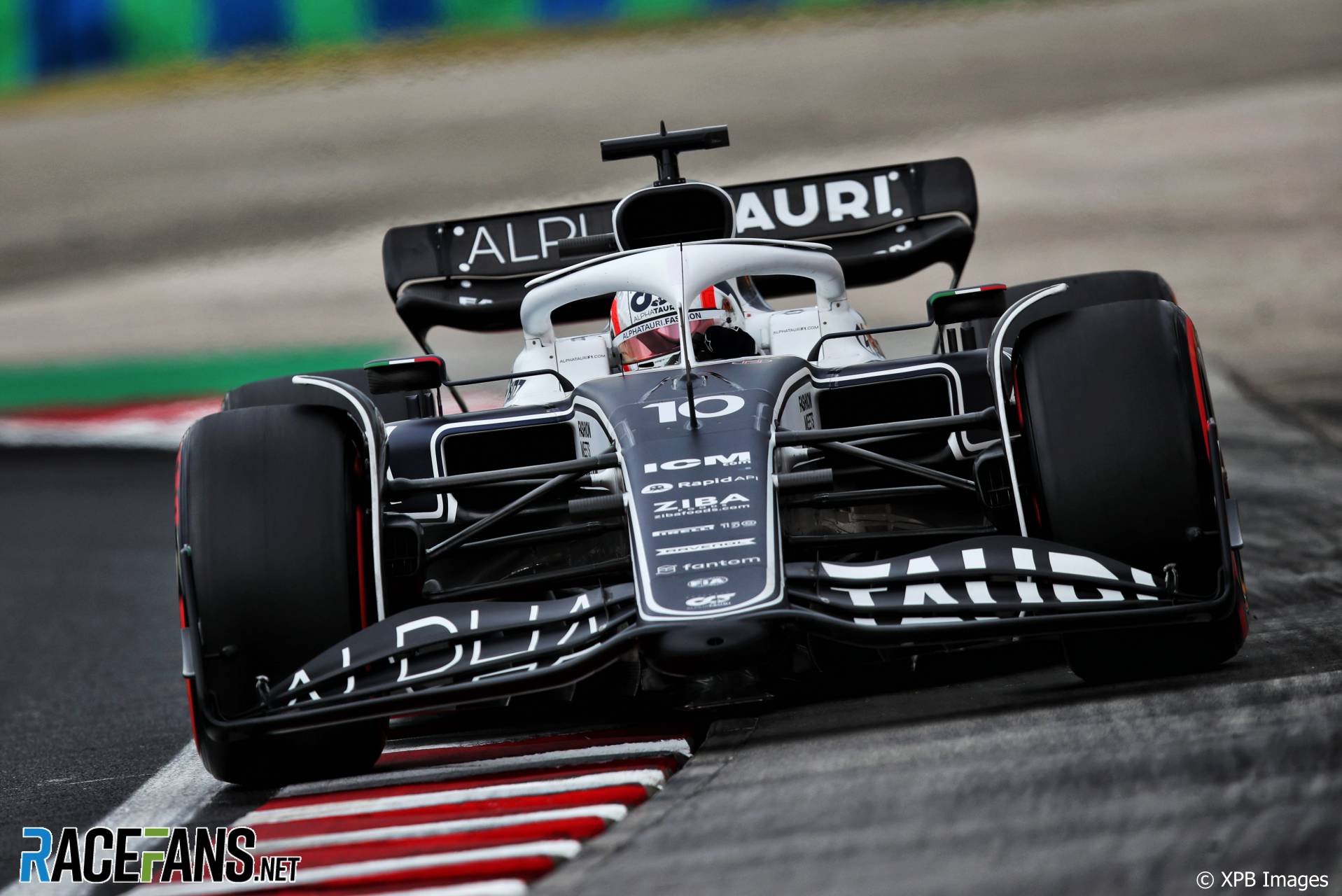 Pierre Gasly suspects an incorrect track limits call may have again led him to be eliminated in qualifying earlier than he should have been.

The AlphaTauri driver was unable to take part in Q3 at the Austrian Grand Prix after Sergio Perez was incorrectly allowed to proceed to the final stage as stewards did not initially realise he set his quickest time while exceeding track limits. Perez’s times were later deleted, but it was too late to restore Gasly to his rightful place in the session.

Gasly suspects he was the victim of a track limits error again in qualifying for the Hungarian Grand Prix yesterday. His quickest time in Q1 was deleted when the stewards ruled he went off-track at turn five.

The stewards are understood to have relied partly on footage from a closed-circuit television camera to verify Gasly did not remain inside the track limits. He insists he did not run off-track, and questioned whether the CCTV footage was accurate enough.

“We’ve had a couple of issues,” he told media including RaceFans yesterday. “Last time I got affected by these tracks limits in Austria when I was 11th and Checo went off-track, didn’t get his lap deleted in turn eight, so I missed the Q3.

“Potentially now I should be in Q2 and then I missed the Q2 because the other way around: They’re saying that from CCTV I was over the line. But I think we’ve got to check because CCTV we know how good the quality is. We need to double-check.”

Gasly is doubtful he could have gone wide at turn five, and said an automated system is needed to police track boundaries.

“I think for more consistency for sure the best would be to have a sensor in the car and have it everywhere,” he said. “But I think also turn five from all my years of racing, which is pretty much the last 10 years, I’ve never had any track limits in that corner and this year it’s a quite drastic approach. That’s why I think we definitely need more accurate tools to make sure that it’s always quite fairly respected.”

He was one of three drivers who had lap times deleted for running wide at turn five. A fourth, Perez, initially lost his lap time for the same infringement. However footage of the incident subsequently showed he had not left the track and his deleted time was reinstated.

Valtteri Bottas said stewards were “pretty busy during the session policing the track limits” but defended their decision to correct the initial ruling against Perez.

“It’s not ideal but at least they double-checked, which is good. I think that should be definitely the case, that if you can prove that you’ve been within the limits, you can keep the lap.”