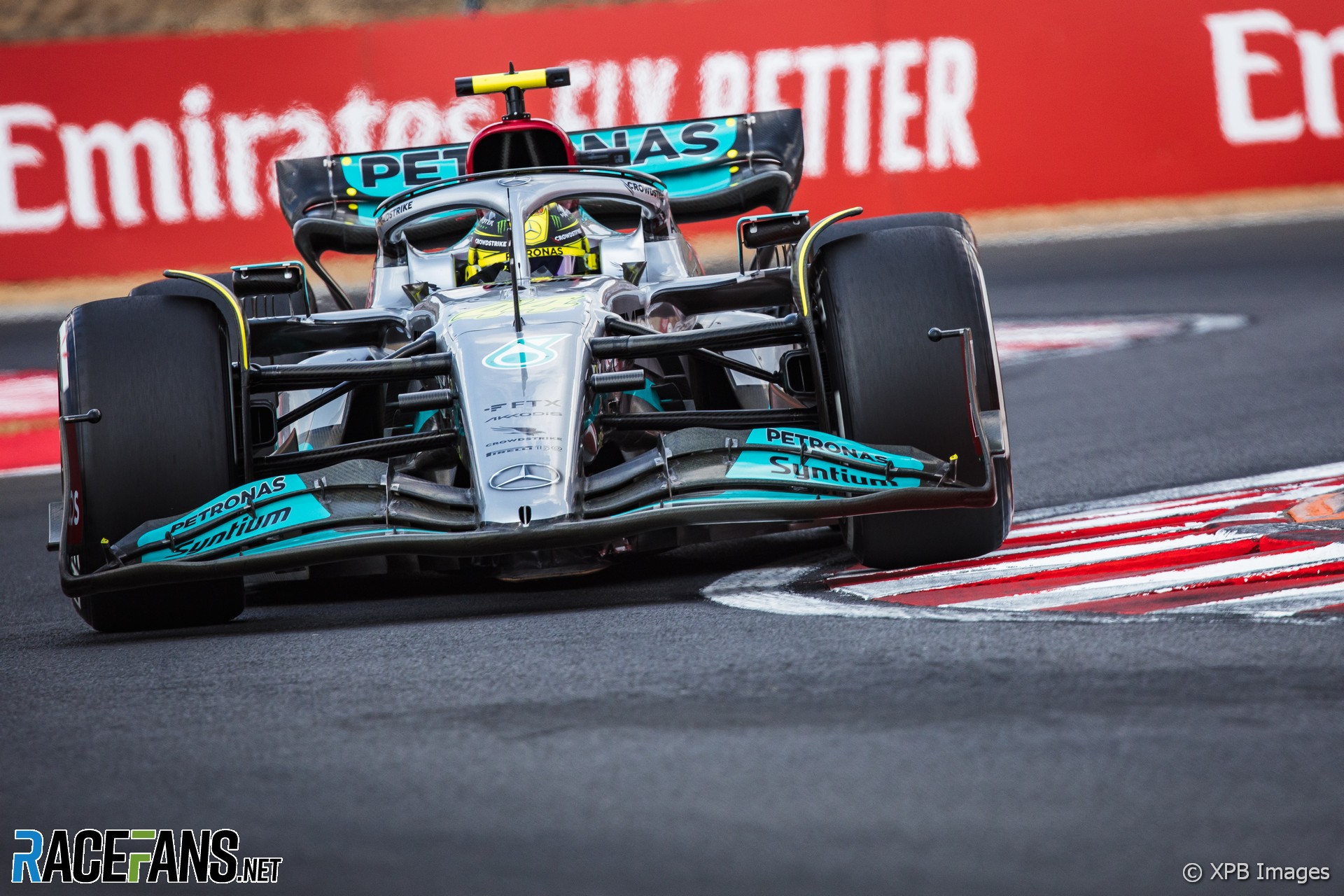 Mercedes team principal Toto Wolff apologised to Lewis Hamilton after he suffered a DRS failure during qualifying for the Hungarian Grand Prix.

The fault left Hamilton seventh on the grid while team mate George Russell claimed a shock pole position. The Mercedes drivers are separated on the grid by the two Ferraris, Lando Norris’s McLaren and the Alpine pair of Esteban Ocon and Fernando Alonso.

“Sorry for the fuck-up with the DRS,” Wolff told Hamilton on the radio after qualifying.

He consoled his driver by pointing out he will line up ahead of both Red Bull drivers. Max Verstappen, who suffered a power unit problem at the same time as Hamilton’s DRS glitch, took 10th on the grid. Sergio Perez was eliminated in Q2 and starts 11th.

“You have both Verstappen and Perez behind you,” said Wolff. “It’s just Norris, Ocon and Alonso which you should get so we can recover.”

Hamilton said he “tried to open DRS and it wouldn’t open” on his final run.

“I was feeling great,” he told Sky. “Front row was definitely there. It would have been awesome to get a front row for the team but these things happen.”

“Congratulations to George,” he added. “He did an amazing job and that’s a great result for the team. Given all we’ve gone through, that’s huge, so I’m really happy for everyone.”

“We definitely didn’t expect that,” he added.