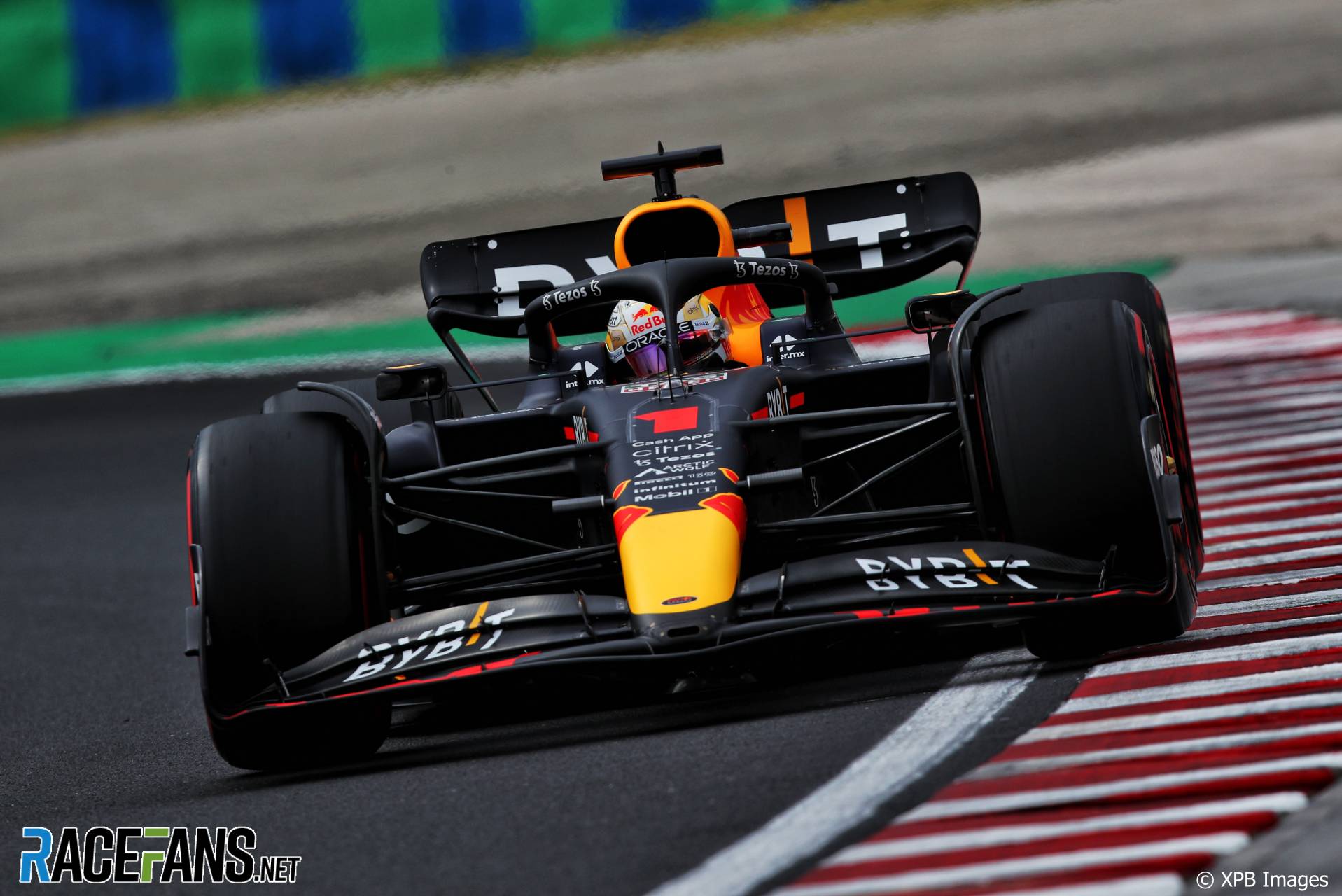 Max Verstappen said the power unit problem which thwarted his final run in qualifying was “painful” after the team proved quicker than expected.

The Red Bull driver yesterday played down his chances of being able to compete for pole position against Ferrari in a dry session. However he admitted he was “positively surprised” by his car’s pace in qualifying.

“All the guys and girls here and also back at the factory, we analysed a lot last night because we were not happy at all,” said Verstappen in response to a question from RaceFans after qualifying

“We made some really positive changes, the car was a lot better to drive for me. We looked very competitive.

“In Q2 all the laps, even on a used tyre set, we were always there, very quick, so I was looking forward to Q3. The first lap didn’t go to plan but then I knew the pace in the car is there but unfortunately we couldn’t show it.”

Verstappen admitted he made a mistake at the beginning of his first timed run in Q3. “I just locked up into turn two,” he said. “Just no front-end grip.

“Maybe the out-lap was a bit slow. Normally the second run it’s fine, you have another shot at it, but unfortunately [we] couldn’t do that lap.”

He realised soon after leaving the pits at the end of the session that something was wrong with his power unit. “I just had no power in that final run exiting the pit lane,” he said.

“We tried to fix it but just no release. The engine was running but there was no release and that’s, of course, painful.”

Verstappen will start tomorrow’s race from 10th on the grid. He doesn’t believe it is worth taking a tactical power unit penalty from that position.

“I think you can still have a result. It’s hard to pass around here but anything can happen. Starting P10, I don’t think it’s worth taking a penalty.”