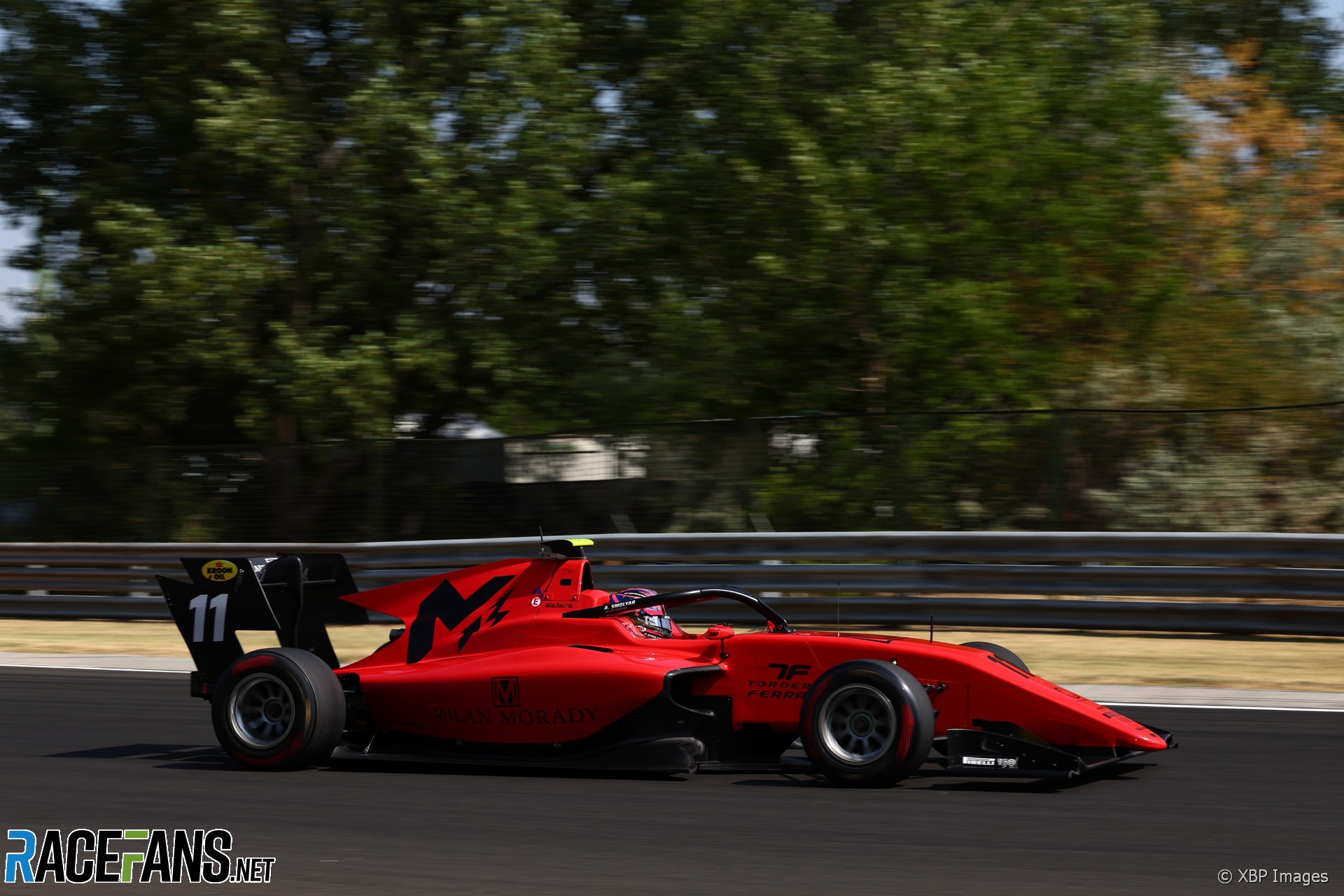 Alexander Smolyar took pole for the Hungaroring Formula 3 round as Reece Ushijima lost second on the grid with his final time deleted for track limits.

Smolyar took his first pole position in FIA Formula 3 since the 2020 round in Hungary, making the Hungaroring the only track the MP Motorsport driver has ever set the pole lap on in the series.

Track limits played a significant role in the session, with both Ushijima and Oliver Goethe both having fast lap times deleted for violations, eventually dropping them outside the top ten in the final order.

As always with Formula 3’s 30-car field, the track was crowded and with many drivers picking the same times to head out onto the track, traffic became a severe problem. Most drivers did an initial run in the first ten minutes of the session and then reappeared from the pits in the final fifteen minutes.

The Trident drivers initially seemed to have the upper hand, with Zane Maloney setting an early quickest time and at one point it was an all-Trident top three with Johnny Edgar leading his two team mates.

However, Smolyar set the fastest time with ten minutes left in the session and appeared untouchable from then on. He steadily improved his lap times, with his final lap to the chequered flag proving his fastest, a 1’32.740, to be a tenth of a second faster than Maloney’s best time.

The session was relatively incident-free. However, there was a late red flag that saw the timing paused with three minutes left. Zak O’Sullivan came to a stop on the pit straight, without contact, seeing the session stopped for his Carlin to be recovered.

Goethe, who is making his FIA Formula 3 debut this weekend, qualified 12th, giving him partially-reversed-grid pole for tomorrow’s sprint race.