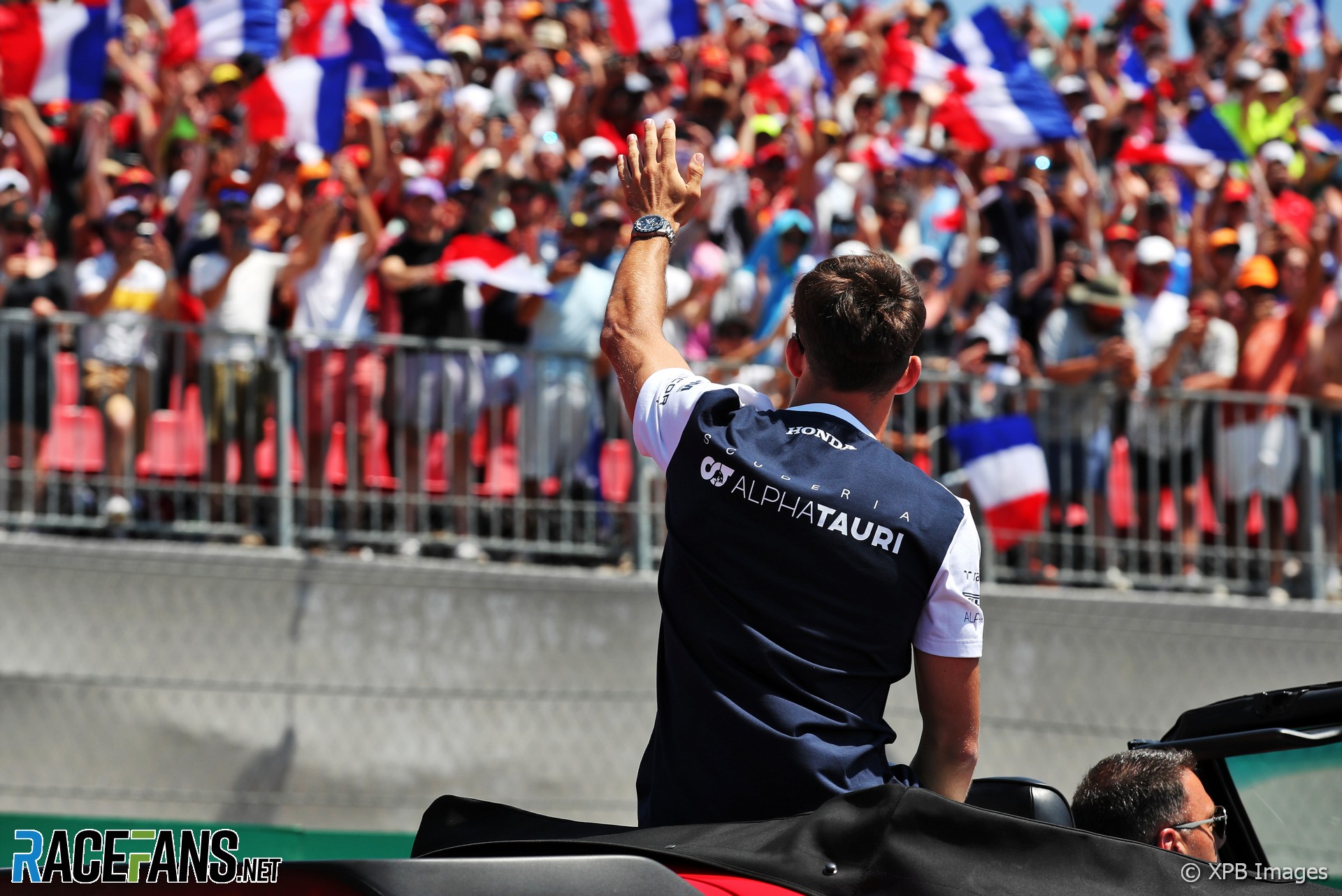 Pierre Gasly says he “tried to enjoy every second” of last week’s French Grand Prix, which is expected to be the last for the foreseeable future.

The Paul Ricard circuit does not have a deal to hold a round on the 2023 Formula 1 calendar.

Gasly, one of two French drivers in F1, said he was “quite emotional to see all these French flags out there” on the drivers’ parade before Sunday’s race.

He said there was visibly “a lot more support” at the 2022 event compared to last year. “You can really see people are excited about Formula 1 in this country.”

Despite AlphaTauri bringing a package of upgrades to his home race Gasly endured a disappointing weekend. He finished 12th after qualifying 16th but he said the support “made the day slightly better.”

“Hopefully we’re going to have a French Grand Prix if not the next year, the year after because I feel like clearly it deserves its place in the calendar,” he added.

France has a long history of motorsport. It held the pioneering 1894 Paris-Rouen Horseless Carriages Contest and, soon after, the first event to carry the title ‘grand prix’. “It’s part of our DNA and it’s been always there,” said Gasly.

“We have Alpine, we have two French drivers – two and a half with Charles [Leclerc]. I really feel if it’s not on this track, hopefully we can find a solution on another track.”

Alpine CEO Laurent Rossi remains hopeful a way will be found to put the French Grand Prix on the calendar in 2023. “I don’t know that it is not on the calendar next year,” he said.

“But yes, I would be very disappointed. And I’m not talking about it as the manager of a French team, or even as a French citizen.

“It’s more I think France is a racing stronghold,” Rossi explained. “It’s been giving a lot to the sport. It has a big audience, a big fanbase. I think it would be a little bit kind of unfair, to remove a big milestone like the French Grand Prix from the calendar.

“I think it would be odd but I’m hoping that it will stay.”