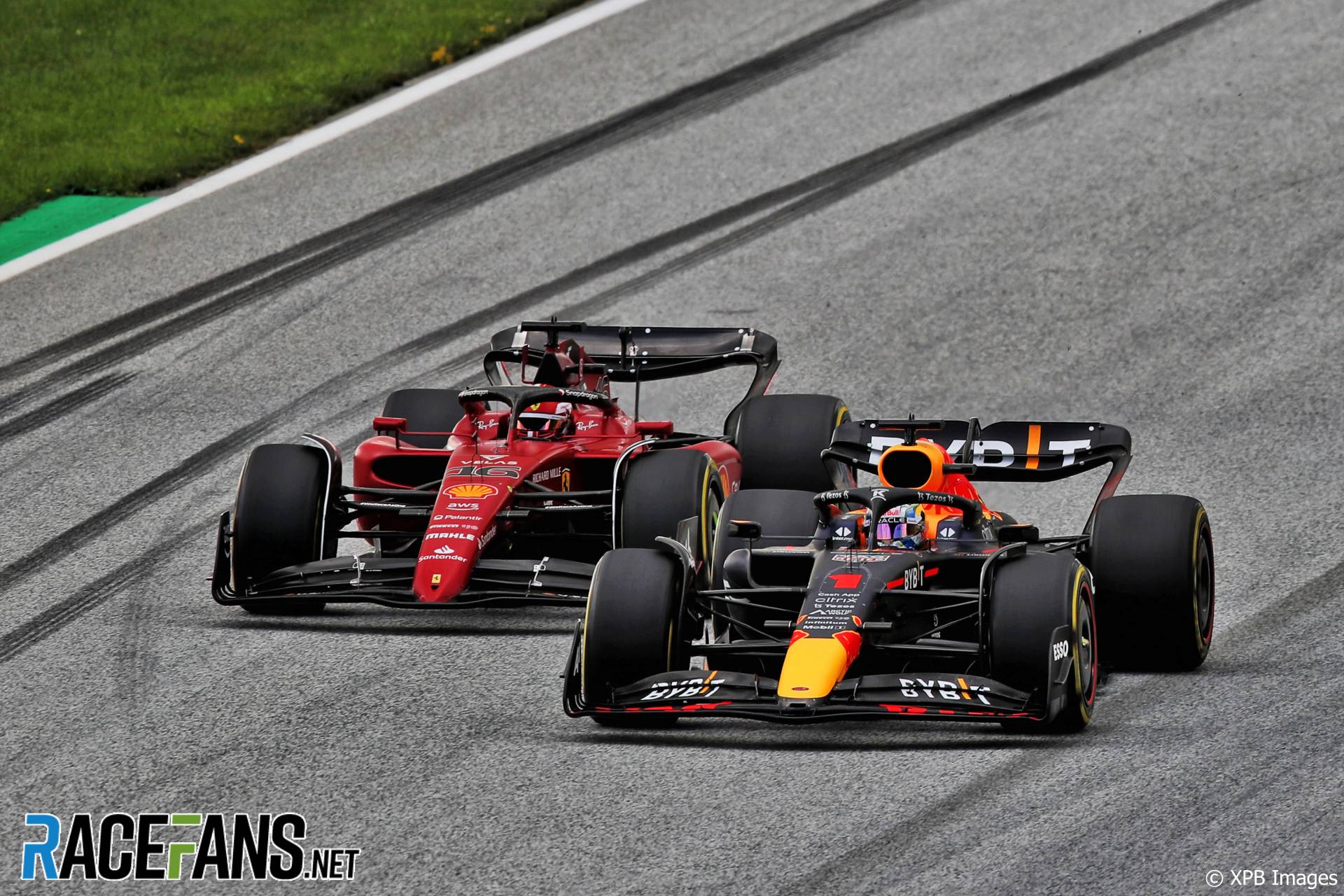 Ferrari believe the performance deficit they had to the Red Bull cars earlier in the season has been effectively neutralised by a rear wing update.

The Scuderia heads to this weekend’s French Grand Prix seeking their third grand prix victory in a row following wins at Silverstone and the Red Bull Ring.

Team principal Mattia Binotto says the performance gap between the cars has closed since the team revised the design of its rear wing.

“I think in terms of pure speed [the cars are] very similar and quali is proving it,” he said. “I don’t think there is much difference between the two cars.”

“We started pushing, putting pressure on Max at the restart and forcing him to have more pace and more pace was more degrading the tyres. So I think what we saw in the sprint has been more obvious because we put more pressure on.”

The team’s latest upgrade has addressed its most significant deficit to its rivals, said Binotto.

“We had a disadvantage compared to the Red Bull, no doubt, in terms of straight-line speed especially in DRS zones, so in terms of the power of the DRS compared to ours.

“We worked a lot on it, built a new rear wing that we introduced as first only on one example, which was on Charles’ [car] in Canada. We’ve had it on both cars since the UK and with that new rear wing.”

He believes there is now little to choose between the two teams. “We simply reduced the gap. We closed the gap, we had more speed. I think they’ve still got a slight advantage, but very little or negligible, it’s why in the power we are very close. Then it’s only about the grip limit in the cornering where we can make the difference.”

Leclerc said the team’s overall competitive was “not a surprise because we’ve been working very hard”, though he admitted he hadn’t expected how much stronger they were on Sunday in Austria compared to the day before. “We seem to have picked up a bit more pace compared to them,” he acknowledged.

However Leclerc pointed out the team had also been competitive in earlier races which they failed to win.