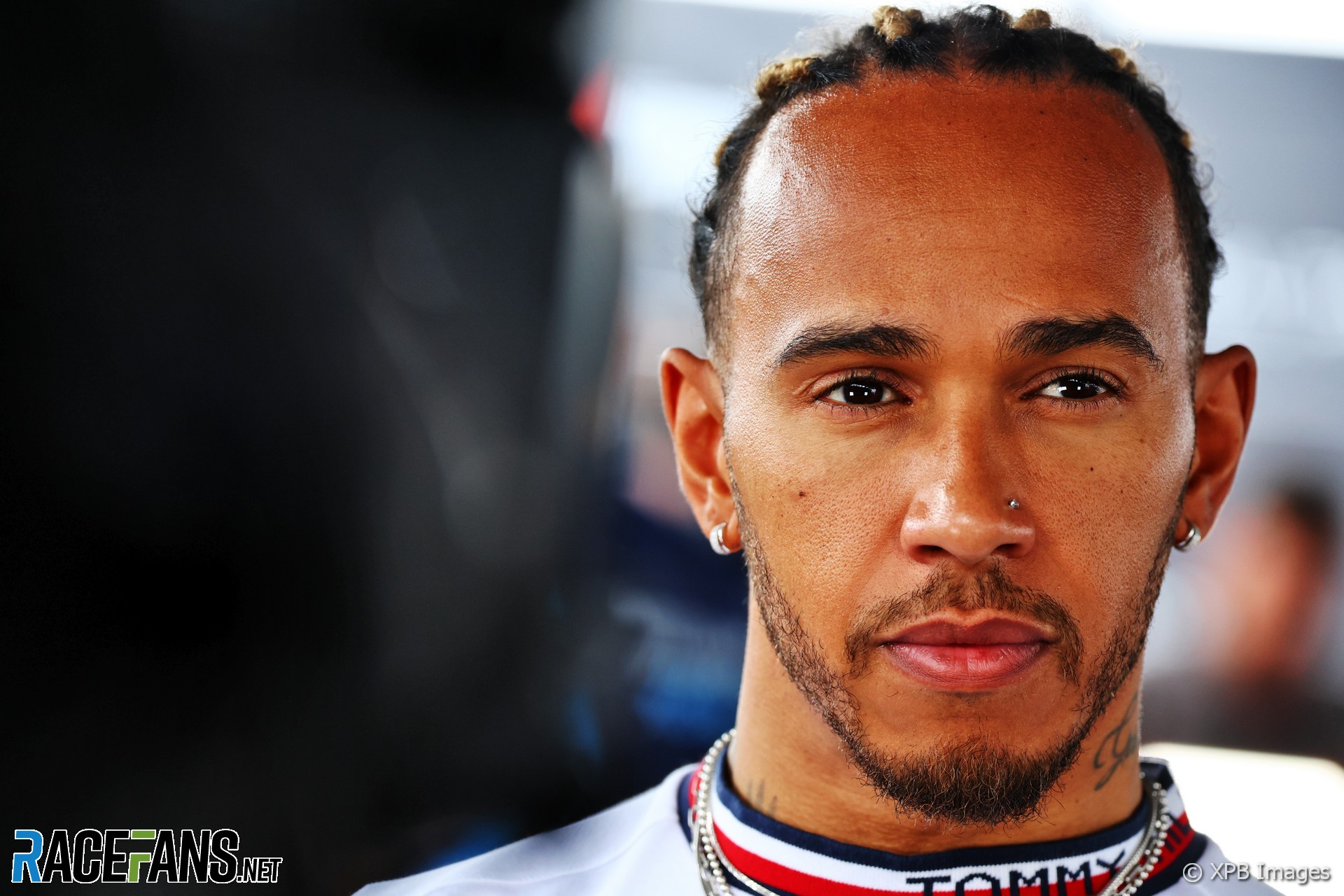 Three-times Formula 1 world champion Nelson Piquet has been banned indefinitely from appearing in the series’ paddock, RaceFans understands from a source, in the wake of comments he made about Lewis Hamilton.

The 1981, 1983 and 1987 world champion apologised to Hamilton for the comment which was made late last year but widely circulated on social media in recent days. However Piquet denied he intended any racial connotations in his remark and claimed his comments were mistranslated in some media coverage.

“I would like to clear up the stories circulating in the media about a comment I made in an interview last year,” said the 69-year old in a statement.

“What I said was ill thought out, and I make no defence for it, but I will clarify that the term used is one that has widely and historically been used colloquially in Brazilian Portuguese as a synonym for ‘guy’ or ‘person’ and was never intended to offend. I would never use the word I have been accused of in some translations. I strongly condemn any suggestion that the word was used by me with the aim of belittling a driver because of his skin colour.

“I apologise wholeheartedly to anyone that was affected, including Lewis, who is an incredible driver, but the translation in some media that is now circulating on social media is not correct.

“Discrimination has no place in F1 or society and I am happy to clarify my thoughts in that respect.”

Piquet’s comments were widely interpreted as being racist and were criticised by F1 and the FIA as well as several teams and drivers including Hamilton.

His apology appears to have fallen short of what F1 wanted to hear from the former Williams, Brabham and Benetton driver. As a result RaceFans understands Piquet will no longer be permitted in the F1 paddock.

“Discriminatory or racist language is unacceptable in any form and has no part in society,” said F1 in response to an enquiry from RaceFans yesterday. “Lewis is an incredible ambassador for our sport and deserves respect. [Hamilton’s] tireless efforts to increase diversity and inclusion are a lesson to many and something we are committed to at F1.”

The British Racing Drivers’ Club subsequently announced it has suspended Piquet’s honorary membership of the organisation.

“The BRDC Board of Directors has noted that, in a Brazilian podcast last November, Nelson Piquet Senior, an Honorary Member of the BRDC, described Lewis Hamilton using a racially offensive expression in Portuguese,” it said in a statement. “The apology issued yesterday by Mr Piquet Snr has also been noted.

“In view of the BRDC’s zero-tolerance policy towards any act involving or suggesting racism, the BRDC Board has concluded that Mr Piquet Snr’s use of racially offensive language to describe a fellow BRDC member (and seven-times world champion) is unacceptable and represents conduct that is wholly inappropriate for an Honorary Member of the BRDC, notwithstanding his subsequent apology.

“Accordingly, we have advised Mr Piquet Snr that his membership has been suspended with immediate effect. Following the Club’s due process, it is anticipated that the Board will terminate Mr Piquet Snr’s membership at a board meeting to be held after the required seven-day notice period.”