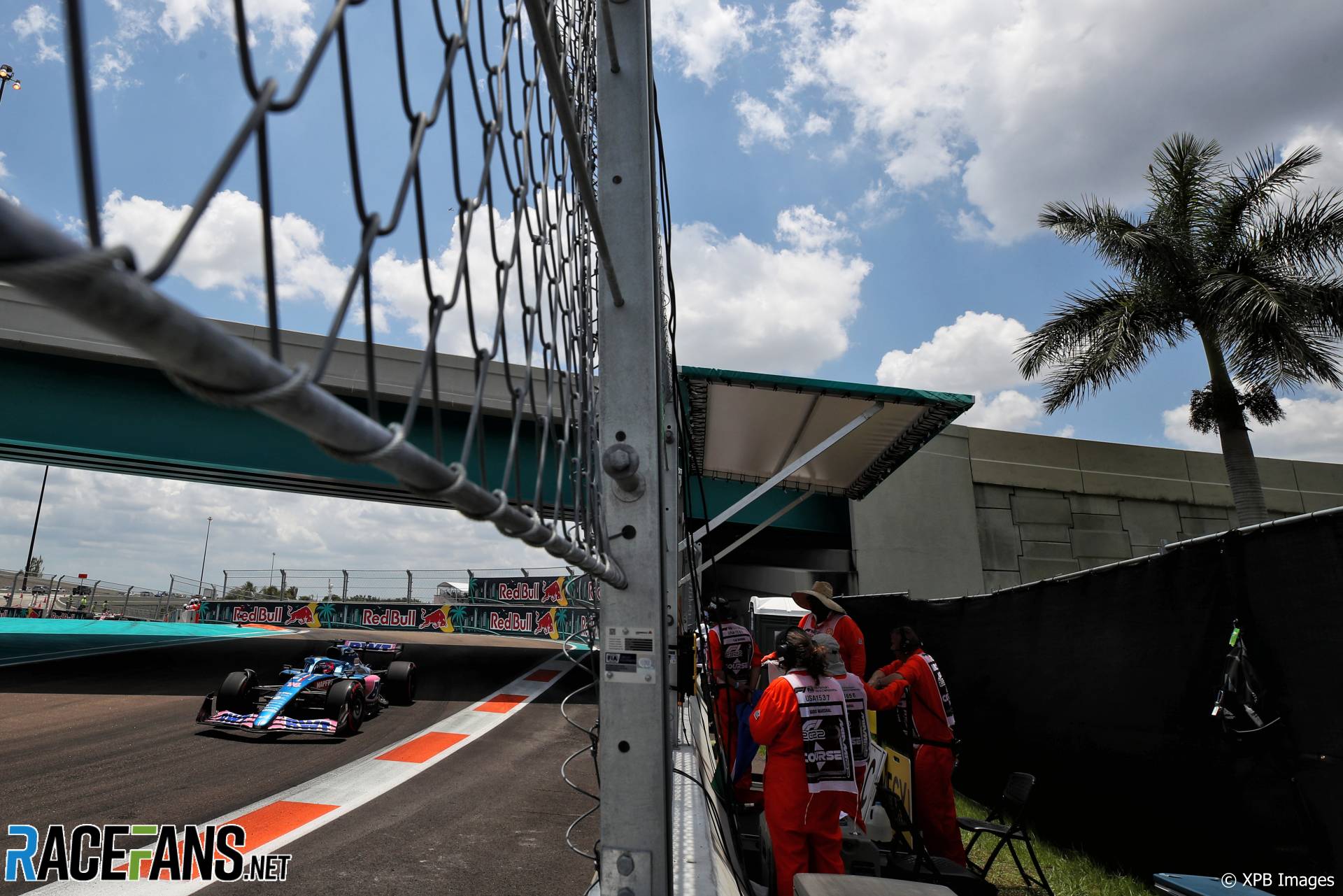 When Liberty Media took over Formula 1 five years ago they had a clear plan for how they wanted to expand the sport and its calendar.

First Liberty announced a new street race in Vietnam’s capital Hanoi. But that had the misfortune to be scheduled in the first year of the Covid-19 pandemic, was cancelled and never reinstated.

However the first of F1’s new American races went ahead this year on a new street circuit, the Miami International Autodrome.

The 2023 F1 calendar will have another street race on a new circuit in Las Vegas. But is the grand prix schedule beginning to feature too many of these city tracks?

Out of the nine races so far this year, six have taken place on temporary tracks. What is the right balance between ‘classic’ permanent tracks and street circuits?

Street circuits offer a challenge apart from regular racing tracks, particularly due to the limited run-off. The inevitable compromises which go with trying to create a racing circuit out of public areas can tax the competitors in different ways, whether it’s the endless braking in brutal temperatures of Singapore, or the sheer narrowness of Monaco.

Of course the value of street racing is it allows F1 to position itself in glamorous locations which adds to the sport’s appeal and success. It was true for Monaco in the fifties and it’s true for Miami today and likely Las Vegas next year.

In person, seeing live racing cars loose on city streets instead of their natural environment is a special offers a different kind of thrill, which doesn’t always come across on television.

Whatever their merits, the number of street circuits on the calendar is becoming excessive. Had it not been for the cancellation of Sochi eight races on this year’s calendar – more than a third – would have taken place on temporary layouts. Plus there’s Las Vegas joining next year and now talk of a French street race in Nice.

The compromises being made to conjure up some of these courses are too great. Drivers were unimpressed with the limited run-off at Jeddah (although those criticisms quietened when a new and even greater safety concern emerged this year) and the poor grip off-line in Miami.

As more street tracks join the calendar, they are increasingly squeezing classic venues off the schedule, to the detriment of the sport.

Street races undoubtedly have their place. F1’s owners want to bring the sport into places where it will gain high visibility, particularly in the US market. To that end, street races in Miami and Las Vegas make sense, even if the tracks are somewhat on the basic side.

But what concerns me is the way street races, once something of a novelty on the schedule, are becoming the default option for any new location joining the F1 calendar. The idea of holding a street race in Nice, just up the road from Monaco, in a country which already has two permanent F1 circuits, is nonsense.

With the addition of Las Vegas next year, F1 will have the trio of US races Liberty Media has long coveted. And with that I think the schedule will be amply supplied with street races.

Does Formula 1 have the right number of street races on the calendar? Cast your vote below and have your say in the comments.

Does Formula 1 have the right number of street circuits on its calendar?

49 comments on “Should Formula 1 stop adding more street circuits to its calendar?”