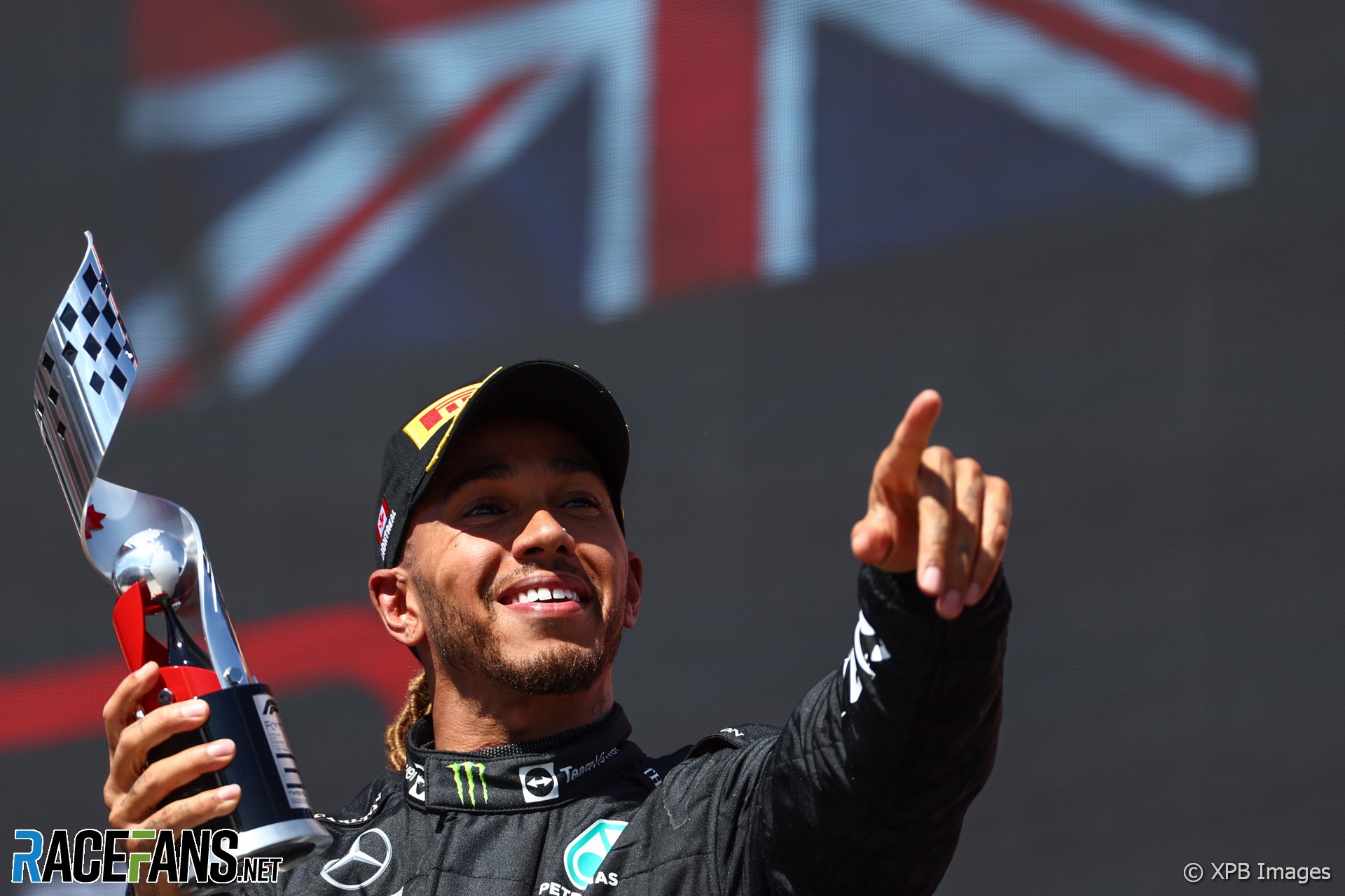 Lewis Hamilton’s return to the podium in last week’s Canadian Grand Prix was especially deserved after the misfortunes he suffered earlier in the season, says Mercedes team principal Toto Wolff.

His third place finish in Canada was Hamilton’s first trip to the rostrum since the season-opening race in Bahrain. Wolff said his driver has lost out due to factors beyond his control in the meantime.

“There were a lot of races that worked against him where he could have scored a podium or a much better result and it was not his wrongdoing, but [simply] bad luck,” said Wolff. “Seeing him now on the positive side and being on the podium without anything in a way gifted, that’s good to see.”

One such misfortune occured to Hamilton in the Australian Grand Prix. He lost a position to George Russell, who unlike his team mate was able to make his pit stop during a Safety Car period, losing less time. A similar situation unfolded in Miami, which gave Russell the opportunity to fit fresher tyre and attack and overtake his team mate.

Hamilton also missed an opportunity to make a stop pit after the team told him on the radio to come in during a Virtual Safety Car period at the Saudi Arabian Grand Prix. In Spain he tangled with Kevin Magnussen on the first lap of the race and had to pit due to a puncture.

Third place for Hamilton in Canada, with Russell fourth, matched the team’s largest points haul of the season so far. Wolff said the team was “very happy” with the gains they have made but admitted the reigning constructors champions are still well short of where they should be.

“We’ve scored five podiums and we’ve seen glimpses of performance that we have but it’s far away from our own expectations on ourselves,” he said.

“So I think you need to take a podium as a good result and especially on merit. I’m happy for Lewis because he was really disadvantaged in some of the races where the Safety Car, for example, went against him. So everybody’s in a good space but still, as I said before, lots of work to do.”