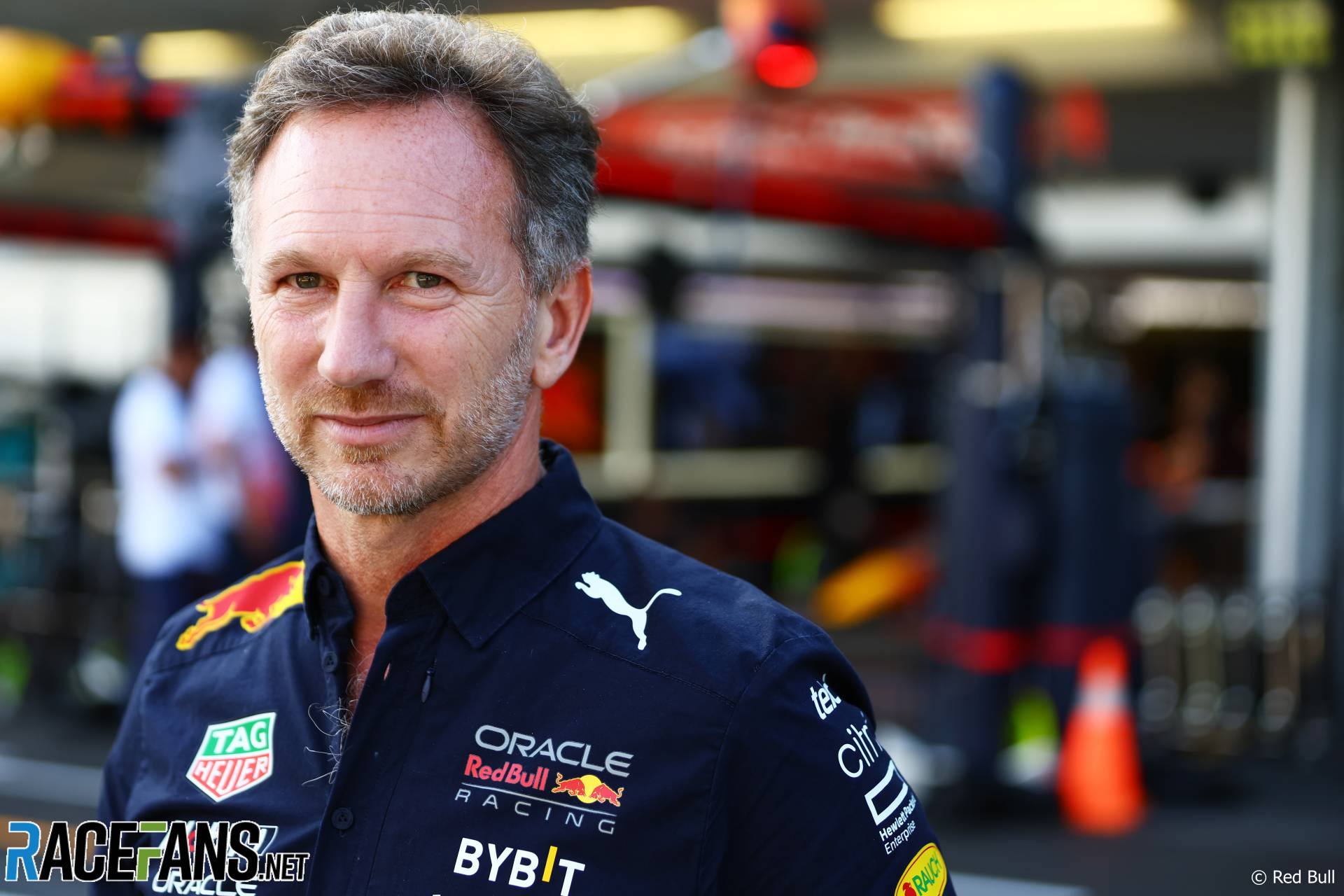 Red Bull team principal Christian Horner believes some of his rivals are exaggerating their concerns over porpoising in the hope of provoking a rules change.

Drivers from several teams have urged the FIA to make changes to the rules in order to reduce the porpoising they have experienced. George Russell has warned a serious crash is likely if the rules aren’t changed.

However Red Bull have largely avoided the bouncing problem, and Horner claimed others are pushing the safety angle to prompt a reaction from the FIA. He said he would tell his drivers to do the same thing if they were in the same position as some of their rivals.

“I’d tell them to bitch as much as they could over the radio and make as big an issue out of it as they possibly could,” said Horner in response to a question from RaceFans. “It’s part of the game. It’s like somebody [diving] in a penalty box.”

Asked whether he believes that is what some teams are doing Horner replied: “Of course it is.”

He said the teams who have problems with porpoising could solve it by raising their ride height, though doing that would make their cars slower.

“You can see it’s uncomfortable,” he conceded. “There are remedies to that but it is to the detriment of the car performance.

“So what the easiest thing to do is to complain from a safety point of view. But each team has a choice.”

Horner said it would not be fair to introduce rules changes which affect the entire grid when some teams are not suffering problems with porpoising.

“If it was a genuine safety concern across the whole grid then it’s something that should be looked at. But if it’s only affecting isolated people or teams, then that’s something that team should potentially deal with.”

“You have a choice when you run your car, don’t you?” he added. “And you should never run a car that’s unsafe. But I think that’s more for the technical guys, because certain cars have issues and there’s some cars that have very few issues.

“It’s important to have a discussion in the Technical Advisory Committee on what’s the next step, what’s the right way going forward,” Seidl explained.

“It’s easy to say ‘it’s easy to stop the porpoising, just adjust the set-up and sacrifice a bit of performance’,” he added. “But in the end, due to the competitive nature of the game we’re in, obviously you want to go to the to the limit of what’s acceptable and also for what the drivers can survive on-track.

“That obviously could go in the wrong direction. That’s why it’s very important to have this discussion.”