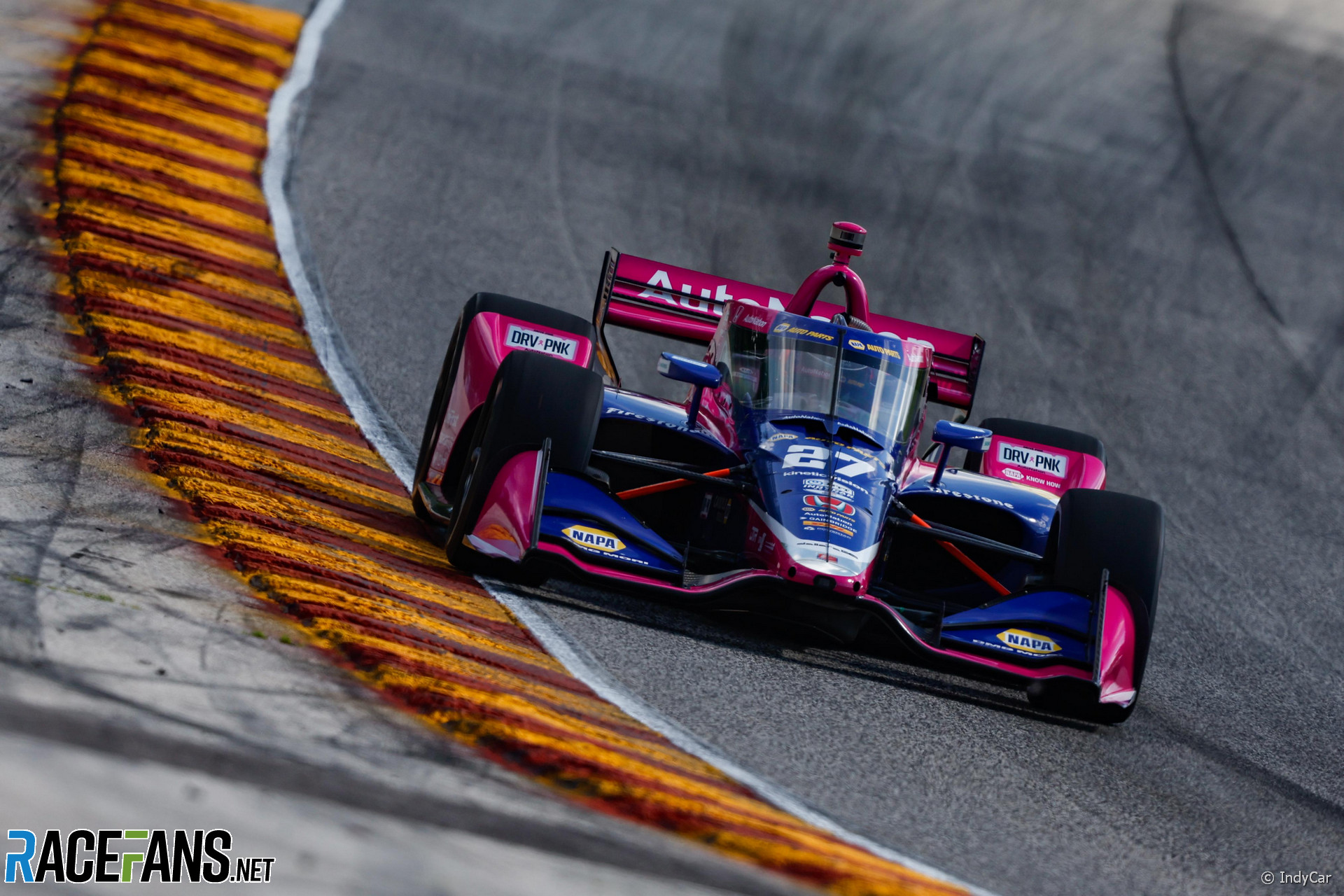 Alexander Rossi has taken pole position for the Grand Prix of Road America, putting himself at the front of the field for the first time in three years.

The Andretti Autosport fleet demonstrated speed throughout qualifying, as Romain Grosjean and Colton Herta the second. But in the crucial battle for pole position on a damp and greasy Road America circuit, Rossi was quickest when it mattered most.

Using a fresh set of the harder primary tyres, Rossi set a 1’44.926 on his first flying lap, then improved to a 1’44.866 on his second. That secured his first pole since race one of the 2019 Detroit Grand Prix

The soon-to-be McLaren SP driver will share the front row in Sunday’s race with Penske’s Josef Newgarden, who set his time of 1’44.937 on a used set of alternate tyres. Chip Ganassi Racing duo Álex Palou and Marcus Ericsson qualified third and fourth, respectively. Herta qualified in fifth, ahead of Pato O’Ward, in sixth.

A frustrated Grosjean narrowly missed out on a place in the Fast Six, his second-round qualifying run was compromised due to a gear selection problem early. He qualified in seventh, ahead of Felix Rosenqvist in eighth. Another all-Scott row materialized in row five – McLaughlin in ninth, Dixon 10th – followed by Simon Pagenaud in 11th.

Callum Ilott, returning after a hand injury sustained in the Indianapolis 500, was the only rookie to advance to the second round of qualifying. In the second round, he went off at the final corner and crashed lightly into the tyre barriers, which brought out a red flag and an end to his session. Ilott emerged unscathed with no further injuries.

Further back in the field, IndyCar Series points leader Will Power missed out on advancing out of his group into round two. He qualified 15th – just one position better than where he won from in Detroit a week ago.

Meanwhile, Tatiana Calderón will line up 25th, and the returning Simona de Silvestro driving for Ed Carpenter Racing-supported Paretta Autosport will start 27th. It will mark the first time that two women will take the green flag for an IndyCar race since 2015.

In another testament to the close competition in IndyCar, Rossi became the eighth different pole-winner in eight races this season – the longest streak of different pole winners to open the season since 1961.