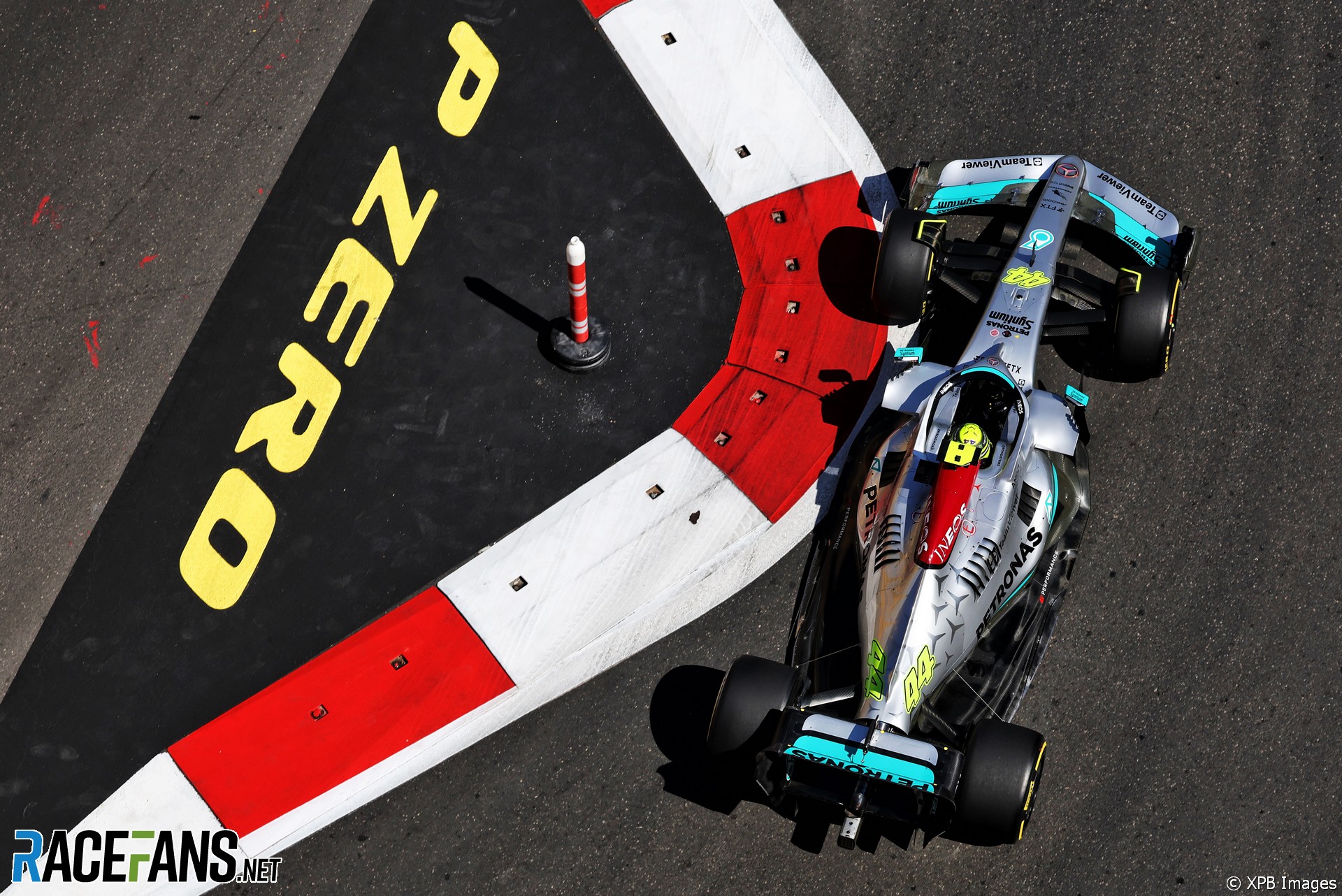 He said he felt “a bit sore” after ending practice in 12th place. “We’re hitting some serious speeds at the end here and it’s bouncing a lot,” he explained.

Hamilton said the team are in a similar position to the previous round in Monaco, where he finished eighth. “It’s pretty much the same as in the last race, really,” he said. “Mostly bouncing.”

He and team mate George Russell ran different set-ups on their cars in the second session. Russell ended up three-tenths of a second quicker than his team mate, 1.3 seconds off the pace.

“We tried something experimental on my car and it didn’t feel that great to be honest,” Hamilton explained. “But at least we tried it and got data on it and now we’ll go through it and hopefully for tomorrow we’ll probably revert back to what we changed.”

Russell admitted the team “weren’t as competitive as we would have liked” after a “tricky day” of running. The team has often found it difficult to gets its tyres into the optimum operating window on the first lap this year.

“It’s again a tricky track to get the tyres in the right window,” he said. “You see a number of drivers, their fastest laps are coming right at the end of a run, whereas Ferrari and Red Bull seem to be able to turn it on.

“But at the moment they just have inherently a faster car than us and we’re doing everything we can to try and catch up.”

However Russell believes even if Mercedes are able to get the most out of their tyres “we’re definitely not going to fully close that gap.”

“They’re just too far ahead,” he said. “So that’s really 50% of our issue. The rest is just the lack of performance we have at the moment.”