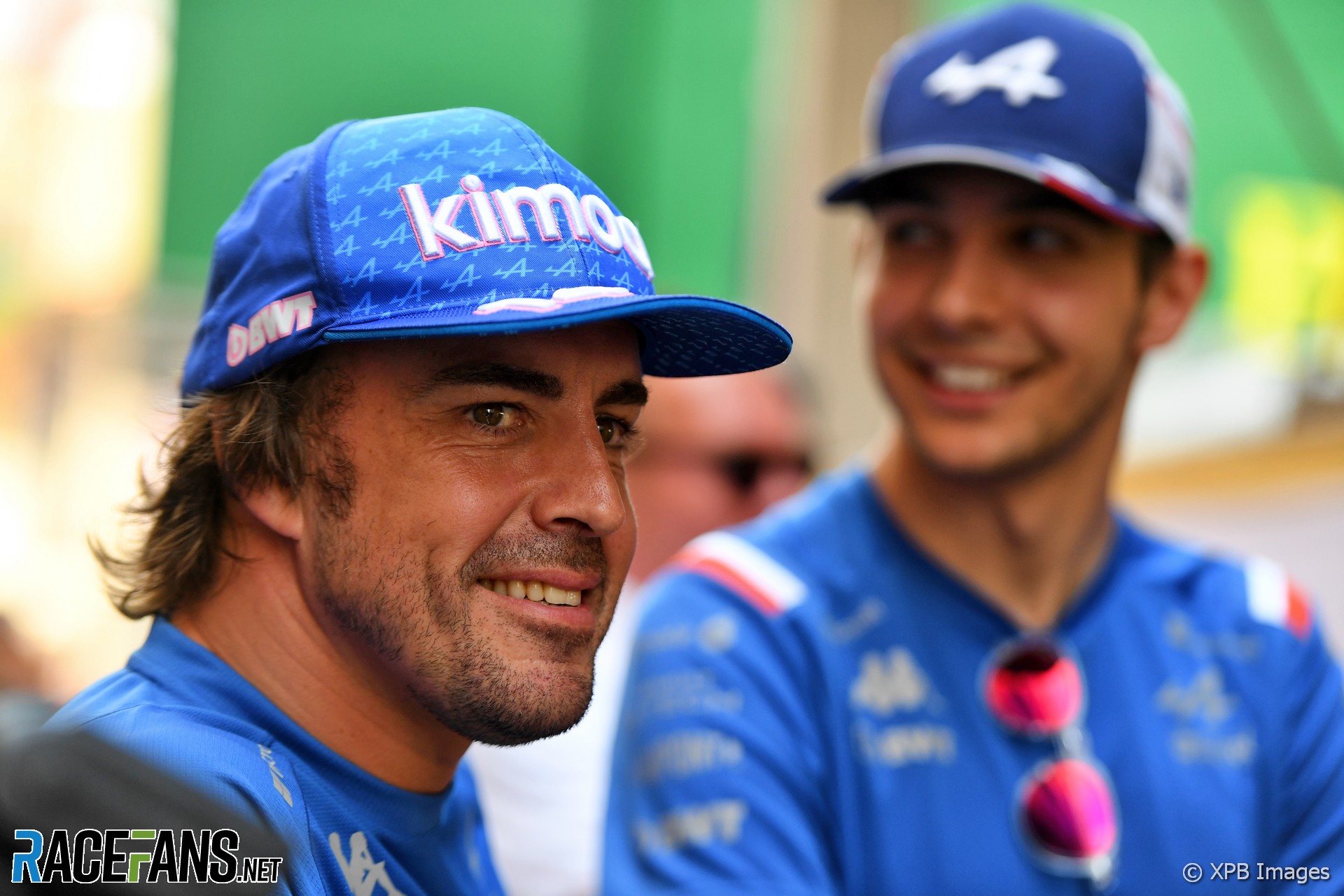 In the round-up: Fernando Alonso says the value of Formula 1’s drivers to the series justify excluding their salaries from the budget cap.

Don't miss anything from RaceFans - join us on Facebook here to see whenever a new article has been added:

Formula 1 drivers’ salaries remain exempt from the cap which was introduced on teams’ budgets last season, as does the pay of some other top team members. Alonsoo, one of F1’s highest-earners, said the growing demand on drivers’ time justifies keeping their salaries unrestricted.

“I don’t think it’s needed,” he said. “Drivers have been always outside this topic and I think the drivers, they are using us more and more to promote Formula 1.”

Alonso’s first season in Formula 1 was in 2001, when the calendar consisted of 17 races. This year 23 were planned. Alonso said the series is putting greater and greater demands on drivers’ time for publicity purposes.

“We do more and more events,” he said. “We are more in contact with the fans, the paddock. They are asking more and more from us and they are benefiting from that. So we should be outside of that cap.”

The first Jakarta Eprix, which took place last Saturday, took an exceptionally heavy toll on the competitors. Air temperatures in the Indonesian capital were over 32C, with track temperatures well in excess of 50C and full sunlight, along with tropical humidity.

Venturi confirmed to RaceFans that Lucas di Grassi lost 3kg of weight over the course of the 48-minute race, comparable to what Formula 1 drivers lose during Singapore Grand Prix, which is held in comparable conditions and lasts almost twice as long.

Formula E cars generate much lower g-forces than Formula 1 machines do, but they are significantly heavier and have no power steering. While an F1 car becomes significantly lighter over the course of a race as its fuel load decreases, the same is not true of an FE car.

The reduced power of DRS due to Formula 1’s 2022 regulations should not lead to less overtaking during the Azerbaijan Grand Prix, Mick Schumacher believes.

“I would imagine to see more action and overtaking,” the Haas driver said. “We know that DRS this year isn’t as powerful as it used to be but I’m sure with the cars being able to follow closer, we’ll be able to arrive or stay closer to the car ahead in the last part of the race track and then maybe we won’t need that high DRS power anymore to get by into [turn one].”

Schumacher is looking for his first career points finish this weekend. “It was one of our highest finishes last season, so I hope with a more competitive car we’re able to be higher up as well and have a good race,” he added.

We've all raced each other since 2011. Alex was a few years older than us, so he was sort of competing against (Nyck) De Vries at the time in KF1 I remember. And he's always been there, he's always been one of the very best. So it's no surprise to me and (I’m) happy to see that he's back in Formula 1 and, I think, has cemented his position.

Maloney: 'For me, you can't get much more all-round than what Lewis does on the track – I'd say him straight away. I think you can be a bit more aggressive than Lewis is, more towards how Max is.'

Winners, losers from IndyCar in Detroit: Poor qualifiers were good, Graham Rahal was not (Indy Star)

Perhaps the best proof of the above point: Rosenqvist’s number seven team failed to warn him that, as he was leaving the pits during round one of qualifying, Jimmie Johnson was fast approaching. Rosenqvist popped out right in front of Johnson attempting to run a hot lap, and the Swedish driver was docked his two fastest laps and forced to start 25th on Sunday.

Additionally, due to long delays, our dedicated team has worked around the clock and gone above and beyond in order to prepare every car for these rounds. We must ensure the wellbeing of our staff and put their health first, therefore the most responsible decision we can take is to run a compact setup for these rounds.

Looking at the points deficit between Lewis Hamilton and George Russell, Tielemst asks if there might be a difference in approach between a driver used to winning races and a driver finding he can fight for podiums for the first time at Mercedes:

Might it be a difference in race attitude as well here? Lewis seems to always have the bigger picture in mind, fighting for the championship, not the race win.

That’s the only way I can explain his “retire the car, save the engine” comment, which in my opinion was the most disappointing element in his slow start to the season.

George is having a go at a race and a podium. He doesn’t seem too preoccupied by saving engines for later in the season
Tielemst