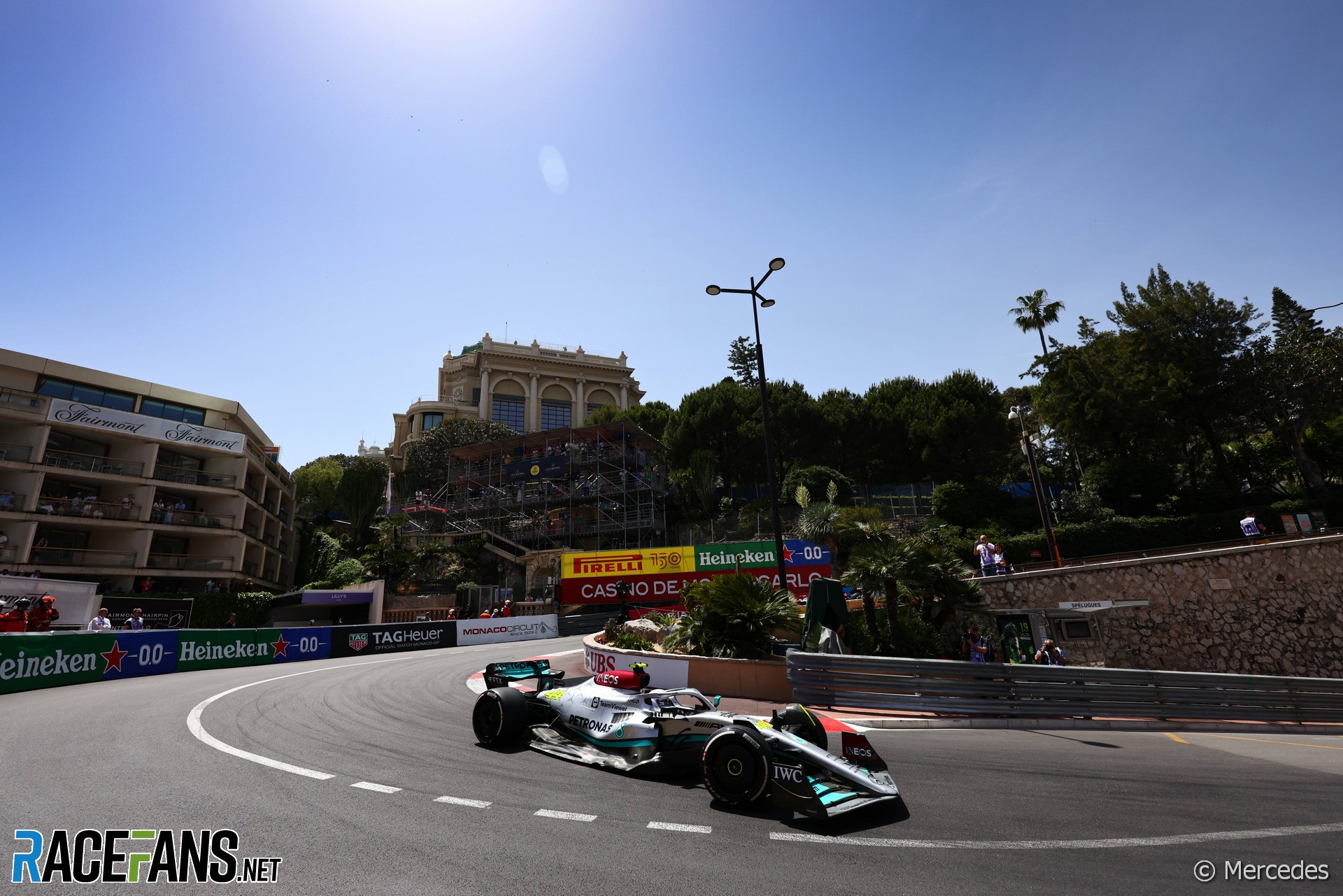 Mercedes team principal Toto Wolff is confident Formula 1 will agree terms with the Monaco Grand Prix promoter to keep the race on the calendar.

The historic venue held its first grand prix before the world championship began and has only been absent from the calendar once since 1955, due to the Covid-19 pandemic two years ago. However its current deal expired after this year’s race.

Despite speculation over its future, Wolff sees a strong chance Monaco will reappear on the 2023 F1 calendar.

“I think there is a commercial debate to be held,” he said. “But both parties clearly will find a compromise because we need Monaco and Monaco needs Formula 1.”

He expressed some frustration at the confined track layout after Lewis Hamilton lost a significant amount of time in the second half of Sunday’s race due to Fernando Alonso slowing ahead of him.

“If a car can really slow down by almost five seconds and hold everybody up, it’s just a shame for the racing here,” said Wolff. “So maybe we can look at the track layout or things we can do so we’re not having a procession and it’s basically a strategy game or a qualifying race.”

However he admitted hopes of modifying the track layout were “wishful thinking” due to the limited space available. “I wouldn’t know where else we can drive than around these roads,” Wolff admitted.

McLaren team principal Andreas Seidl is especially fond of the race and hopes F1 CEO Stefano Domenicali will agree terms to keep it on future calendars.

“It’s my favourite race weekend of the year, since ever,” said Seidl. “I just like the tradition, the history.

“I like the atmosphere here in this city during the race weekend. I like the walk in the morning from the other bay into the city and in the evening. So therefore, I would be very happy if we keep coming to Monaco.

“In the end, how the race calendar looks like is a decision Stefano has to make. As you know, there is huge interest from a lot of different venues to host a race.

“At the same time Stefano as a racing guy with a long career also in Formula 1 I think is also aware that it’s important to have the right mix between traditional races plus new venues.

“But last, but not least, obviously also the financial aspects also play an important role. So in the end I’ll leave that to Stefano to decide how that would look like in the future.

“Does Monaco need Formula 1? I can’t judge. Does Formula 1 need Monaco? From my personal point of view yes, but obviously there’s a bigger picture as I just explained that needs to be considered.”