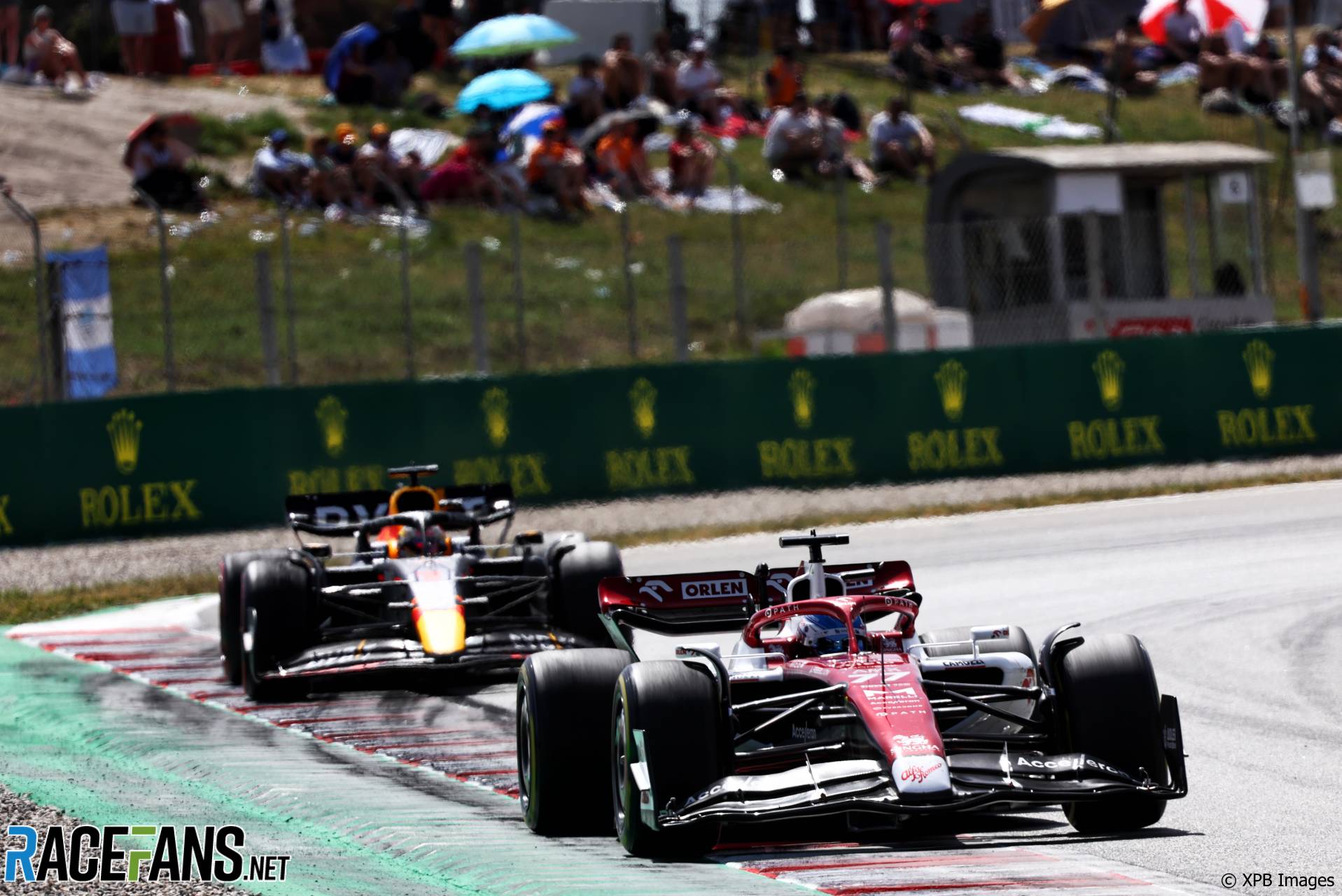 Valtteri Bottas says a gamble on a long final stint in the Spanish Grand Prix left him unable to take advantage of Lewis Hamilton’s problems at the end of the race.

The Alfa Romeo driver ran a two-strategy on a day when most drivers came in three times. His first stint was 14 laps on soft tyres, followed by a 20-lap stint on a fresh set of mediums. That left him needing to cover 32 laps to the chequered flag on another set of mediums.

However Bottas said his final stint was a stretch too far to remain competitive. He ran as high as third at times, aided by problems for the Ferrari drivers and Hamilton, and hoped a podium finish might be possible at one stage.

“When you are at those positions and things are going smoothly and you see things happening to other cars, you were thinking that, ‘okay, it could be could be my day.’

“I think strategy-wise we took a bit of a risk. We left the last stint to be very long. In the end it was too long, the tyres died towards the end. But, I mean, we tried.”

He believes the two-stop strategy was a risk worth taking under the circumstances. “Today we had the chance to choose are we going to be the best of the rest, or are we going to try something more? So we tried something different.

“It didn’t work out but the risk was pretty minimal and there was not that much threat from behind.”

Hamilton slowed suddenly with a water leak at the end of the race. Bottas suspects he might have been able to pass him had he run a more conventional strategy, but said the Alfa Romeo probably wasn’t quick enough on the day to finish much higher than his eventual sixth place.

“I think there’s just not quite enough pace. Maybe, with the issues Lewis had towards the end, if we would have had a bit shorter last stint [it] could have been maybe possible. But anyway it’s still good points.”

Alfa Romeo’s upgrade package for Barcelona had clearly improved the car’s competitiveness, relative to Miami, Bottas added. “At some times of the race, our pace was actually pretty strong.

“So definitely, it was crucial to get those upgrades that we had this weekend because we’re going to need that big rear wing [in Monaco] for sure.”