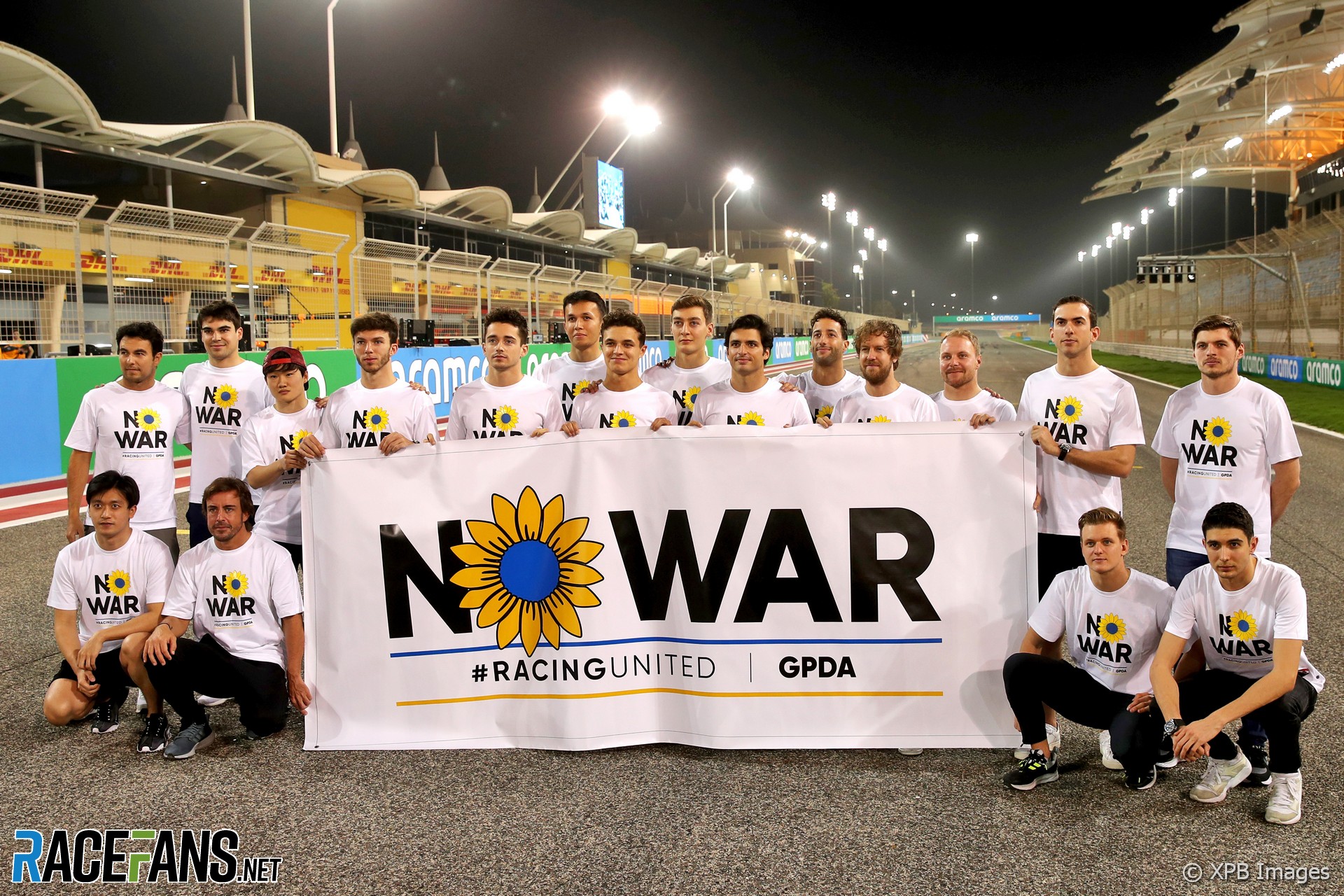 Former Haas Formula 1 driver Nikita Mazepin and his father Dmitry have been sanctioned by the European Union for supporting or benefiting from the Russian state following the country’s invasion of Ukraine two weeks ago.

The Mazepins are named under the second category. Dmitry Mazepin is the owner of Uralkali, which was the title sponsor of Haas until the team cut its ties with the fertiliser manufacturer last week.

The sanctions include the imposition on travel restrictions and the freezing of their economic resources.

“He is a natural person associated with a leading businessperson (his father) involved in economic sectors providing a substantial source of revenue to the Government of the Russian Federation, which is responsible for the annexation of Crimea and the destabilisation of Ukraine.”

In a statement today Uralkali demanded a refund of the sponsorship money paid to Haas for the 2022 season.

The EU confirmed Dmitry Mazepin, whose wealth is estimated at several billion dollars, is subject to sanctions because his company is a major financial contributor to the Russian economy, and was closely linked to Russia’s president, Vladimir Putin.

“Dmitry Arkadievich Mazepin is the owner and CEO of the mineral fertiliser company Uralchem,” the EU’s statement noted. “Uralchem Group is a Russian manufacturer of a wide range of chemical products, including mineral fertilisers and ammoniac saltpetre. According to the company, it is the largest producer of ammonium nitrate as well as the second-largest producer of ammonia and nitrogen fertilisers in Russia.

“Dmitry Arkadievich Mazepin is thus involved in economic sectors providing a substantial source of revenue to the Government of the Russian Federation, which is responsible for the annexation of Crimea and the destabilisation of Ukraine.

“On 24th February 2022, in the aftermath of the initial stages of Russian aggression against Ukraine, Dmitry Arkadievich Mazepin, along with other 36 businesspeople, met with President Vladimir Putin and other members of the Russian government to discuss the impact of the course of action in the wake of Western sanctions.

“The fact that he was invited to attend this meeting shows that he is a member of the closest circle of Vladimir Putin and that he is supporting or implementing actions or policies which undermine or threaten the territorial integrity, sovereignty and independence of Ukraine, as well as stability and security in Ukraine. It also shows that he is one of the leading businesspersons involved in economic sectors providing a substantial source of revenue to the Government of Russia, which is responsible for annexation of Crimea and destabilisation of Ukraine.”

Formula 1 drivers today gathered at Bahrain International Circuit for a display of solidarity with Ukraine, arrange by the Grand Prix Drivers Association. Lewis Hamilton was the only race driver not present as his flight to the country was delayed.