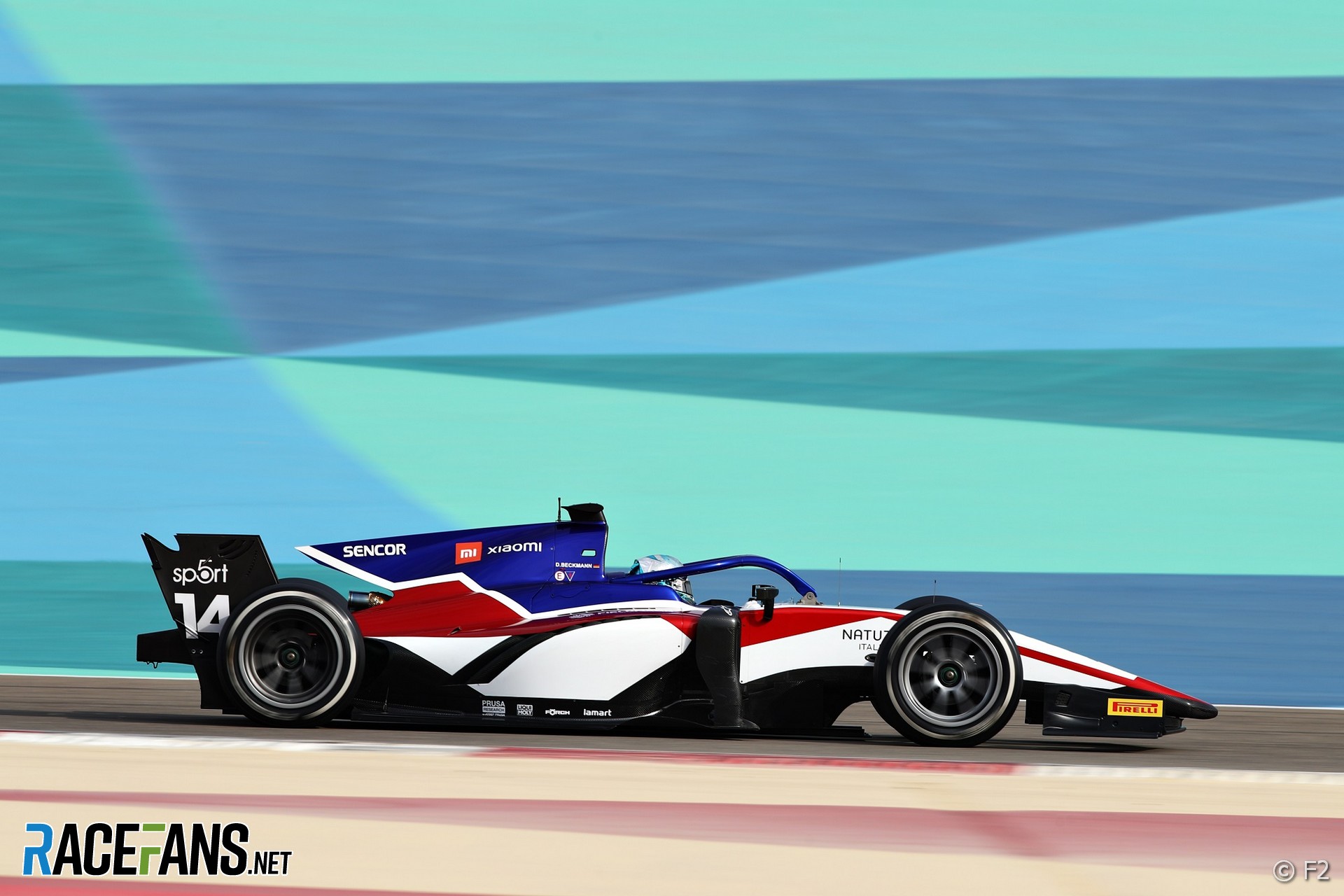 Formula 2 team bosses have objected to the series being used as a “test bed” for synthetic fuels before they are introduced to Formula 1.

However F2 CEO Bruno Michel said there is no doubt the series will press ahead with plans to introduce the new fuels.

F1 intends to switch to synthetic fuels, which produce fewer emissions, in 2026, as part of its goal of becoming a net zero producer of carbon by 2030. F2 and F3 team bosses stressed their support for the change to greener fuels but said junior championships were not the correct place to evaluate such new technologies.

F1 technical director Pat Symonds explained the series’ rationale for trialling the new fuels in lower categories before they are used for grands prix.

“With Formula 1, we have multiple fuel companies involved, have different types of engine and it does have to be perfect. We can’t formulate a fuel which would advantage one engine against another. So it’s a big problem.”

However Carlin team boss Trevor Carlin, of Carlin and François Sicard of DAMS took issue with F1’s plan. The pair said they object to customer racing series, in which drivers pay to compete, being used to develop technologies for the wealthier manufacturers and teams which participate in Formula 1.

“I don’t think it really makes a lot of sense for us to be a test bed for Formula 1,” said Carlin in response to a question from RaceFans. “Because everything we’ve got is spec. We’re not allowed to change anything.”

“I really don’t think that would be wise for us to be taking on,” Carlin continued, “because this is a customer championship, Formula 2 and our drivers are paying us to drive. It’s a little bit unfair if we’ve then got to deal with a development programme, those drivers are paying for development for Formula 1.

“Formula 1 teams have a lot of money, a lot of resource and engine companies. So I think that type of work, they should be doing themselves and we shouldn’t really get involved hopefully we’ll benefit from it when they’ve done the work for a change.”

DAMS team principal Sicard agreed, saying that the only justification for using F2 and F3 to test the fuels would be if it provided better value. “We have spec cars and we have to keep in mind that the purpose of this championship is to promote drivers and to help them to develop and to grow and to be able to step to Formula 1 if they are good enough.

“We should concentrate on that and we should keep in mind [that] the focus should be more on the cost rather than on experimentation. So if experimentation means reducing the costs, yes. Otherwise I don’t think it’s the goal or the purpose of Formula 2 to experiment for Formula 1.”

However, speaking exclusively to RaceFans, F2 and F3 CEO Bruno Michel disagreed with the view the series were to be used as a test bed for F1.

Michel also addressed Carlin’s concern over increased costs. “The teams are not paying any cost for this kind of development,” he said. “The promoter is doing it, so it has nothing to do with the teams. So I don’t really understand when when they go along that route. And as I said, we’re not testing, we’re developing something for us. If Formula 1 is using the same technology in the future, fantastic.”

“We need to provide drivers for Formula 1 and in some specific instances [it’s] quite good that they’ve been doing things with us that they will do Formula 1 in the future.

“I think, as an example, the 18-inch tyres. I saw a very good interview with Tsunoda last week saying that he thought he was going to have an advantage in Formula 1 because he drove with 18-inch tyres in F2. The whole purpose of our series is to [train] drivers for Formula 1 so I think it’s quite important also that you can do that.”

Michel has no doubts the trial of sustainable fuels in F2 and F3 will go ahead. “I would not go into this debate about is it a test for Formula 1,” he said. “It’s something that we want to achieve and that we can achieve probably easily and more rapidly than Formula 1 can do it. And we are going that route for sure.”