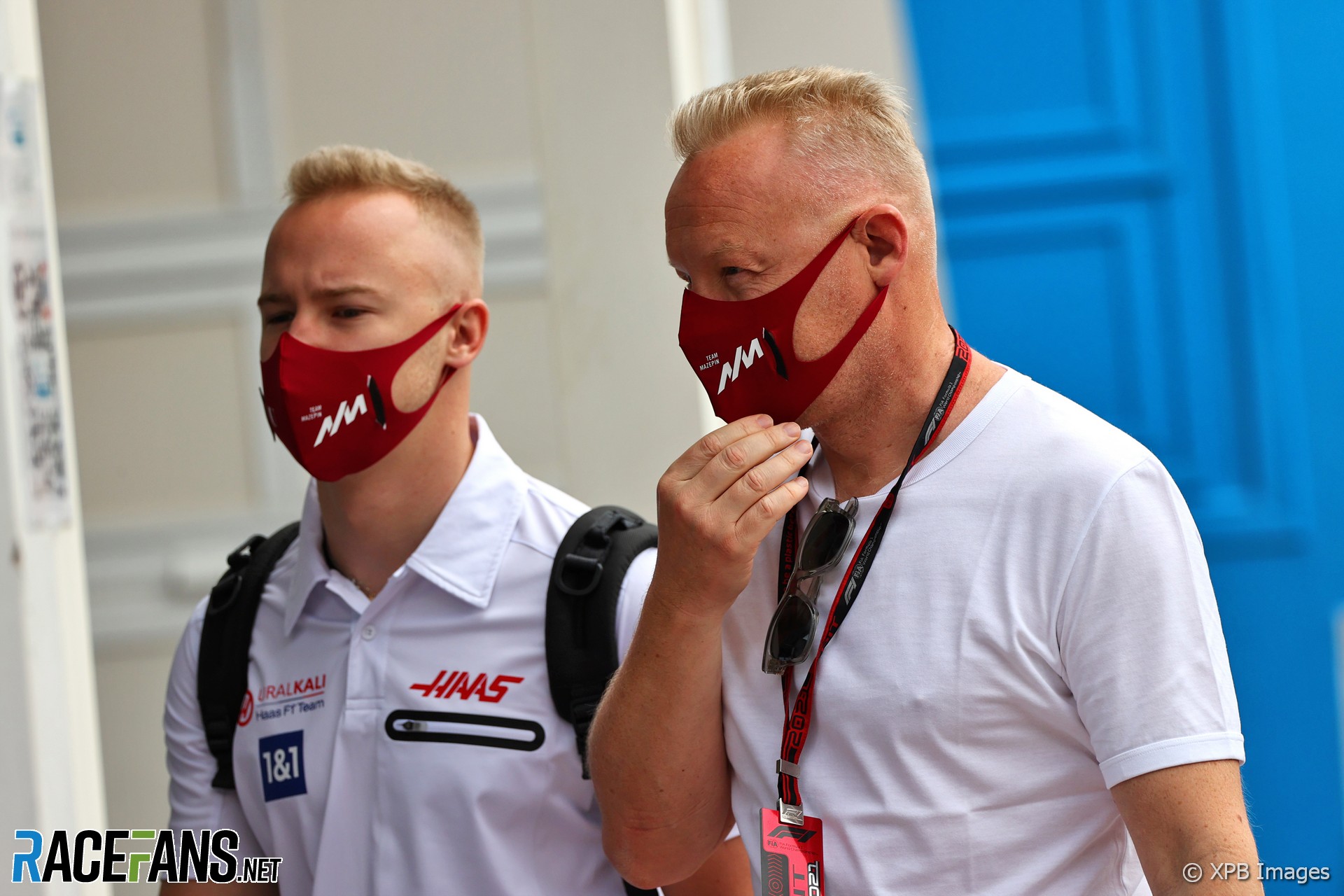 Haas’s title sponsor Uralkali threatened to pull its backing from the team during the 2021 Formula 1 season in an internal row over Nikita Mazepin’s car.

The new series of Netflix’s Drive To Survive, which is due to arrive next week, reveals how Mazepin’s father Dmitry, the owner of Uralkali, warned the team he would pull their backing if they did not switch chassis between his son and team mate Mick Schumacher.

Mazepin and his father began to raise doubts over the parity between his chassis and Schumacher’s grew over the opening races of the season. Mazepin was consistently out-qualified by his team mate and finished behind him.

However the Mazepin camp remained unconvinced. In an exchange with team adviser Jesper Carlsen at the Spanish Grand Prix, Dmitry Mazepin warned: “If it doesn’t change, I will send an official letter that we stop financing and stop racing.”

“It will be a huge problem with the money,” Mazepin continued. “And they will decide what to do because we will not keep this ‘let’s do, let’s do, let’s try, let’s try.’ We already tried [for] three races and if we remove the Uralkali, we stop racing. Switch the cars. Everybody knows that someone has an advantage.”

Carlsen advised Steiner of Mazepin’s warning he would “pop a formal letter” about “withdrawing” from Formula 1 because he “thinks there’s a difference between the cars.”

During last year’s two races in Austria, Nikita Mazepin made public comments about having driven with a heavier chassis than his team mate. Mazepin received a new chassis for the second half of the season, starting from the Belgian Grand Prix, three months after the Spanish race.

Steiner confirmed last year one of its chassis was heavier than the other, but said it had been rotated between the two drivers.

Asked by the programme makers whether he was concerned Mazepin would withdraw the Uralkali backing, Steiner replied: “I don’t want to go there on an interview.”

Haas launched their car for the 2022 season once again bearing Uralkali branding and logos. However, following Russia’s invasion of Ukraine, the team removed the branding for the final day of testing, also stripping it from their motorhome at the Circuit de Catalunya.

Haas is yet to confirm Uralkali’s status with the team for the remainder of the season. Junior series team Hitech GP, which was also previously sponsored by Uralkali, is no longer carrying its logos this year.