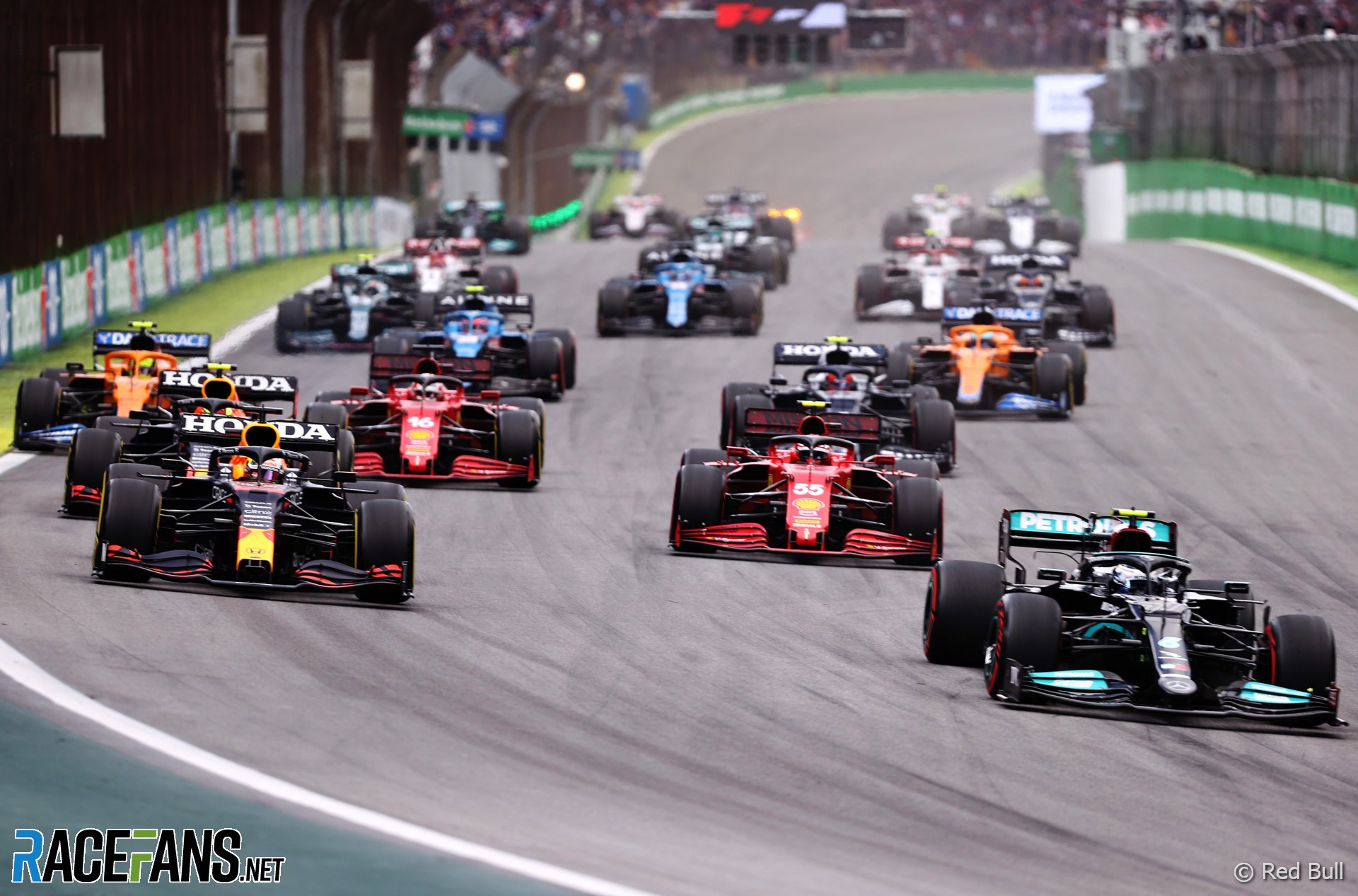 Formula 1’s changes to its sprint race format for the 2022 season left the Williams drivers unclear on the rules for the upcoming championship when asked for their views on the revisions.

The series considered a number of changes to the format for the new season, including making the Saturday races stand-alone events which did not decide the grid for Sunday’s grand prix. That plan was dropped – the sprints will continue to set the grid – but F1 announced the driver who tops conventional qualifying on Friday will be regarded as the pole position winner for the weekend “for statistical purposes”.

However Nicholas Latifi was under the mistaken impression F1 had decided to proceed with the stand-alone race plan following complaints over the format used last year.

“It’s great that F1 has showed that they were going to be flexible and reactive to if it seemed like it wasn’t working out,” said Latifi. “Clearly there were some criticisms about the format, and there was a lot of suggestions of ways to improve it.

“I think what they have done is probably exactly what a lot of people wanted to see, that’s for a sprint race having no bearing on Sunday’s race, meaning Friday’s real qualifying sets the grid as it always has, and that’s just an extra kind of shoot-out.”

One change which has been made for 2022 is an increase in the number of points available in sprint races. The top eight drivers will now score instead of the top three. Latifi praised the change, saying “people actually have something to gain because now it’s the top eight score.

“So drivers will probably feel more incentive to risk something knowing there’s more points-paying positions and knowing that there’s not as much consequence for Sunday’s race,” he continued.

Latifi’s team mate Alexander Albon admitted he was “a little bit confused” about F1’s plans for sprint races in 2022. “I was told that the grid for the main race has changed a little bit and that seems a little bit strange, that side of it,” he said.

After the details of the new format were explained to him, Albon said: “Okay, sounds good.”

He also believes awarding drivers more points will add to the action in this year’s three sprint events.

“I feel like drivers are going to put a little bit more on the line now there’s more points up for grabs,” he said. “I think that’s all for it.

“The racing should hopefully be good, the cars should follow better. We have to see how that plays out. I think it’s a good thing. I think they’ve chosen good tracks as well, which tend to promote good racing and we’ll have to see.”

F1 originally capped the number of points available in sprints at just three for a win last year due to concerns the importance of the grands prix would be lessened if the extra races yielded a significant reward. However Williams team principal Jost Capito is confident that increasing the maximum score to eight would not undermine Sunday’s races.

This year’s revisions to the format were prompted by responses from fans, Capito added. “This came out of the questionnaire and the research the FOM had done with the fans globally and that was what the fans wanted, and I think it’s right to do what the majority of the fans want. And if that increases the interest of the fans, it’s the right thing to do.”