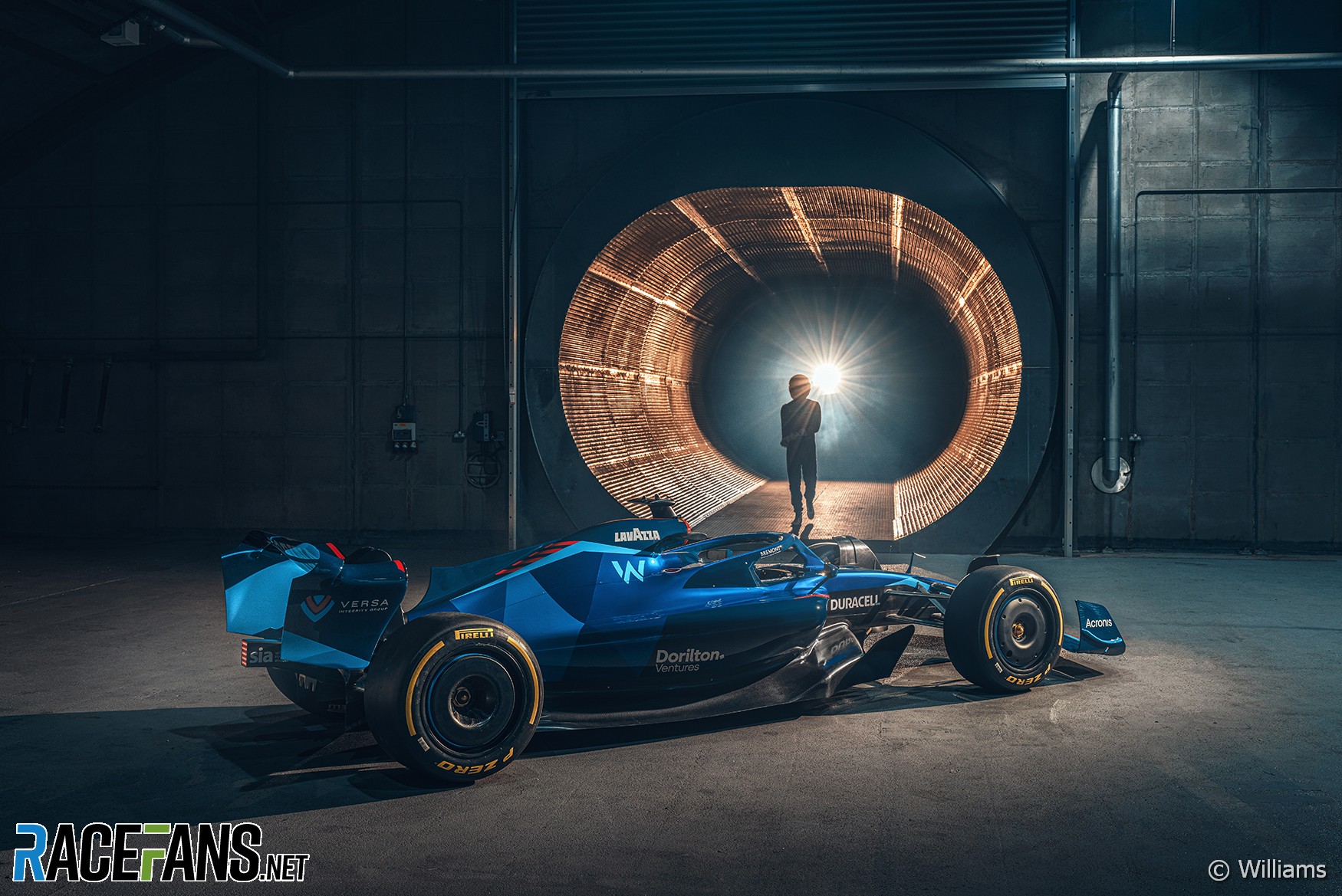 Williams intends to run its new FW44 for the first time today after presenting its new livery on a show car.

Team principal Jost Capito said there had been no delay in the completion of its first chassis.

“No, it’s all on plan,” Capito told media following the live online presentation of its livery. “It should have run a bit earlier today, but we had an issue on the electronics that had to be solved.

“We’ll take it now a bit longer that we start at 2pm instead of 1pm. And I accept this one-hour delay.”

Williams suffered a nightmare start to their 2019 season when the team failed to complete its FW42 chassis in time for the start of the first test. The car did not run for the first time until the third day of testing.

Capito said the team launched its season without the new car in order to display its revised colour scheme for 2022. “We wanted to show something proper on the livery,” he explained.

“We’re working on the livery, we wanted to have that perfect and that’s why we could only do it on the show car because it took a while to do. The race [car] itself is just getting ready.”