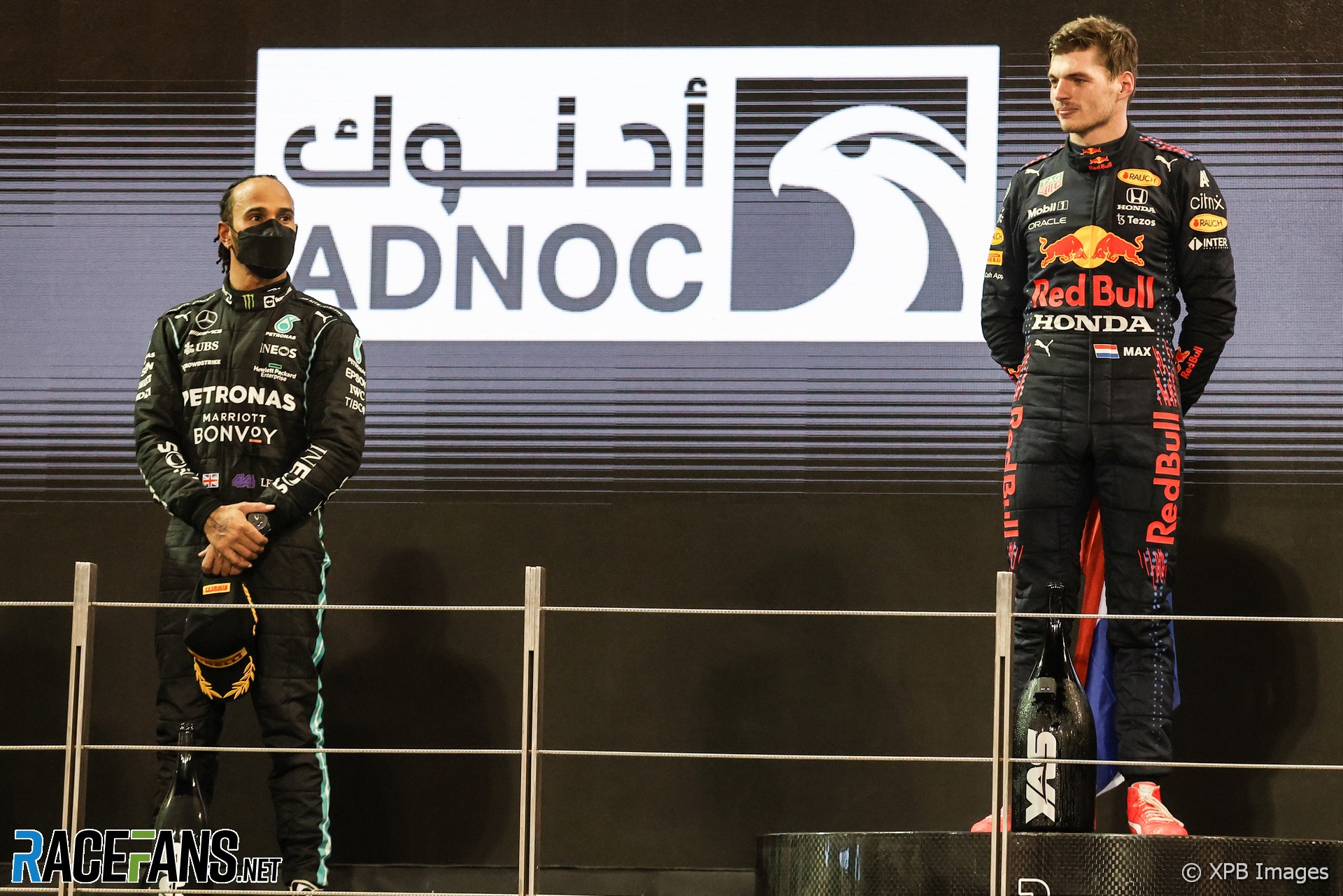 The first indication of how the FIA will resolve the questions thrown up by the controversial conclusion to the 2021 Formula 1 season emerged last week.

The sport’s governing body is caught on the horns of a dilemma in the wake of the Abu Dhabi row. Having promised a “detailed analysis and clarification exercise” relating to the way in which the race was restarted, which had an obvious effect on the outcome of the world championship, it now needs to find a solution which is acceptable to all parties.

On the one hand it has Red Bull and its newly-minted world champion, Max Verstappen. Any outcome which may cast doubt on the validity of his success would be both undesirable and unfair because, whatever may have gone wrong in the final laps at Yas Marina, he wasn’t to blame.

But on the other side is seven-times world champion Lewis Hamilton and his team Mercedes, who are equally blameless, and clearly feel deeply wronged by the events of Abu Dhabi. They came close to appealing over the handling of last year’s finale, Hamilton has remained silent since then and Mercedes’ team principal Toto Wolff has spoken of their disillusionment over the handling of the title-deciding race.

This is the problem now facing the FIA: Whatever it decides in light of Abu Dhabi, and whatever action it takes, it will inevitably be seen as a judgement on whether that championship-deciding race was handled correctly. And, therefore, whether the right man won.

Both sides have already made one point clear: There is no mechanism by which the outcome of the 2021 world championship may be changed. Wolff admitted as much when the team decided not to proceed with an appeal and the FIA’s secretary general for sport Peter Bayer made the same point last week. Verstappen will have the number one on his car and his crash helmet this year.

Bayer’s recent comments gave an encouraging indication that the FIA appreciates the need to avoid a repeat of the farcical end to the 2021 championship. This comes after their original statement on the matter in mid-December gave cause for concern, as it referred to a “significant misunderstanding and reactions from Formula 1 teams, drivers and fans” over how the race had been handled, suggesting the problem lay not with the race itself, only how it was perceived.

Seven weeks on, the FIA seems to grasp this is a much deeper problem than a simple matter of optics. Abu Dhabi left many fans wondering whether F1 intends to be a sporting competition or merely a made-for-television spectacle. They should be reassured by Bayer’s indication the FIA is considering significant changes in race control.

These include dividing up the race directors’ current responsibilities between multiple roles to ease the burden upon them. This looks like a smart move. The duties of the race director expanded under Charlie Whiting then – following his sudden death ahead of the 2019 season – were largely transferred to Michael Masi, with a few exceptions. The pressures of the pandemic added new layers of complexity, compressed the calendar and led to a series of new venues being added to the championship at much shorter notice than usual, including in the lead-up to last year’s season finale, all of which added to the burden upon Masi.

Other changes which Bayer indicated are under consideration include giving more remote support to the race director from a permanent, ‘mission control’-style base away from the track. And the practice of allowing team principals to lobby the race director over how incidents should be handled looks likely to end – a necessary move even if it smacks of closing the stable door after the horse has bolted.

The sport’s governing body appears to be taking its first steps in the right direction. But this remains a uniquely difficult matter to tackle because whatever the FIA does next, any change in its future practice may be interpreted as an admission of past errors.

In its initial response to the debacle the FIA noted the raced had provoked “an argument that is currently tarnishing the image of the championship and the due celebration of the first drivers’ world championship title won by Max Verstappen.” It is clearly anxious to avoid undermining the status of its new world champion.

The difficult balancing act it faces is how it can do that while also regaining the confidence of its most successful driver. His continued silence is no doubt calculated to ensure that point is lost on no one.

But the sport also needs to regain the trust of many fans who – irrespective of their allegiances – were unimpressed by a race in which the application of the rules bore little resemblance to what had gone before.