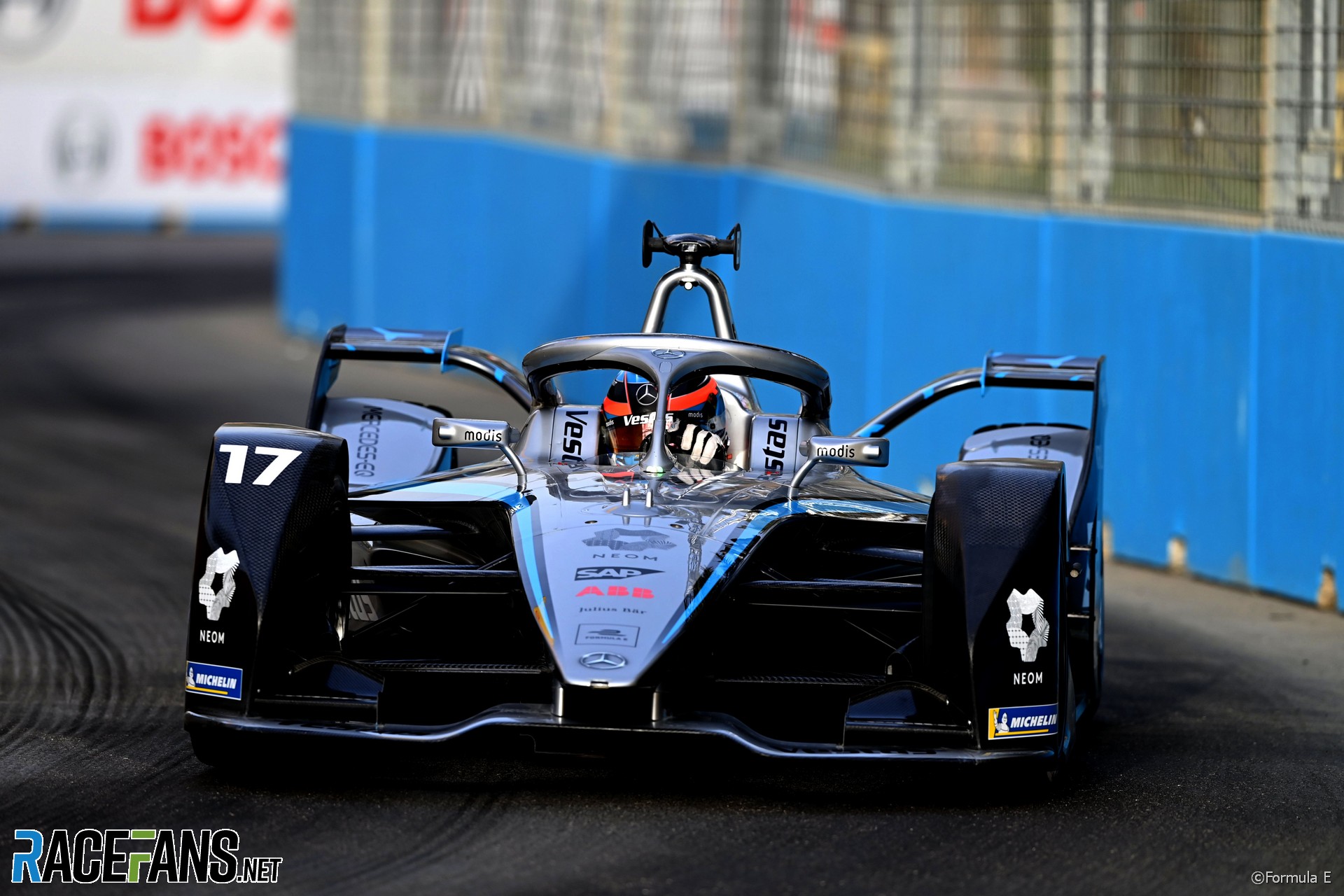 De Vries made it two poles out of two for Mercedes after team mate Stoffel Vandoorne took pole for the opening race yesterday. Mortara will line up alongside the world champion on the front row of the grid after only just missing out by just 0.005 seconds.

Semi-finalists Robin Frijns and Lucas di Grassi will start on the second row of the grid, ahead of Andre Lotterer’s Porsche in fifth and the two Techeetahs of Jean-Eric Vergne and Antonio Felix da Costa in sixth and seventh. Oliver Rowland was eliminated from his quarter final, but a three-place grid penalty for a collision with Frijns in yesterday’s opening race will see him fall to tenth.

A bizarre situation occured in the second quarter final between Da Costa and Di Grassi, where Da Costa failed to leave the pitlane after receiving a green light, meaning Di Grassi was unable to join the track before the pitlane closed. Di Grassi was eventually permitted to take to the track after Da Costa had completed his lap and ultimately eliminated the Techeetah driver. Da Costa remains under investigation by the stewards for impeding.

Of the drivers who failed to progress through to the duels, yesterday’s polesitter Stoffel Vandoorne was the most notable casualty. The Mercedes driver could only manage the sixth-fastest time in Group B, meaning he would start only 12th for this evening’s race. Jake Dennis, who finished on the podium in third place in yesterday’s opening race, could not advance through to the duels after going only fifth fastest in Group A, but will inherit eighth on the grid after Rowland’s penalty.

Sam Bird hit the wall during group qualifying, damaging his Jaguar and dooming him to 21st on the grid. After a crash in the morning practice session, Envision driver Nick Cassidy was unable to participate in qualifying and will start from the back of the field.