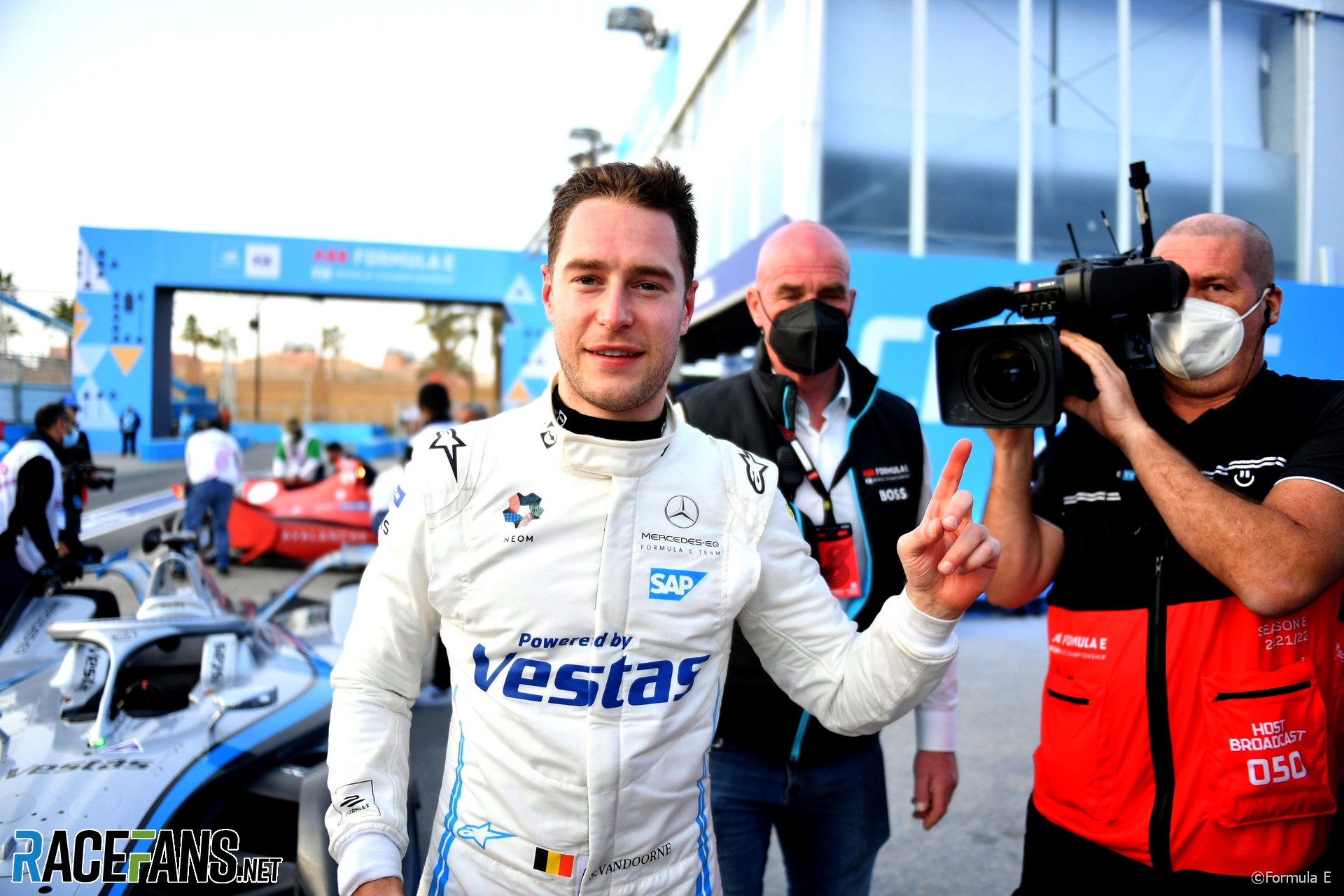 Vandoorne defeated Andretti driver Jake Dennis in the final to secure the first pole position after beating Nick Cassidy in the quarter final and then Mercedes team mate Nyck de Vries in the semi final.

A mistake by Dennis in the final saw him touch the wall at turn 14 and drop three tenths of a second to Vandoorne. Dennis will therefore line up on the front row with De Vries in third and Andre Lotterer in fourth.

Jaguar’s Sam Bird will line up fifth on the grid, ahead of the two Envisions of Nick Cassidy and Robert Frijns. Oliver Rowland in the Mahindra should have been starting from eighth after being the slowest of the eight duels qualifiers, but a three place penalty for driving too slowly in the pits drops him to 11th on the grid.

Of the drivers who failed to reach the head-to-head shootout stage of qualifying, Lucas di Grassi and Maximillian Guenther start eighth and ninth after being fifth fastest in their respective group sessions. Pascal Wehrlein and Edoardo Mortara will start behind them in tenth and 12th – split by the penalised Rowland – after Mortara hit the barriers at turn one at the end of the second group session.

Rookies Dan Ticktum and Antonio Giovinazzi had a disappointing session, with the pair only managing to secure 20th and 22nd on the grid.

The opening race of the 2022 Formula E season will begin at 8pm local time (5pm GMT).