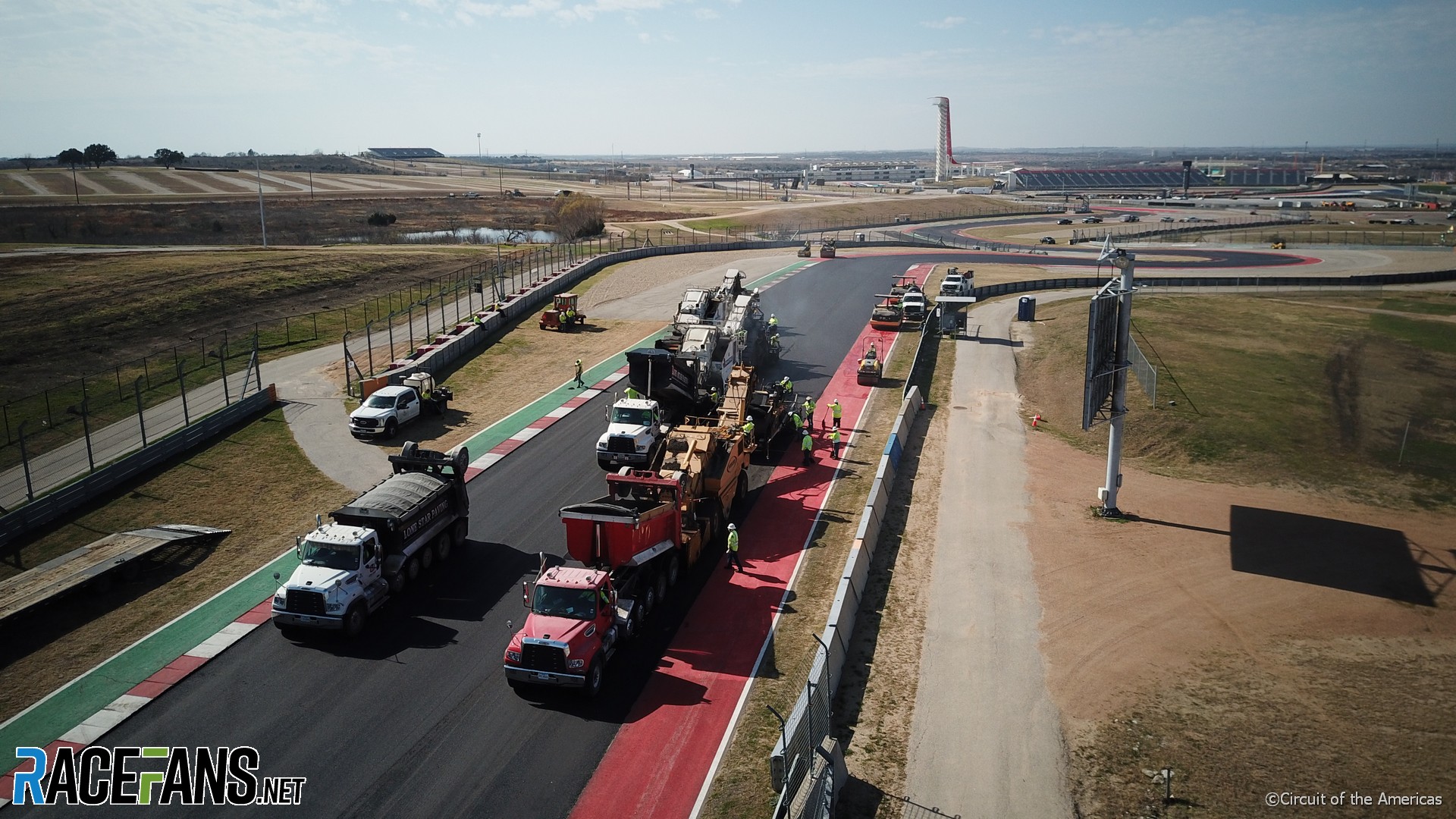 The Circuit of the Americas is undergoing heavy resurfacing efforts to eliminate the track’s notorious bumps ahead of the new season.

The circuit outside Austin in Texas which hosts the United States Grand Prix confirmed new work to repave its 5.5km grand prix layout and reinforce the asphalt in key areas has begun.

It is the latest effort by the circuit to address the recurring issue of bumps, which have caused many years of complaints by the competitors of both Formula 1 and Moto GP.

In 2015, Williams drivers Valtteri Bottas and Felipe Massa both retired from the US Grand Prix due to suspension failures which the team attributed to the uneven track surface. Moto GP riders’ complaints over the track reached a tipping point last year, with eventual champion Fabio Quartararo likening COTA to a motocross track and riders threatening not to race at the venue in 2022 if their concerns were not addressed.

The Circuit of the Americas confirmed that has enlisted consultants to identify and correct the most troublesome sections of asphalt using ground penetrating radars and laser mapping software. The fast, downhill right-hander of turn two and the left hand kink over the crest at turn 10 at the far end of the circuit will also have concrete pads installed to reinforce the asphalt above them.

The stadium section from the left-hand corner of turn 12 at the end of the back straight through to the multi-apex sequence of turns 16, 17 and 18 is also being completely repaved.

Meanwhile IndyCar venue Road America in Wisconsin will have a fresh surface applied to its full six-and-a-half kilometre length following the 2022 season.