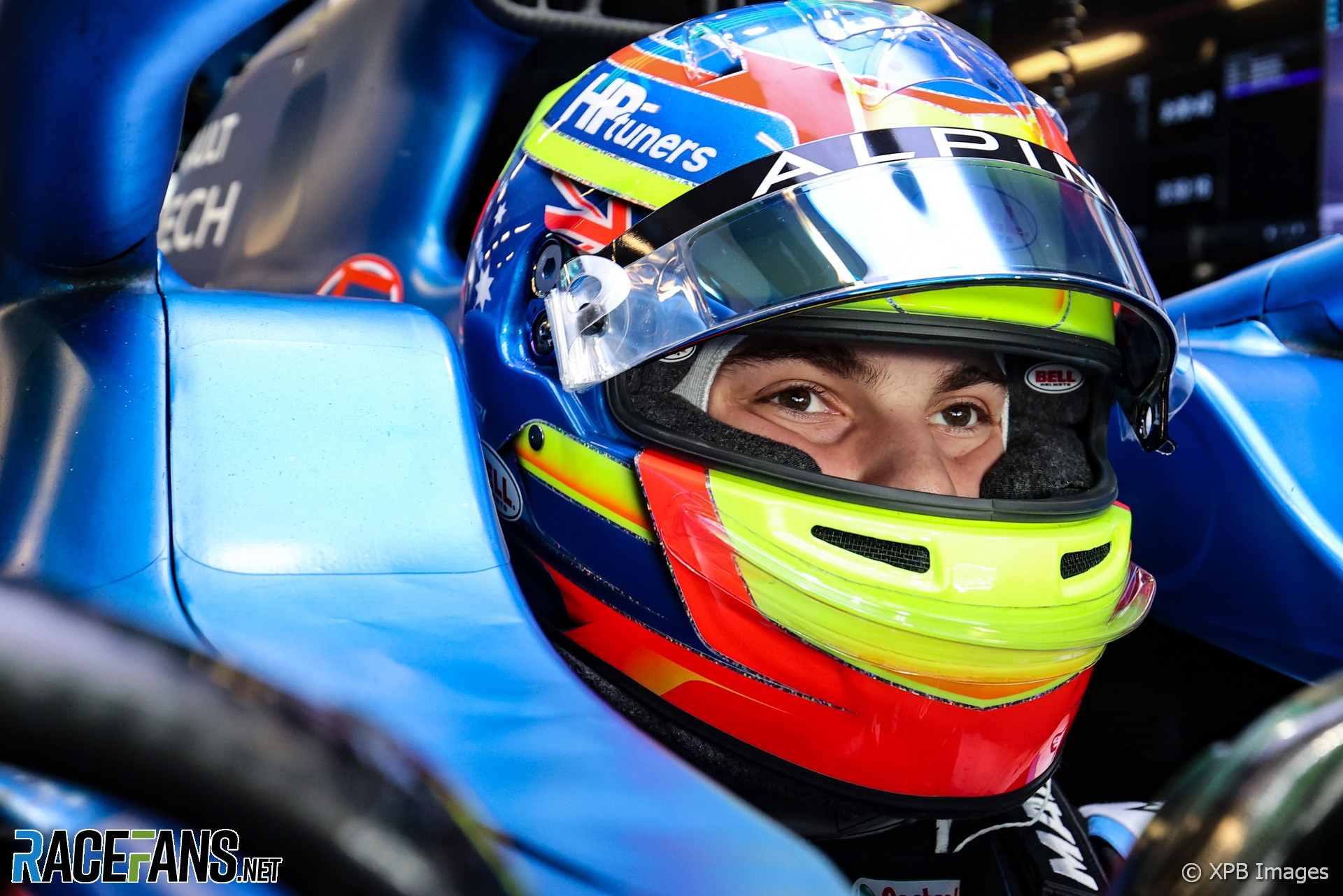 In the round-up: Callum Ilott says Formula 2 champion Oscar Piastri must land a Formula 1 seat next year having been overlooked for promotion in 2022.

Former F2 driver Ilott said IndyCar is a “new start” for him after failing to win promotion to F1 himself. However he feels strongly that Piastri, who won the F2 title as a rookie next year, must not be passed over for promotion.

“You always believe that that’s not going to happen to you and at the end of the day, it does,” said Ilott. “Life’s like that.”

However he said his situation is not the same as Piastri’s. “It’s a bit different in the sense that there wasn’t availability for the support package that he had for this year. So I wasn’t surprised, in that sense [that he wasn’t promoted].

“What would be a surprise if at the end of this year if he didn’t have a seat for the following year. Because you can have a year off as we’ve seen with many drivers, but if he doesn’t get one at the end of the end of the year, I’ll be very surprised and that will be an injustice to junior formula and the single seater ladder that we have.”

However Ilott acknowledge there is a shortage of spaces in F1 for talented drivers emerging from F2. “It’s 20 seats and most of them are filled by the guys who have proven and earned that seat for a long time,” he said. “At the end of the day, it’s expensive for the teams, it’s expensive for the sponsors and you’ve got to fit into that package. And unfortunately, it doesn’t always work.”

Sam Bird has extended his time with Jaguar with a new three-year contract which will see him remain with the team into the arrival of Formula E’s ‘Gen3’ era in 2023. Bird is one of two drivers to have competed in every single Formula E race (the other is Lucas di Grassi) and the only one to have won a race in all seven previous seasons, having competed until 2021 with the then-Virgin team.

F1’s sprint race sponsor Crypto.com had $15 million worth of cryptocurrency Ethereum stolen from it, which is now being laundered through another Ethereum-based technology which ‘mixes’ the cryptocurrency to make it untraceable, specialist site CoinDesk reported.

Abu Dhabi Racing by PREMA announces that Rafael Camara will not participate in the @Official_F4UAE opener due to health reasons.
The Brazilian will be replaced by Andrea Kimi Antonelli.
The team wishes Rafael a speedy recovery… pic.twitter.com/21KT8AXFgJ

Tavares says 'electrification is a technology chosen by politicians, not by industry' (Automotive News)

"He also said a ban on internal combustion engine vehicles by 2035 in Europe means carmakers need to start transforming their plants and supply chains quickly. 'The brutality of this change creates social risk,' he said."

"The 17-year-old Spaniard racer has won several national titles as well as the IAME Winter Cup in 2018 and the prestigious FIA Karting Academy Trophy the following season. In 2020 Boya made a remarkable debut in single-seaters as he fought for the Formula 4 Spanish title and took three wins and fourteen podiums in the process. Last season, Mari took the next step by joining the European series, where he became the fourth best rookie."

"The 19-year-old was a double race winner in the championship in 2021, with both victories coming at Donington Park, including the season finale in October."

"Produced for Formula E by BBC StoryWorks Commercial Productions, Change Accelerated series takes you to unlikely places, meeting unique and inspiring characters around the globe who'll share what makes Formula E a true trailblazer in the world of sport."

Formula E is introducing a new qualifying format to try to make the way it sets a grid fairer; Brian suggests maybe it could be an option to shake up Friday qualifying for sprint events.

Hats off to them here. Whatever about the quality of the racing or the cars, I really like the sound of this qualifying format. It might sound a little complicated on paper, but I think in practice it’ll work really well. Not that I’d like to see it replace F1 qualifying outright, but it might be fun to see it as the Friday qualifying for Saturday sprint races.
@bealzbob

Get the best of our motorsport coverage after every F1 race in your inbox – sign up for the free RaceFans email Newsletter: