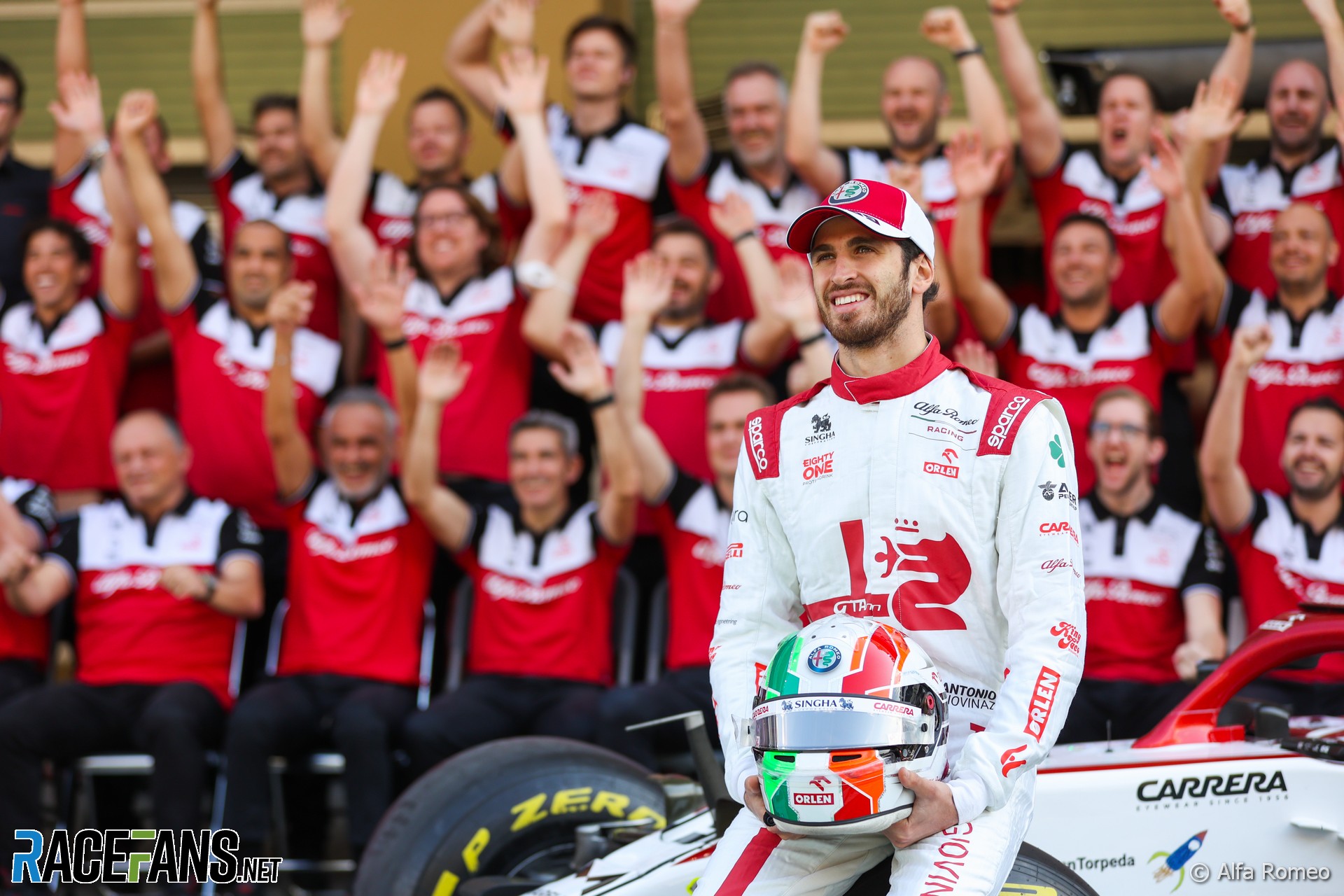 When Red Bull-backed Pierre Gasly was pushed to the final race of the 2016 GP2 championship by Prema team mate Antonio Giovinazzi, it felt like Formula 1 was looking at a glimpse of its future.

But five years later, Gasly’s stock is high, while Giovinazzi appears to have raced his 62nd and final round in the sport’s premier category.

Although offered a lifeline to share reserve driver duties with Mick Schumacher for the upcoming 2022 season, there is no obvious route back to a full time spot on the grid for the 28-year-old Italian.

Back in 2017, Antonio Giovinazzi’s Formula 1 career had begun in unusual circumstances.

The only Italian to race in F1 over the last ten years, it’s hard to believe Giovinazzi was never a part of the Ferrari Driver Academy. But after impressing on his way to narrowly missing out on the GP2 title as a rookie, Ferrari offered the then 22-year-old a run in the Marenello simulator before signing him to be their F1 third driver for 2017.

What was supposed to be a glorified internship for Giovinazzi suddenly became all the more intense when Sauber race driver Pascal Wehrlein injured himself during the Race of Champions in the winter, forcing him to miss pre-season testing. Ferrari lent their new third driver to Sauber to stand in for Wehrlein during testing, but when the German announced he was not ready to compete in a race after Friday in Albert Park, Giovinazzi was offered an unlikely opportunity to make his F1 debut.

With the new, ultra-high downforce F1 cars for 2017 catching many young drivers out, Giovinazzi made a strong opening impression in Albert Park, only just missing out on reaching Q2 on debut by two tenths of a second despite only an hour’s experience of the circuit. In the race, he kept his nose clean to finish in 12th, ahead of Stoffel Vandoorne’s McLaren.

His second race weekend as substitute in China was less successful, however. Two identical shunts exiting the final corner in consecutive days in qualifying and the race left him apologising to the Sauber team who had offered him such a rare opportunity.

When Wehrlein had recovered well enough to reclaim his seat, Giovinazzi commenced his Ferrari third driver duties, but was given seven Friday practice runs with Haas over the rest of the 2017 season. The next year, there was again little racing for Giovinazzi to enjoy – save for a works Ferrari GT drive in the Le Mans 24 Hours – but he continued his Friday practice programmes, this time for Sauber.

Ferrari opted to promote their remarkable young talent, Charles Leclerc, to the team for 2019, freeing a seat at Sauber. With the team adopting full Alfa Romeo branding for the 2019 season and beyond, the chance to put an Italian driver in a team branded with one of the most romantic of Italian marques was too perfect to pass up and Giovinazzi was granted his first full season in Formula 1.

But his lack of racing had left him rusty, which was clear from how he managed only a single points finish over the opening half of the season compared to team mate Kimi Raikkonen’s seven appearances in the top 10. Once he had shaken off the cobwebs, however, Giovinazzi began to out-qualify his former world champion team mate more often than not, but often lost out to Raikkonen during races. Crashing out of the Belgian Grand Prix on the final lap from a points-paying position due to an unforced mistake was the most glaring error of his entire campaign.

However, in the chaotic closing laps of the Brazilian Grand Prix, Giovinazzi kept his cool to finish fifth behind Raikkonen and secure Alfa Romeo’s best result of the year by far. He had shown enough over the course of the year to be rewarded with a second season for 2020, but with Ferrari’s driver academy hardly lacking in exciting prospects for the future, he would need to show a marked improvement to justify continued investment in his career.

Alfa Romeo’s 2020 campaign was hampered by the team being a secondary victim of Ferrari’s compromised power unit for the season, but that did not stop Giovinazzi from opening the year with a ninth place finish after out-performing Raikkonen on both Saturday and Sunday.

Despite narrowly besting Raikkonen in the qualifying battle over the course of the year, Giovinazzi too often struggled to emulate his team mate’s race pace once again. His team asked him to allow Raikkonen by in both of the opening two Red Bull Ring races and the Italian Grand Prix at Monza, before crashing out at Spa for the second year in a row while Raikkonen was calling for the team to intervene once more.

A frustrating season saw only two further top ten finishes as Giovinazzi ended the season level on points with Raikkonen. It was a respectable enough result with enough progress having been made over 2019 for team principal Frederick Vasseur to sign him to a “thoroughly deserved” contract extension for 2021.

Giovinazzi’s third full season with the team proved to be the most impressive, with him jumping out to a convincing 8-1 lead in the qualifying battle over Raikkonen in the first phase of the year. But yet again, he would often find himself behind his team mate at the chequered flag despite starting ahead on the grid. By refusing to allow the quicker Raikkonen easy passage in Turkey, Giovinazzi likely cost his team a points finish as the pair closed on the slow, non-stopping Esteban Ocon on the final lap.

In spite of Giovinazzi’s improved pace, points of his own were even harder to come by. He only scored twice all season, finishing 11th four times. Mexico marked a low point in his relationship with his team, who he felt pitted him from a good position too early and he watched his chances of solid points fade away while Raikkonen took eighth, leaving him bitterly frustrated.

But by now, Raikkonen had one eye on his impending retirement and Mercedes’ decision to promote George Russell to their factory team had made Valtteri Bottas an attractive available agent. When Alpine approached Alfa Romeo about a seat for Guanyu Zhou, it appeared Giovinazzi’s days were numbered.

After announcing he would be leaving Alfa Romeo and F1 for 2022 and join Dragon’s Formula E efforts for next season, Giovinazzi felt his and Alfa’s efforts had not produced the results they deserved in his three full years on the grid. But he still has pride in his development over that time.

“I’m happy with myself, with the progress,” he said. “I grew up like a driver, like a person. If I see myself in race one in 2019 and see myself now, I’m for sure a better driver and a better person.”

“I always [try] in my career to think positive, and I want to think that this is not my last race,” he said ahead of the Abu Dhabi Grand Prix. “For now, I will now, for sure, focus on my new challenge, but we do hope that in 2022 I can come back.”

With Ferrari choosing to retain Giovinazzi’s services for 2022 as reserve driver, the door to a future in Formula 1 has not completely shut for the sport’s only Italian driver of the last decade. However, for it to continue, it will likely need a similar stroke of misfortune for a full-time driver that enabled his unlikely debut back in 2017.

9 comments on “From super-sub to superfluous: Giovinazzi’s development not enough to save F1 career”