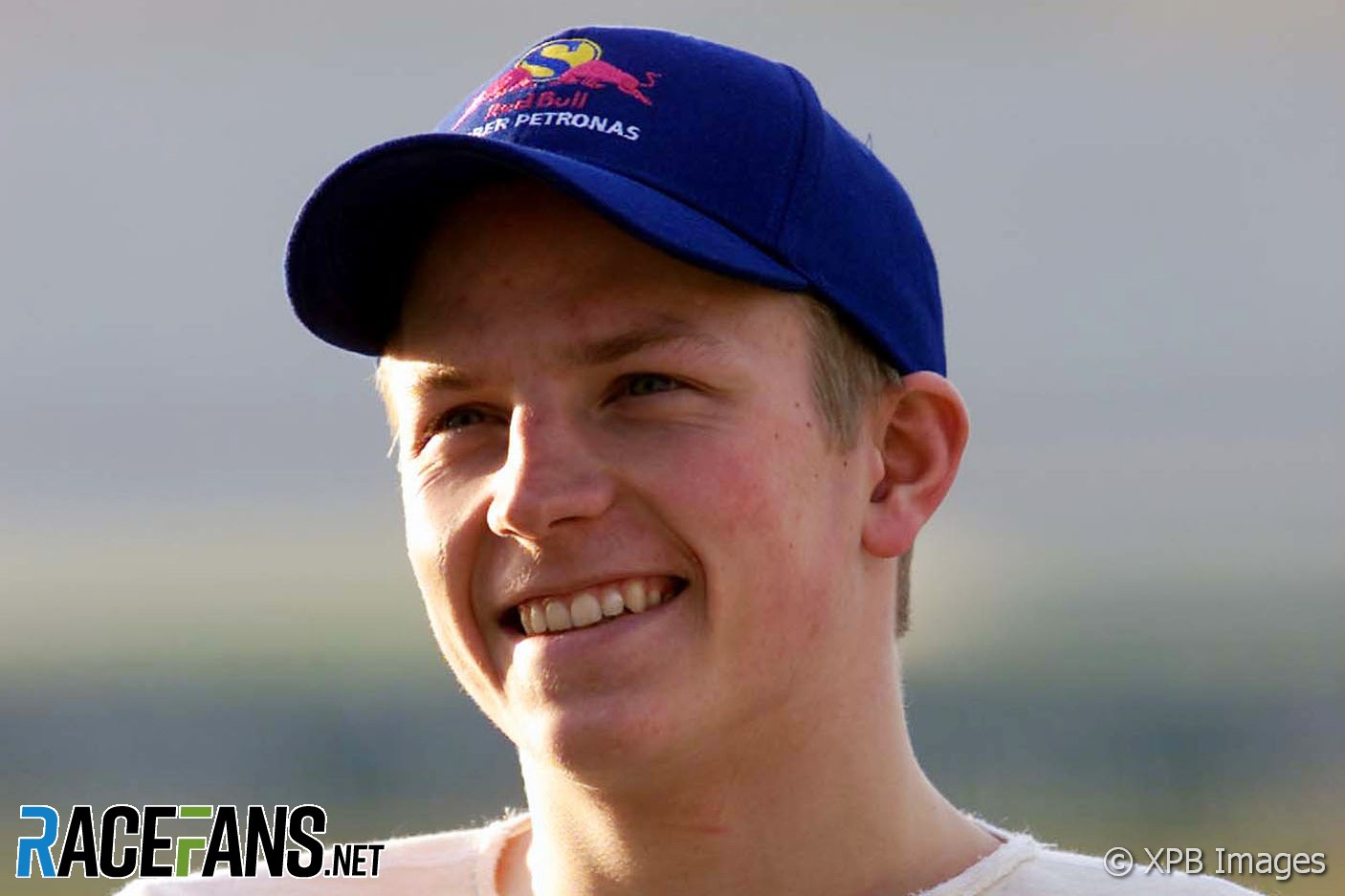 Kimi Raikkonen has called time on a Formula 1 career during which he became a multiple grand prix winner, the 2007 world champion – and the most prolific race starter in the history of the sport.

But the sport’s most experienced driver arrived in F1 as a youth whose inexperience triggered howls of disapproval from senior figures who feared he would prove a liability on the track.

The FIA president Max Mosley and McLaren’s team principal Ron Dennis were vocal in their opposition to Raikkonen’s signing by Sauber for 2001, after he had impressed in several test showings. Dennis said he was “completely against” the idea of the 21-year-old stepping into F1 after years in junior single-seater racing and just over a quarter of a century of car racing starts to his name.

Mosley even appeared to use his presidential power to promote his position on the matter.

“Unfortunately, the F1 Commission doesn’t always do as I tell them, despite speculation to the contrary,” he was quoted as saying after the FIA’s F1 Commission voted 23-1 in favour of giving Raikkonen the superlicence he needed to race for Sauber.

“I do not believe that they adopted a defensible position in giving an inexperienced driver like Raikkonen a licence. It is quite wrong, given that we have strict criteria for graduation into F1.”

Following the four tests in 2000, which ended with Raikkonen being just a second off the pace set by Jordan’s Jarno Trulli at Barcelona, there was another 13 days of running across five tests at five different circuits before his debut.

In the first of those at Ferrari’s Fiorano test track he outpaced team mate Nick Heidfeld, who was driving a newer-spec car. At a lengthy Barcelona test contested by 25 drivers he was 12th fastest, 1.836 seconds slower than the pace set by Ferrari’s Rubens Barrichello.

The season-opening Australian Grand Prix was going to be another challenge entirely, and expectations of Raikkonen were bandied around going into the weekend. Some thought he would live up to the hype, albeit as much as a driver could given Sauber’s expected position in F1’s pecking order, while others still held major doubts over whether he was qualified enough to be a grand prix driver. Raikkonen was in no way daunted by his debut – his team found him sleeping under a table 10 minutes before the pit lane opened on race day, which would have done nothing to win over his detractors.

The previous day Raikkonen qualified 13th, 0.378 seconds and three positions behind Heidfeld. He was ahead of the rest of F1’s young superstars apart from Juan Pablo Montoya, who in was a quarter of a second faster in a Williams which would prove a contender for race wins.

A slow start on Sunday meant Raikkonen lost several places off the line, but cars going off through the first sector meant he was able to recover somewhat and he then pulled off a clever dummy pass on Jenson Button at turn six to get back into 13th.

He was down to 17th by the end of lap one, however, and it took him until lap five to regain 13th. This time it was all down to drivers ahead retiring.

Two of those retirees, Ralf Schumacher and Jacques Villeneuve, had a major crash that led to an early Safety Car period (and caused the death of a marshal at the scene). On the restart afterwards, Raikkonen was able to pass Jean Alesi and then on the lap after overtook Button again to move into the top 10.

Approaching half-distance he rose up to eighth by going past Benetton’s Giancarlo Fisichella and then benefitting from a suspension failure on Mika Hakkinen’s McLaren.

Raikkonen departed from his first ever F1 pit stop in ninth, and another two retirements promoted him to seventh by the chequered flag. Then, Sauber made a protest against Olivier Panis for overtaking under yellow flags and the subsequent penalty dropped him to seventh. As a result, Raikkonen scored a point on debut in sixth. It guaranteed the temporary FIA superlicence that he had been granted to race was going to take him on to the next grand prix, and beyond.

That sixth place would have come to eight points in today’s money, and under the modern system he would have scored 66 points in a rookie season which actually yielded nine. In the years since, only four true rookies have matched or surpassed that: Lewis Hamilton and Heikki Kovalainen in 2007, Timo Glock a year later and Alex Albon in 2019.

His points-scoring prowess helped Sauber come fourth in the manufacturers’ standings for the first time, which remains their best season outside of their BMW era. That achievement helped Raikkonen flip opinions of himself and made him a target signing for rival teams – even among those who had doubted his readiness for F1. By September, a year on from his first test and still with several races of his rookie season to go, Dennis had got Raikkonen out of his Sauber contract and into a McLaren for 2002.

Two championship near-misses followed and then, after he switched to Ferrari, Raikkonen delivered on his obvious title-winning potential. Following a two-year absence triggered somewhat by circumstances, he returned to perform giant-killing feats with Lotus (he remained a title-contender until his Abu Dhabi Grand Prix-winning drive in 2012) and take a final victory for Ferrari in 2018.

Fittingly, he brought his career to an end where it started, at the Alfa Romeo team run by Sauber. No longer a newcomer, but the driver who in Germany last year surpassed Rubens Barrichello as the most experienced racers in the history of the sport.