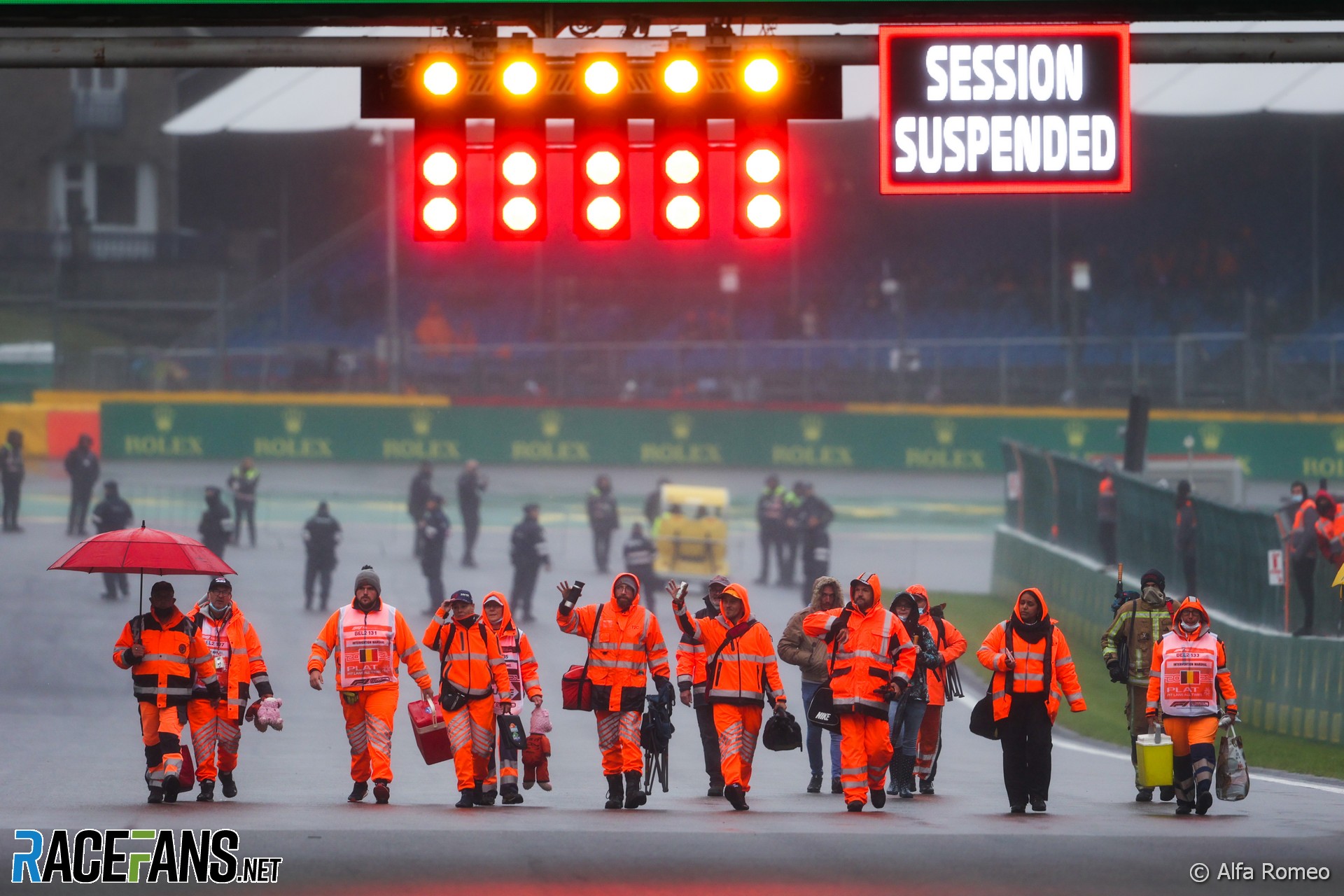 Spectators who attended this year’s Belgian Grand Prix, which was abandoned after three laps behind the Safety Car in heavy rain, will not be offered refunds on the cost of their tickets.

The race promoter, Spa Grand Prix, has written to fans who contacted them to complain over the curtailed August event and offered a compensation package.

While the fans are not being offered any form of remuneration for their tickets, which can cost several hundreds of Euros each, they are being given the opportunity to enter a prize draw to win seats at next year’s race. A total of 170 seats will be given away: 20 ‘VIP’, 50 ‘Gold’ and 100 ‘Silver’. These can be redeemed for Sunday alone or the whole grand prix weekend.

As the Spa-Francorchamps has a capacity of around 70,000, competition for the tickets could be high.

The spectators who attended the race are also being offered one F1 TV pass per person and a chance to attend an “exclusive event” on the Thursday prior to next year’s race. Fans have until the end of January to claim the offer.

The Belgian Grand Prix was officially F1’s shortest-ever race. Drivers completed just three laps, all behind the Safety Car, as race control tried in vain to find a window of opportunity to start the event despite persistent heavy rain. The race result was eventually taken based on a single lap of running, and half-points awarded to drivers.

“We were disappointed for all the fans that the race could not go to full distance, but the safety of the drivers, marshals and spectators was, and must always be, the priority,” the promoter told fans. “The weather conditions did not improve sufficiently to complete more laps.”