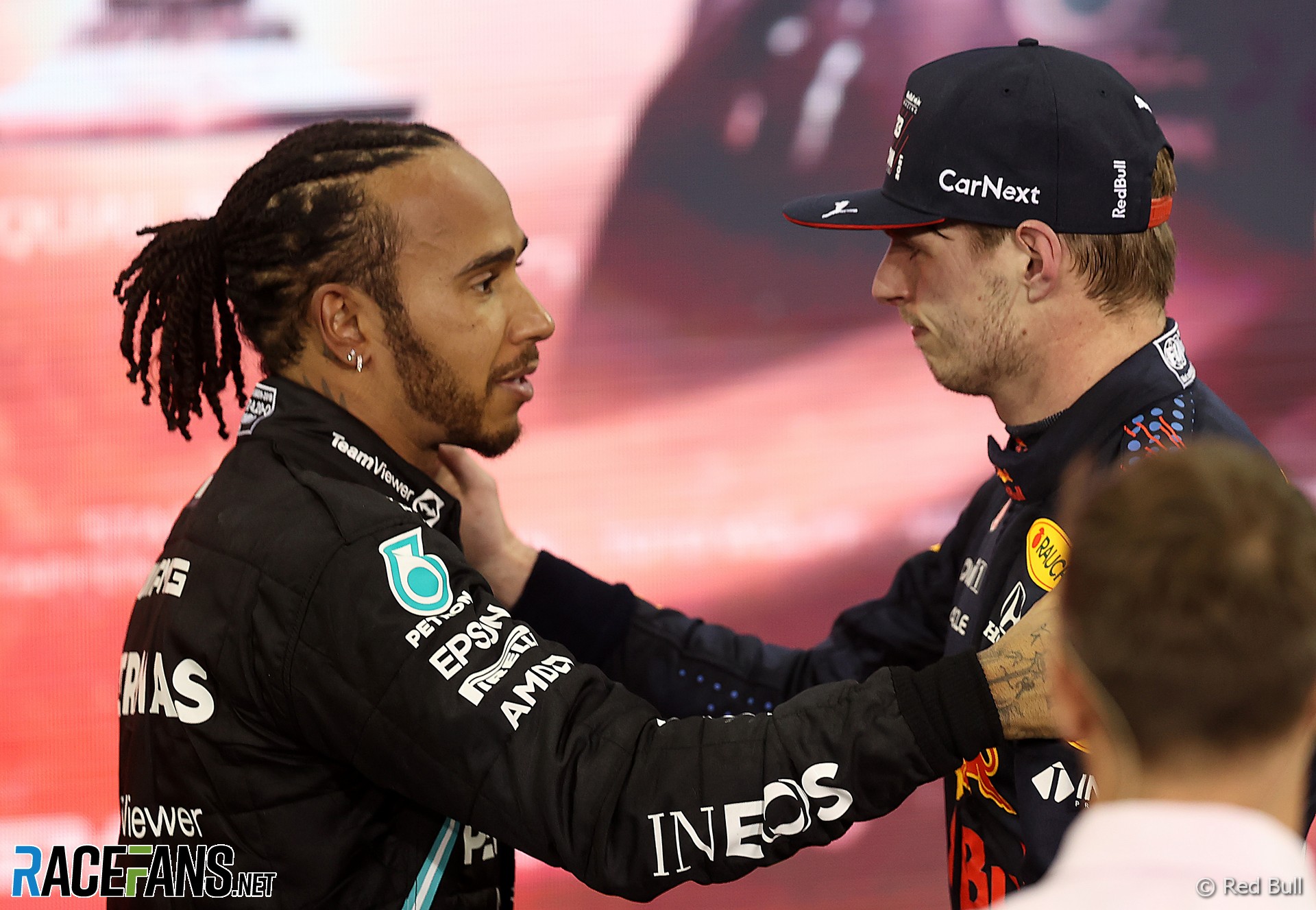 The Red Bull driver passed Hamilton on the final lap of the race to take the win and secure the title. The outcome of the race remains in dispute, however, as Mercedes have indicated they may appeal after losing a protest against the result.

The race swung on a late Safety Car restart, which gave Verstappen the opportunity to attack Hamilton while on fresher tyres. Hamilton had controlled the race until that point, Verstappen acknowledged.

“Of course there was one side incredibly happy and one side was disappointed,” he told media including RaceFans on the day after his win.

“I felt for Lewis,” Verstappen admitted, “he did everything right throughout the whole race.

“But F1 can be very unpredictable and, of course, it can go either way. It could have been the other way around as well where I would be controlling the race and then I would lose it in the last lap. That’s unfortunately part of racing.”

“Lewis is a great sportsman,” he added. “But like I said it’s racing and we all have to deal with it, if it’s positive or negative, but he will come back again, very strong because he is an amazing driver.”

Verstappen said he was unsurprised by Mercedes’ protest following yesterday’s race, which left doubt over the result.

“It’s quite typical looking at the season that it happened,” he said. “It is what it is.

“We were still happy and enjoying and we as a team didn’t do anything wrong. We raced and there was a green light, green flag so we went for it and we did it on-track. So that, for us at the time was alright, we were just enjoying.”

While it remains to be seen whether Mercedes will press ahead with its plan to appeal, assuming Verstappen’s victory is upheld he intends to switch to using the world champion’s number one on his car next year.

“I will run it,” he said. “How many times can you do that? I don’t know, maybe it’s the only time I can in my life. I think it’s the best number out there so I will definitely put it on the car.”