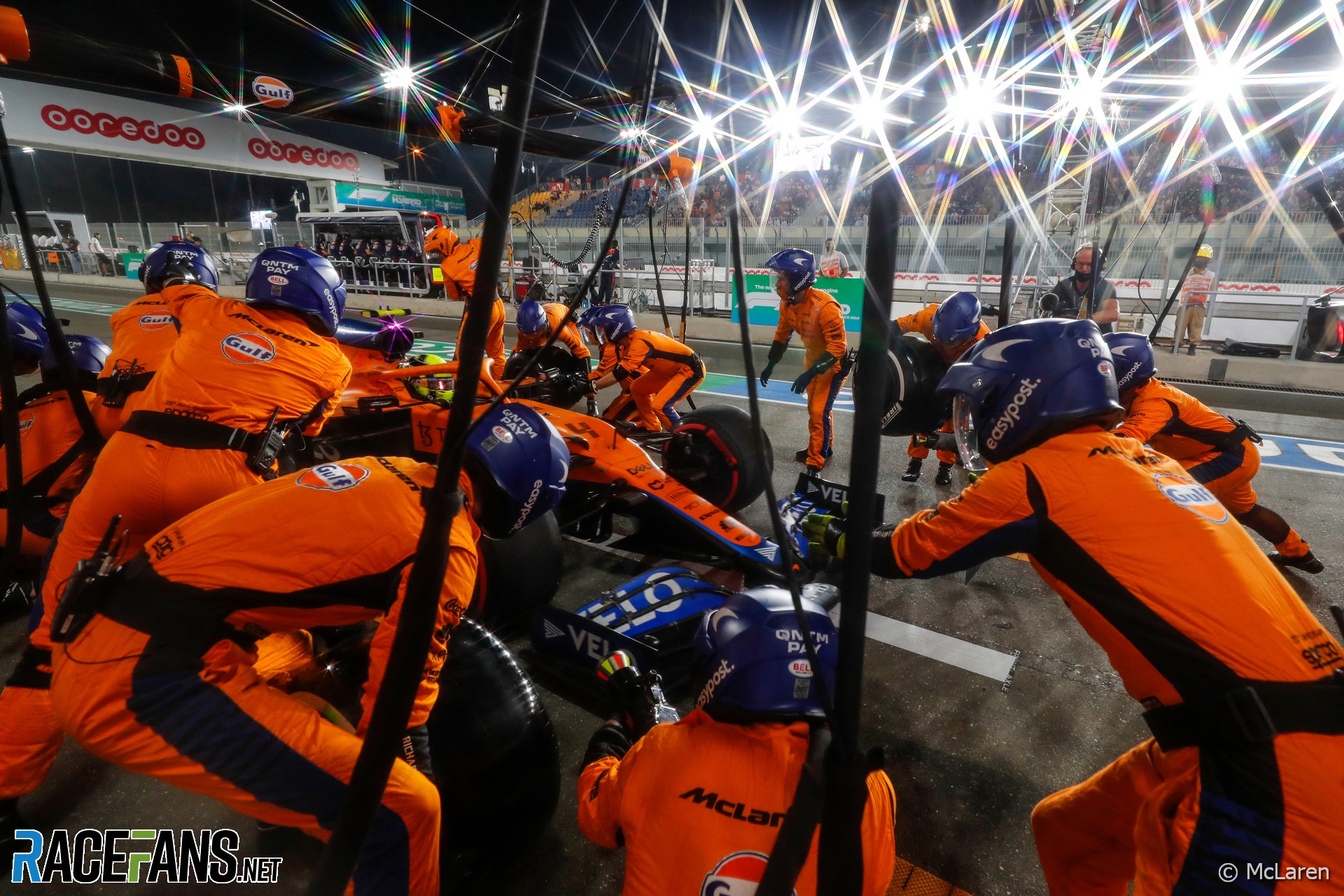 Pirelli has revealed the initial findings of its investigation into the punctures which four drivers suffered during the Qatar Grand Prix 12 days ago.

Valtteri Bottas, Lando Norris and Williams drivers George Russell and Nicholas Latifi all suffered failures of their front-left tyres during the race.

Pirelli said its investigation into the failures is “ongoing” but that its preliminary findings “exclude any production defects” in their tyres.

It believes the failures occurred due to the severity of the load they experienced when running on kerbs at some points on the Losail International Circuit. F1 had not previously raced at the venue and Pirelli said they had not been able to judge the impact the kerbs would have before the race.

“Based on the findings obtained so far, the origin of the problem is mainly due to the amount of time these tyres were run on the kerbs, at high speed and with considerable lateral and vertical loads,” said Pirelli in a statement. It described the circumstances as “unique to the Losail circuit”.

“The heavy demand caused by running over these kerbs, which isn’t possible to measure from the data available before the race, damaged the tyre construction and led to a loss of pressure in the internal sidewall, which consequently caused the structure to collapse after several seconds,” it added.

The manufacturer will continue its investigation into the failures and “has shared all the technical details of the analysis carried out so far with the FIA and the teams”.

Following the race, Norris said the failures were “quite dangerous” and “just shouldn’t happen”.

“If we just can’t drive a Formula 1 car around the circuit, then what can you do?” the McLaren driver added. “I didn’t even do a very long stint – 20 laps, 25 laps, whatever – I should still be able to drive the circuit.”