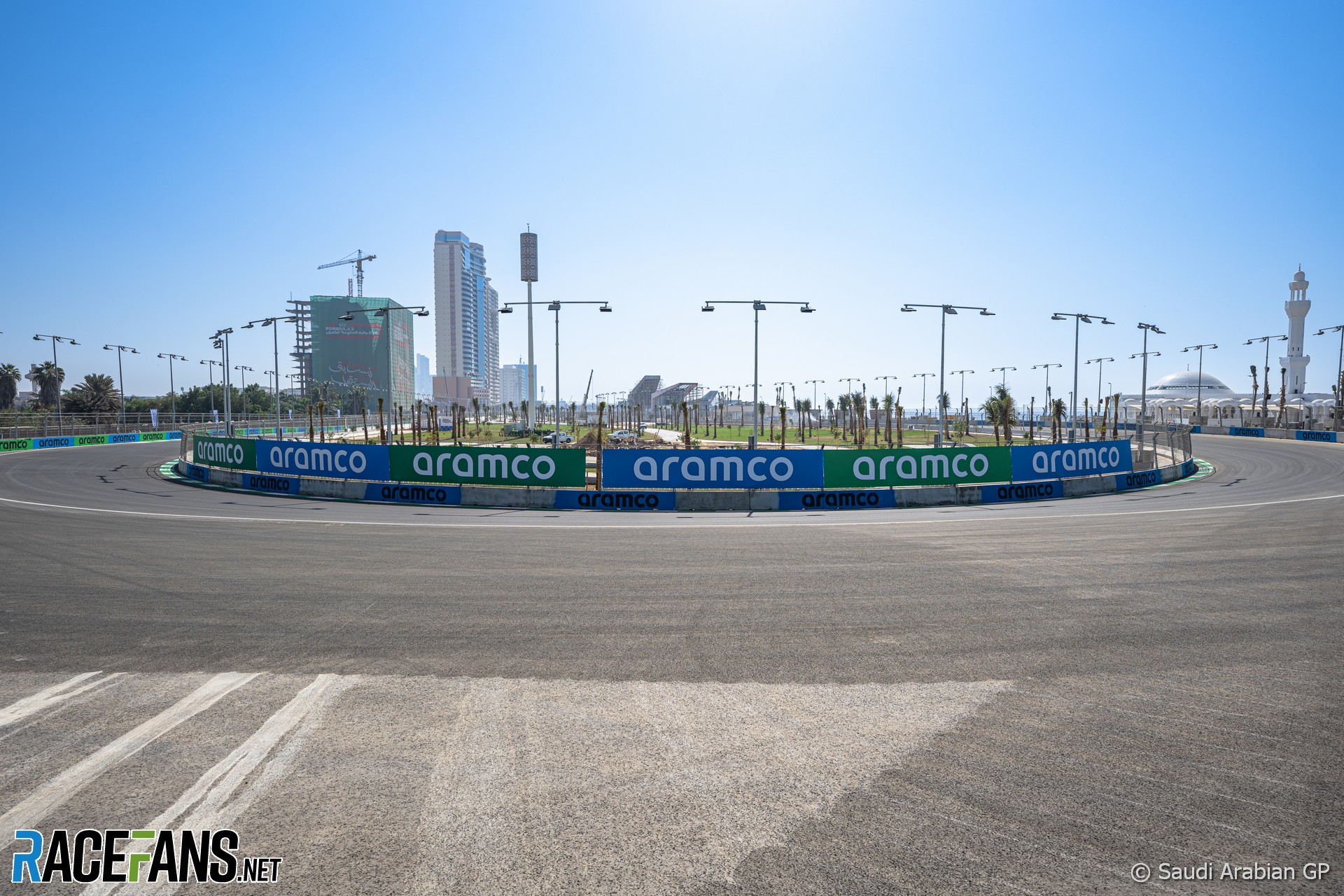 In the round-up: Esteban Ocon is eager for his first experience of the Jeddah Corniche Circuit, which he predicts will be similar to Azerbaijan’s Baku course.

Ocon said he is excited by the new Jeddah track after driving it in Alpine’s simulator. “I like these kind of crazy tracks – like Baku for example,” he said. “It pushes everything to the limit, and I think that will be fun.”

He predicted the 6.1 kilometre layout, which is expected to yield among the highest average lap speeds of the season, will be physically demanding for drivers.

“The circuit looks quite demanding as it’s a fast street track with the walls close all the time. It’s extremely high speed with a lot of chicanes and fast corners one after the other with little room for rest.

With so many corners, it presents a challenge for the engineers to work out how best to set up the car with so many demands. It’s a long lap too, so I think it’s going to be very physical for us, and it’s important we stay focused.”

Another random technical check for Verstappen

The FIA performed extra physical inspections on Max Verstappen’s Red Bull car at the Qatar Grand Prix. It was chosen at random after he finished the race in second place behind Lewis Hamilton.⠀
⠀
The rear inboard suspension components, associated sensors, wiring looms and connections to the SECU and other units were checked and found to be compliant with the rules.⠀
⠀
The new physical inspections were introduced to the rules earlier this year and have taken place at every round since on different cars.⠀Verstappen’s car has now been inspected in this manner three times during the season, including after his victories at the Netherlands and Monaco.

To those of you asking about reports of an incident at one of our team facilities back in the UK, we can confirm that there was a small fire in the extraction system of our wind tunnel, which was quickly extinguished. Thank you for checking in on us, it means a lot. 💚

"On Wednesday, Human Rights Watch and the Reprieve group wrote separately to F1 outlining their concerns. Amnesty International wa unequivocal in its criticism and the Codepink group has sent a letter to Lewis Hamilton, the world champion, signed by 41 organisations, requesting he speak to Saudi leaders to highlight human rights issues."

"Sustainability and the assistance and solutions we can find for the environmental challenge is the next phase of Formula 1. But that’s actually why we’re seeing manufacturers take a much stronger interest in the sport because they can see the value of that involvement, and it’s no secret to say Volkswagen with Porsche and Audi are having a very close look at Formula 1 and that’s one of the reasons why they’re interested."

"Brazil was a different challenge for us however, and Max drove brilliantly all weekend, but the advantage Lewis had with the car was enormous. We have never that level of overtaking and with such ease, it was like a different formula."

"So fans, if they’re looking for Sprint formats, would have to be looking at either on some of the European locations or on broadcast, but it’s not likely to be in Melbourne for April 2022."

‘Why would it want to stay in Melbourne?’: NSW Premier backs push for Sydney to host F1 grand prix (The Age)

"We think we’re going to have a fighting chance to bring that event here, but it’s not just the Formula 1, it’s major events right across the country and across the world that we’re going after."

"Every question I asked Ferrari, he answered so vividly. He was known for never talking to journalists. I have no idea why he talked to me."

Given that there has not been any good view of the circuit itself in a completed form until today; and we are going to see it only on Friday, it does concern me in terms of safety. It’s quite a high-speed circuit with no wiggle room in a lot of places, which forces you to go single file. The winner of this circuit is more in terms of who can run the engine at that level and keep the concentration for a long time; rather than actual wheel to wheel action.

I wonder how they will deal with blue flags in such a circuit at these speeds! For all the safety that F1 talks about, the way they have included this circuit in the calendar gives me a pause.
@Macademianut

Happy birthday to Katederby and Us Williams Fan!

15 comments on “Jeddah is another “crazy track” like Baku – Ocon”