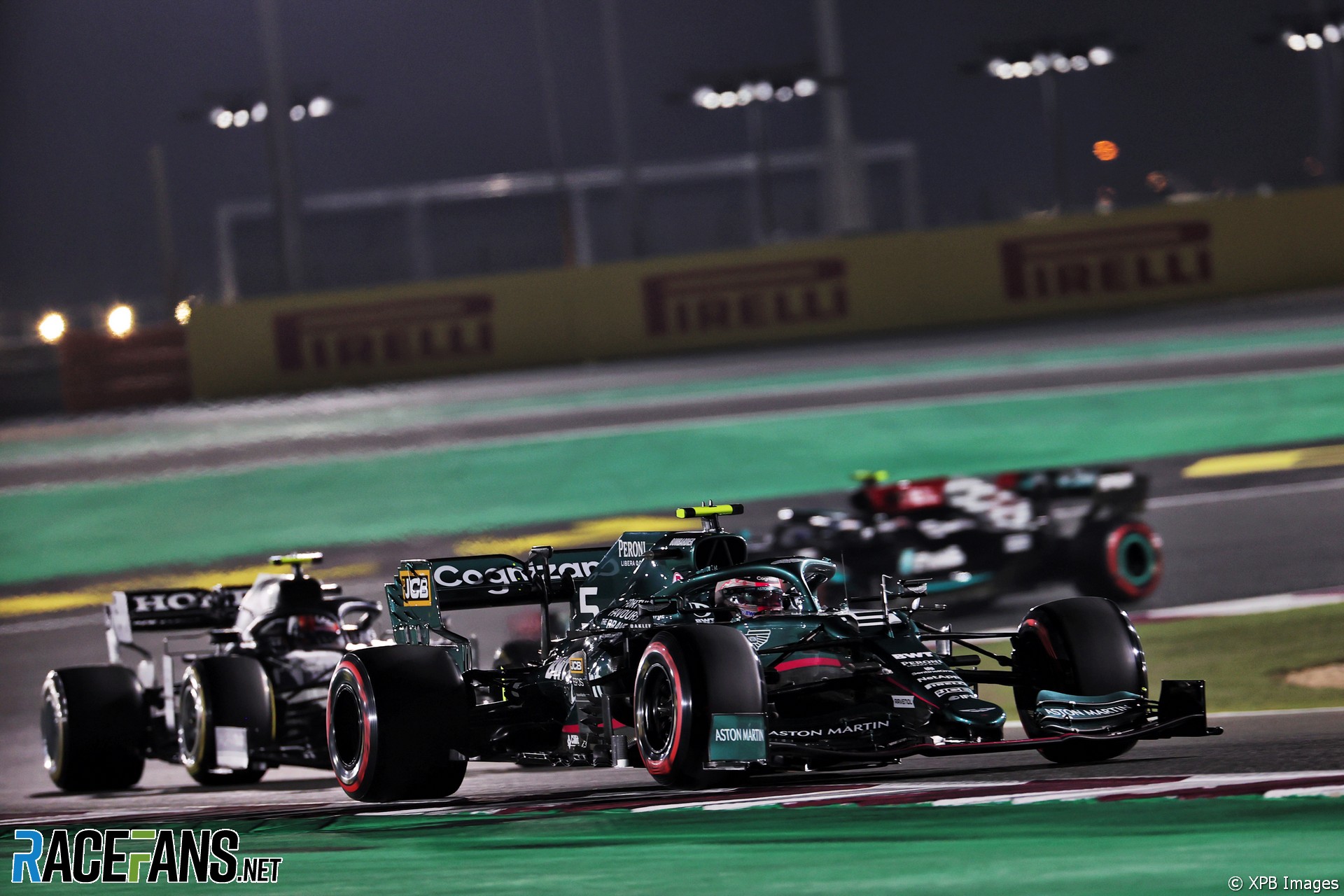 Sebastian Vettel believes a yellow flag was cancelled at the end of qualifying in order to allow Max Verstappen to complete his final flying lap.

Footage from the end of Q3 appeared to show Verstappen sighting an illuminated yellow flag board as he exited the final corner on his last timed lap. The Red Bull driver is now under investigation for failing to slow sufficiently in response to the signal.

Vettel said he was happy with his qualifying performance but believes he could have done better if he hadn’t had to slow down for yellow flags on his final lap.

“I’m pretty happy,” said the Aston Martin driver. “We out-qualified a Red Bull, Ferrari and McLaren, so I think we can be happy with that.

Vettel doubted he “could have made a huge jump” if he had been able to complete his lap. “It was just a bit disappointing to have the yellow flag.”

Vettel did not improve from his best lap time of 1’22.785, as a yellow flag was waved near the start-finish line when Gasly’s stricken AlphaTauri came to a stop off of the racing line.

Meanwhile, Verstappen improved by a tenth of a second on his final flying lap despite the waved yellows, though not by enough to displace Lewis Hamilton from pole position for tomorrow’s race.

“I don’t know if it was a single yellow or double yellow, but if there’s a car standing on track, then it should be a double yellow – and double yellows are ‘abort the lap’ so I lifted,” Vettel added. “Maybe I was the only one.”

This was the first time that Vettel had reached Q3 in the Aston Martin-Mercedes since the Belgian Grand Prix, where he qualified fifth.