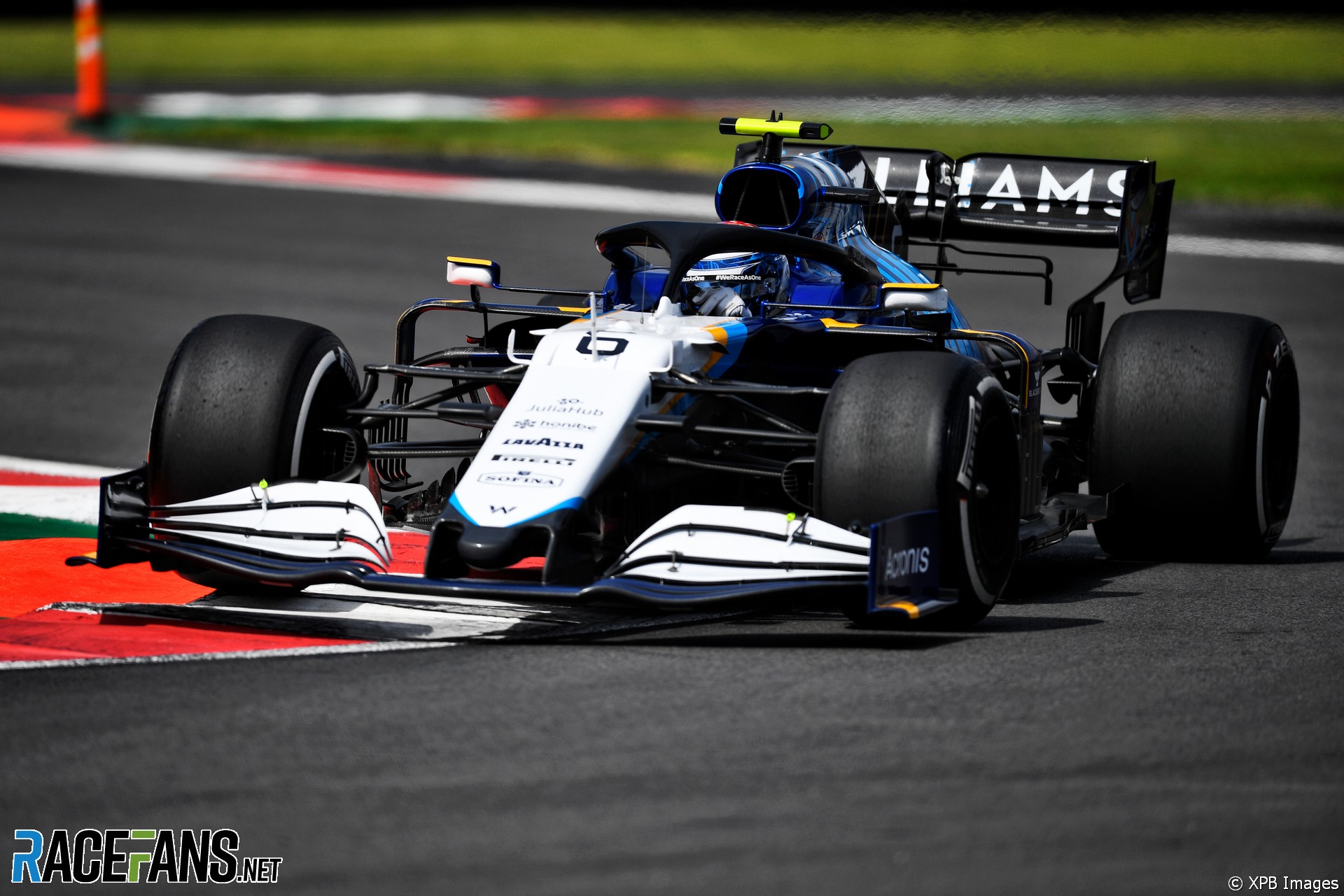 [raceweekendpromotion]Williams drivers George Russell and Nicholas Latifi expect the team to bounce back this weekend following a sub-par performance in the Mexico City Grand Prix.

The team were compromised by cooling problems at the high altitude of the Autodromo Hermanos Rodriguez. These were compounded by technical woes for Russell, who took a five-place grid penalty for a gearbox change.

“It was quite clear what the issue was,” said Russell, “we were struggling a lot with cooling. So we were having to cool the car a huge amount and probably much more than we were anticipating and we were just in no man’s land, really.”

Russell endured a “long afternoon” on his way to 16th place. “I thought we were on for a good result but when we discovered the cooling issues it was a tough afternoon for all of us as a team. But that was a unique circumstance in Mexico and I suspect we’ll be back to our normal pace here.”

His race began promisingly as he took advantage of the chaos at the first corner to climb from 16th to ninth. “If we have another first lap as we did last week, we probably could get away with some points,” said Russell.

“There’s still a few races to go, Antonio [Giovinazzi] in the Alfa Romeo is looking really strong at the moment, so we just need to make sure we keep them behind us.”

Nicholas Latifi believes the team’s problems were particularly extreme last weekend. “I don’t think it will be hard to have a track suit us more than Mexico,” he said. “That’s probably – well, hopefully – been the worst track on the calendar for us.

“Just everything about the layout and the altitude [was] just not really for us, kind of highlighted a lot of the areas we’re still struggling.”

He hopes the sprint qualifying format, which is being used for the final time this weekend, will help them achieve “something a bit better” at Interlagos.

“I do think the sprint format, in general, will dictate a lot as well. Because even if the car’s maybe not as suited, if the team [and] drivers do a better job, getting on it in practice, you could compensate a bit for that.”