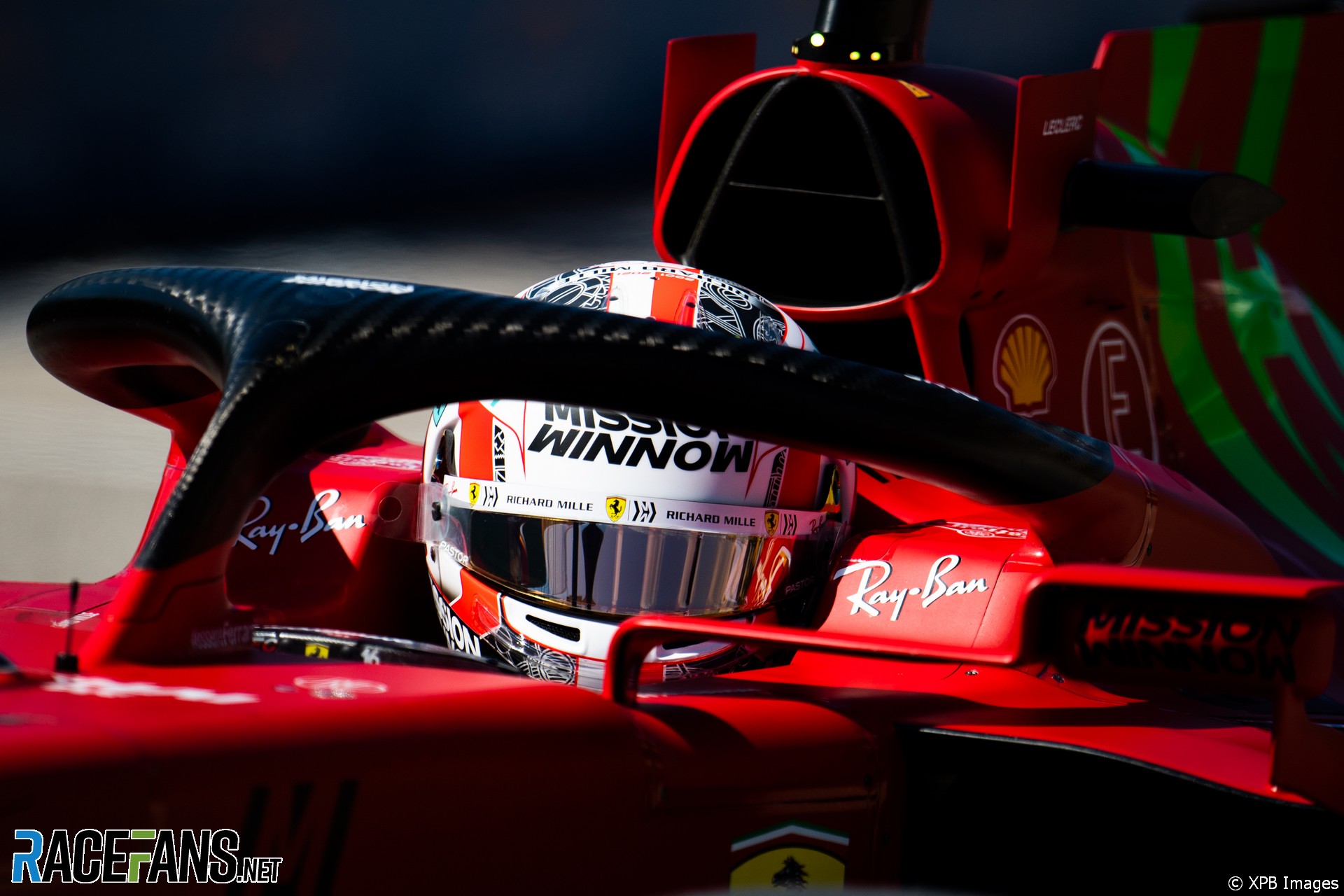 Charles Leclerc says his strong result in last weekend’s United States Grand Prix shows the progress Ferrari has made with its car.

The team enjoyed a strong result over closest champions rivals McLaren in Austin. This was the first race where both its drivers had the benefit of their upgraded power unit without any grid penalties.

Leclerc and team mate Carlos Sainz Jnr out-qualified both of their main rivals, and Leclerc finished fourth, almost 25 seconds ahead of the leading McLaren.

“It was a very, very good race,” said Leclerc. “The pace was there, every lap was a quali lap and I honestly didn’t leave much on the table. So it’s a very good day and everything felt very good.

“But it also shows that we are working in the right direction, that as a team we are doing improvements, race after race, and that’s great to see.”

Ferrari has cut its deficit to McLaren to just three-and-a-half points with five races remaining.

Leclerc said he got the most he could out of the car in Austin. “It was a completely clean race,” he said. “Every lap I was just trying to maximise everything. It was very, very smooth basically. We were never under threats of anybody.

“The last stint was probably the most challenging one but mostly physically. It was a very difficult race physically. The heat was quite hard and also the bumps especially are very, very difficult, lap after lap to go over them. So it was physically very demanding.

By the end of the race Leclerc was just 10 seconds behind Sergio Perez. The unwell Red Bull driver struggled to the end as his drink system failed on the first lap, leading Leclerc to believe a top three finish might be possible.

“I could also see Checo that was only like eight seconds in front and we were catching him. So at one point I thought the podium was possible so I was really giving everything. The last stint was the most difficult one, but we didn’t have any particular issue.”