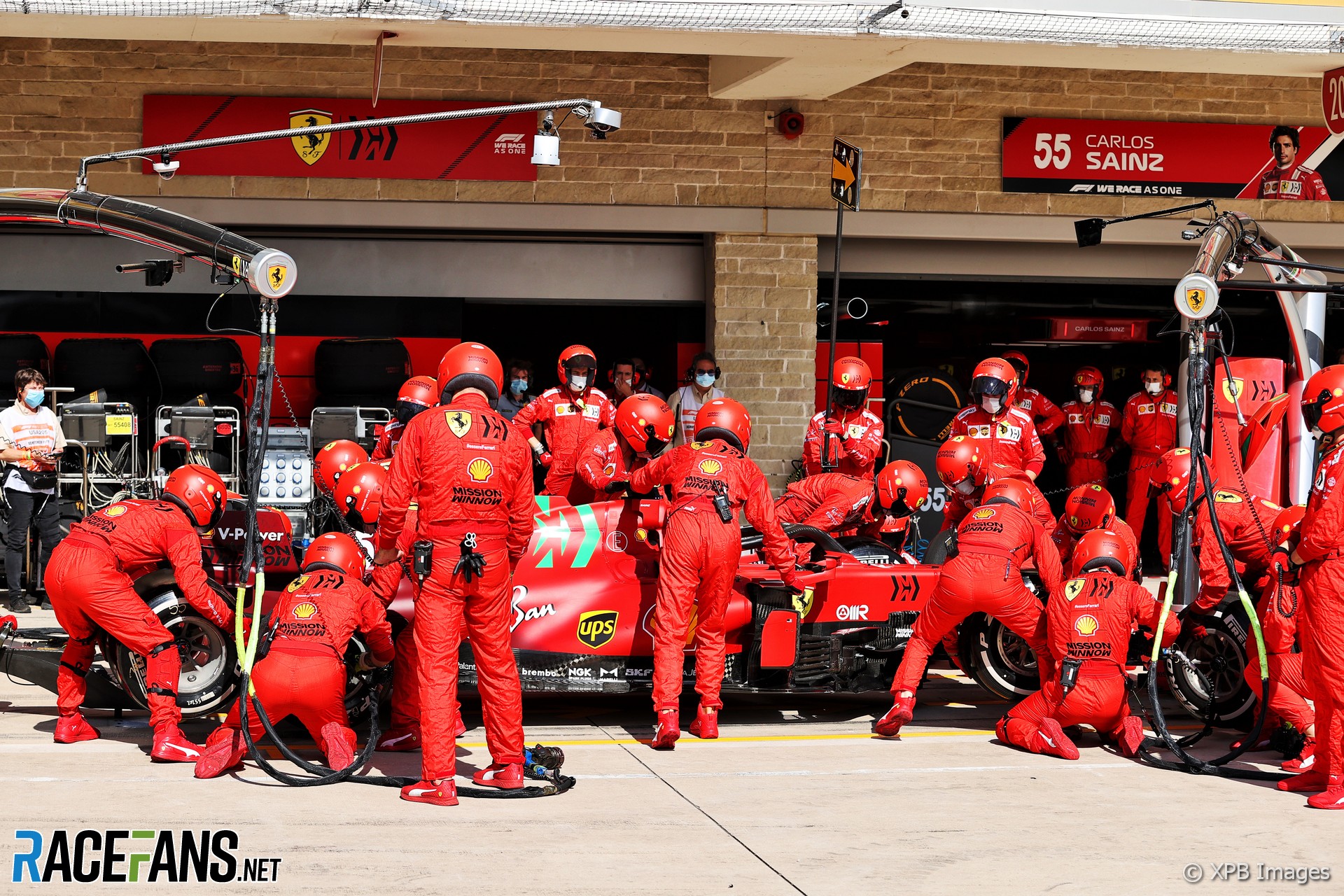 Sainz, who also suffered a slow stop at the previous round in Turkey, lost around three seconds during his second visit to the pits on Sunday. He believes that cost him the chance to beat Daniel Ricciardo in the race.

“The pit stop [was] unfortunate, again,” said Sainz. “We need to keep looking at it and we need to keep improving as a team because we are not happy with the situation.

“It’s been a few pit stops now that we have we have been struggling with. On my side, I think it’s the second consecutive and the third all season. So it’s quite a lot of points there that we are leaving on the table with these small problems.”

Sainz said it “would have been fairly easy with the undercut there on Ricciardo” without his slow stop. “But it is what it is.

“We need to keep working as a team to improve it. We need to keep digging at it because there are points there that maybe this year are not so important, but if we want to be fighting for championships in the future, this is the kind of things that we need to be becoming excellent at and that we are maybe still lacking a bit.”

Team principal Mattia Binotto said the team was investigating the cause of the slow tyre change. “We know something was wrong on the rear right-hand side,” he said. “We had some difficulties to remove the tyre from the car. As simple as that.

“Now why that happened is something we’ll go through with all the analysis. But that is what happened.”