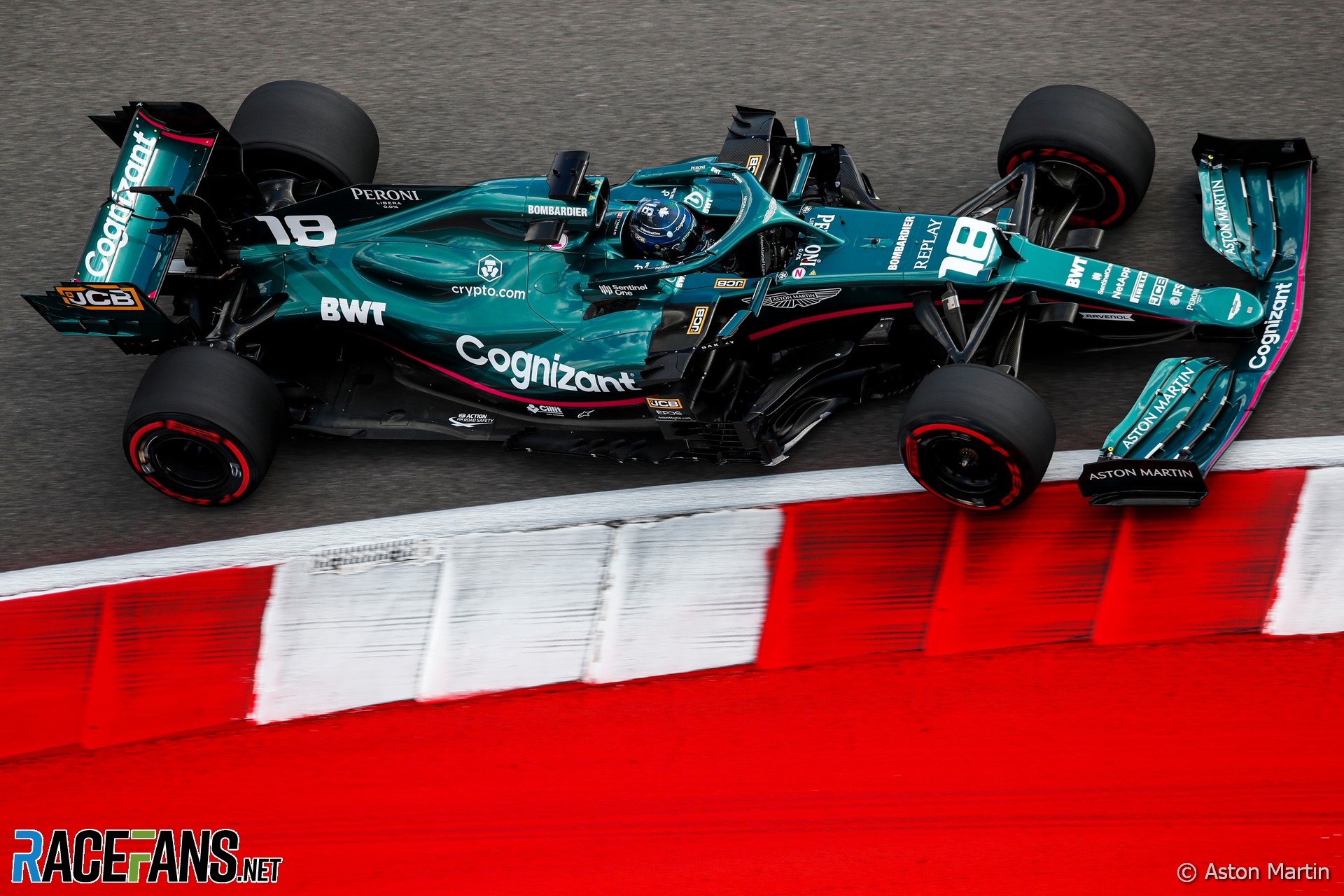 Aston Martin is considering changes to its car’s livery for the 2022 Formula 1 season as it seeks to save weight while also improving its aesthetics.

New technical regulations for next year will increase the minimum weight of cars by 40 kilograms. The latest rise, to 792kg, was confirmed by the FIA earlier this month.

Teams have been given a higher minimum weight to account for changes to the design of next year’s cars, including the introduction of 18-inch wheels.

Aston Martin CEO Otmar Szafnauer confirmed to RaceFans they could adjust the shade of paint or leave more areas of their car unpainted to achieve a weight saving.

“We’re looking at all that mainly because next year, I think a lot of the cars are going to get heavier due to the regulations as well as because of the 18-inch tyres,” he said.

“So we’re looking everywhere to save weight. And paint is one of those areas where if you do a good job, you can save, and we too are looking in those areas now.”

The team previously known as Racing Point switched from a striking pink livery to British racing green during the off-season. Szafnauer said they are also hope to improve the appearance of their 2022 car, particularly when seen on-screen.

“If you look at the car in the sun, it’s wonderful, so we want to keep that, but when it’s on TV, make sure that the green comes across a little bit better. That can be done, and that’s what they’re looking at. But not a big departure.”