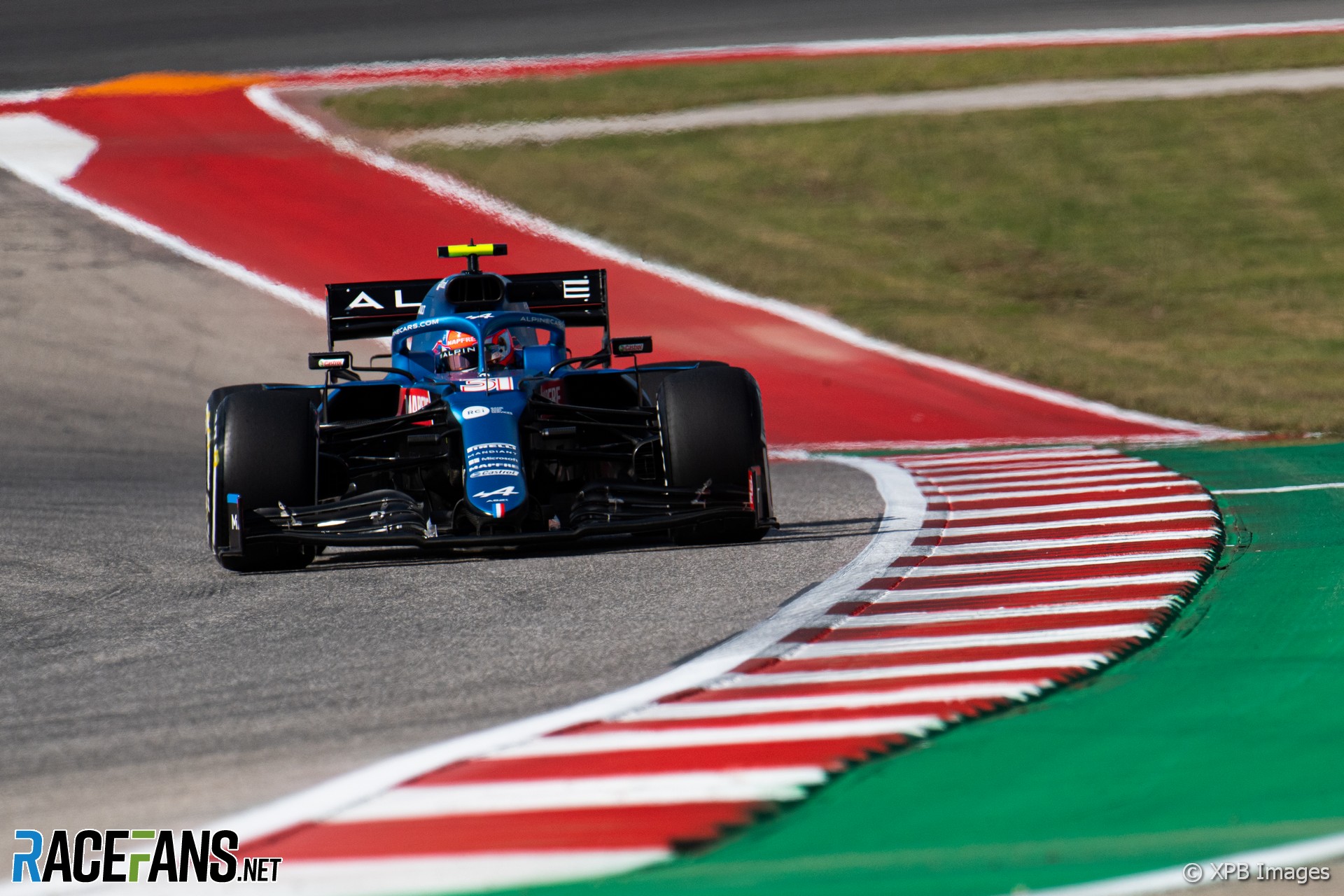 Esteban Ocon says more work is needed at the Circuit of the Americas to ease its bumps before next year’s United States Grand Prix.

Several drivers complained about the bumps which have developed at the circuit in recent years. The circuit operators took steps to ease them ahead of F1’s return last week, but Ocon believes more needs to be done before the 2022 race.

“They are on the limit for reliability,” Ocon explained. “If we come back next year and it has a step again in that direction, I think the cars will start to really face issues.

“When you go slow it’s not a big problem. But once you start going fast it’s big hits on the floor, on the suspension, the engineers start seeing red alarms and high loads and that’s obviously not something that we should see. So I think the track needs need some work for next year.”

Ocon retired from the race with an unspecified problem on his car. Pierre Gasly also failed to finish due to a suspension failure. “I don’t know whether it’s because of the bumps or if it’s a problem on our side,” the AlphaTauri driver told RaceFans. “We had a problem on the suspension, which got worse lap after lap until the moment it failed.”

Gasly said the bumps are “clearly quite aggressive for the car and unfortunately, we had a failure.”

Haas team principal Guenther Steiner said his drivers believe the track is at the limit of what F1 cars can take.

“The drivers, I wouldn’t say complained, they said they’re at the limit of the bumps, what is acceptable,” he said. “But there was never a question about the reliability for the car or the suspension of the car.”

COTA chairman Bobby Epstein told RaceFans the track’s bumps do not affect F1 cars as severely as they do Moto GP bikes, which also race at the venue.