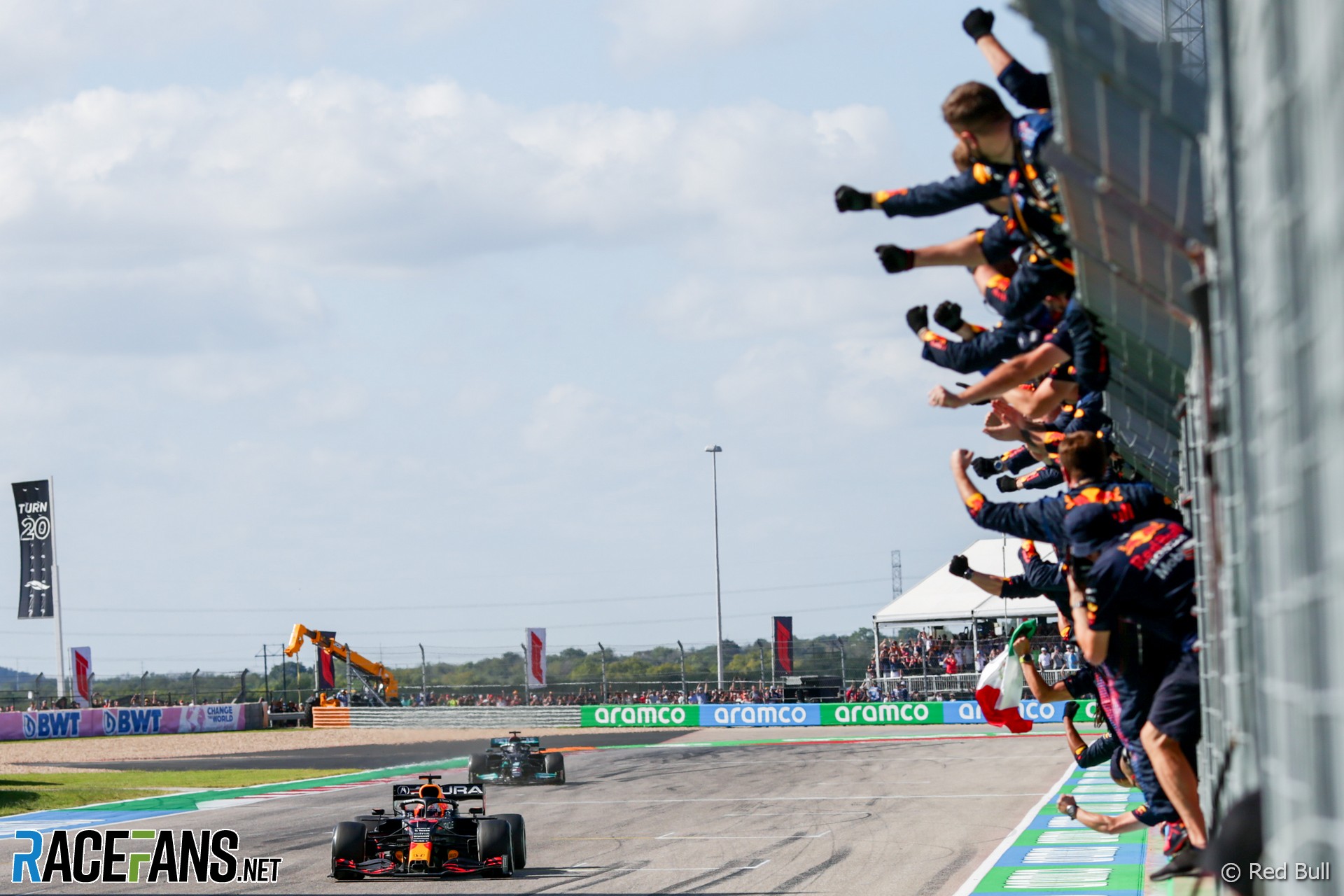 Red Bull team principal Christian Horner described their victory in yesterday’s United States Grand Prix as a “big one” for the team because it came at a track where Lewis Hamilton and Mercedes have been strong in recent seasons.

Max Verstappen beat Hamilton to victory by 1.3 seconds in yesterday’s race at the Circuit of the Americas. Mercedes had won five of the previous six races at the Austin circuit.

“This is a big one because this has been such a stronghold and Lewis and Mercedes,” said Horner.

Verstappen took pole position but was passed by Hamilton immediately after the start. He reclaimed the lead by pitting before his rival, and kept Hamilton at bay over the final stint despite being on older tyres than his pursuer.

“To get the pole was a landmark moment for us and then to convert into a win, even not leading on the first lap [was] a great team performance,” said Horner.

The weekend got off to an unpromising start for Red Bull. Verstappen was almost a full second slower than the Mercedes drivers in the first practice session.

“On Friday, FP1, we were on the back foot and it looked like it was going to be a tough weekend,” said Horner. “But the whole team worked very hard to manage to turn it around.”

With Sergio Perez finishing third, Red Bull out-scored Mercedes for the first time since the Belgian Grand Prix. “It’s a big team victory,” said Horner. “To have Checo on the podium, 40 points in the constructors [championship] today, that’s a great day for us.”

However Horner said it’s too soon for the team to feel confident about Verstappen’s championship chances. “There’s five races to go, there’s still another 130 points on the board and we’ve only got a 12-point lead.

“It’s great to have extended it here. With 10 laps to go it looked like we might be leaving equal or behind so to have extended the lead is a great result. And we’ve got some big races coming up.”