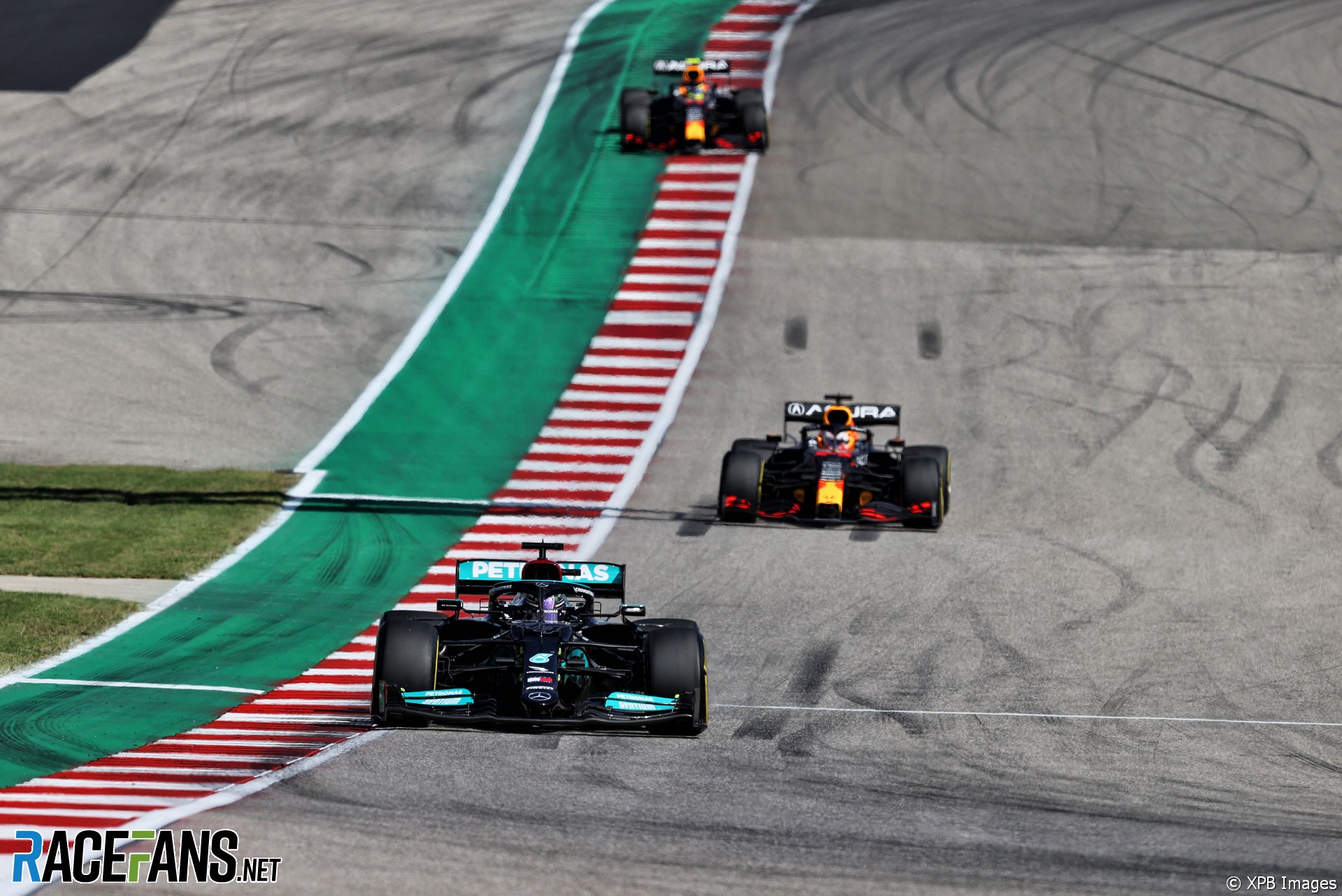 The Mercedes driver led the opening stages of yesterday’s race but couldn’t pull out a lead over Max Verstappen behind him. Verstappen got ahead of him by making an earlier first pit stop, and although Hamilton closed on his rival at the end of the race, he wasn’t able to attempt a pass.

Hamilton appeared to have better performance compared to the Red Bull after switching from the medium to hard compound tyres at his first pit stop. He reduced Verstappen’s lead from 8.8 seconds to less than a second over the final stint, during which time his tyres were eight laps fresher than his rival’s.

However Hamilton believes Red Bull had a performance advantage over Mercedes across all the compounds. “I think they were quicker all weekend, on all tyres today,” he said.

“Just in the heat, I think the real strength has shone through this weekend, a bit like it has in other places, like Bahrain, this year. So I did the best I could with what we had.”

Mercedes appeared to be in strong shape when the weekend began, lapping almost a second faster than Verstappen did in first practice. Team principal Toto Wolff said the team subsequently made changes to its car to prevent it being “massacred” by the bumps at Circuit of the Americas.

But the alterations didn’t made a significant difference to the car, according to Hamilton. “There wasn’t a big problem,” he said. “It was a bumpy circuit, first of all, but we ended up going back to where we started the weekend so there was no problem.”

The team also confirmed it ran its engines in a higher engine mode during the first practice session.

Hamilton took some satisfaction from his start from second on the grid, when he passed Verstappen into turn one, but believes Red Bull were too strong to beat in Austin.

“I had a great start. The goal was to get in the lead and I finally got a good start – I’ve not had as good a start as that for a long time so I was really happy with it.

“Then it was just about staying clean and coming out ahead and holding onto it. It felt good at the time, to get into the lead, I thought ‘okay, this is step one’ but, as I said, they were just too quick.”

69 comments on “Red Bull were “quicker on all tyres” in Austin heat, says Hamilton”