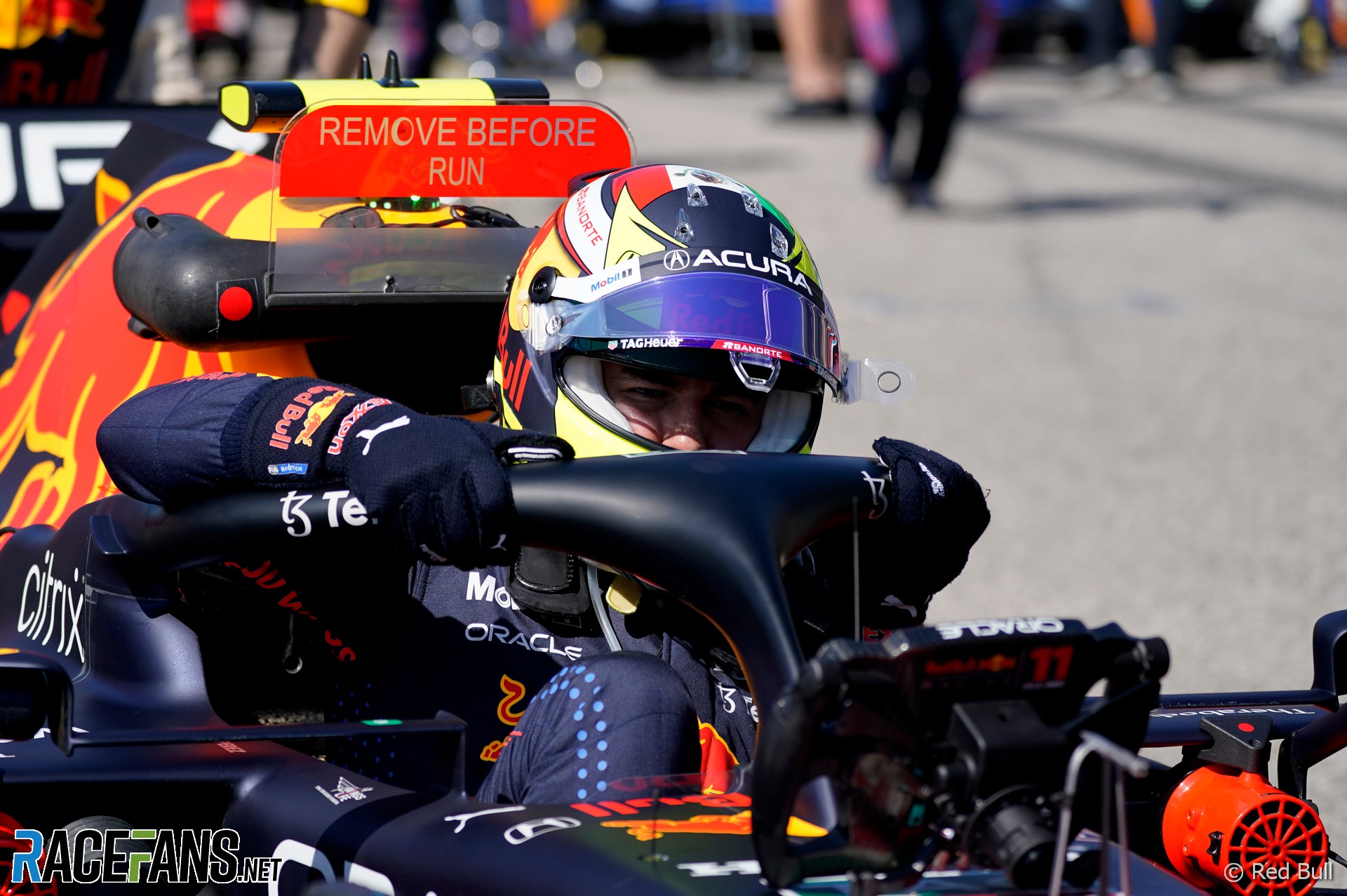 Sergio Perez said he has never felt as bad after a race as he did following yesterday’s United States Grand Prix.

The Red Bull driver was unwell during the course of the weekend, suffering a bout of diarrhoea. He encountered a problem with his drinks system before the start of the race, which deposited fluid into his balaclava, and the team were unable to fix it before the start.

Unable to drink throughout the race, Perez said he was “losing strength” by the middle of his second stint. He described it as his “toughest race ever physically”.

Asked if he’d ever felt as bad after a race, Perez said “no, it’s the first time, and I hope the last one.”

However Perez said there were “a lot of positives to take from the weekend” in which he scored his fourth podium finish of the year. He also helped team mate Max Verstappen prevail in his fight with Lewis Hamilton by ensuring the Mercedes driver could not extend his first stint.

“My race was, I think, firstly compromised by the tyres that I had and being on the scrubbed medium. I think was quite a bit of a disadvantage considering how high the degradation was today.

“I struggled massively, physically, from lap 20 onwards, so it wasn’t an ideal race,” said Perez. “But I think we managed to stay within the undercut region from the leaders and that really triggered the undercut, firstly with Max on Lewis. We tried to do the same with Lewis and he had no other option but to pit, so we avoid him doing his optimal race, so I think in that sense it worked well.

“But since lap 20 onwards, I was pretty much done.”