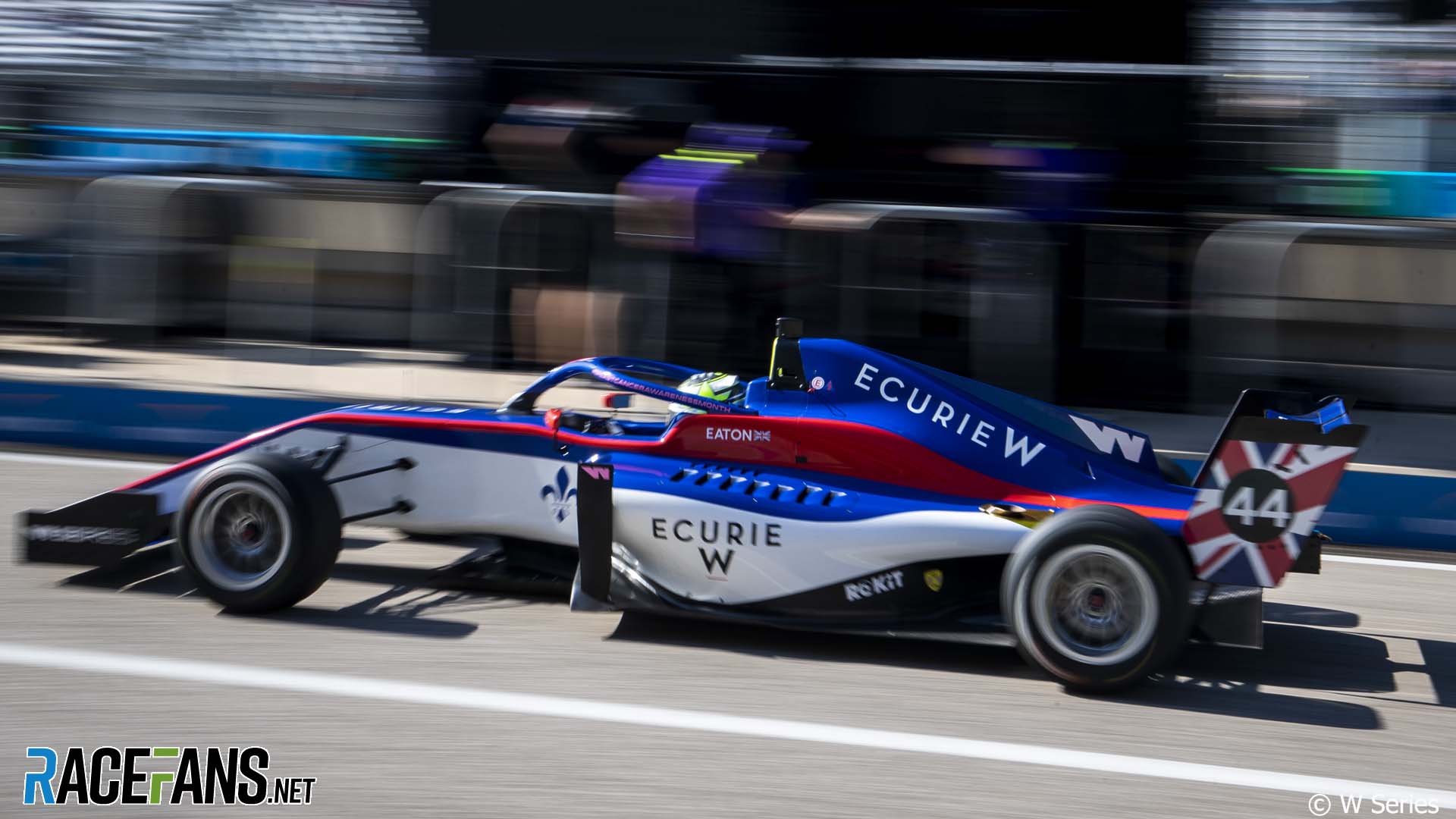 Two drivers have been ruled out of competing in today’s W Series finale at the Circuit of the Americas.

Marta Garcia will miss the race due to illness, the series confirmed. Abbie Eaton will also not take part in the season-closing race after suffering a spinal fracture in the opening event on Saturday.

Eaton was shown stopped on-track with suspension damage, but the incident that had led to the failure was not initially broadcast. Amateur footage showed Eaton running over the kerbs at turn 15 and being launched, the front of her car raising up until only the rear wheels were in contact with the ground.

“Abbie is in good spirits at Dell Seton Hospital where she is being treated,” the statement continued. “Everyone at W Series wishes her a speedy recovery.”

Earlier in the day Miki Koyama retired from qualifying due to a suspension problem. Several Formula 1 drivers have said the Circuit of the America’s rough and bumpy surface is putting their cars under strain.

Garcia was due to start today’s race from fourth on the grid, 10 places ahead of Eaton. Their absence promotes one of the two title contenders, Alice Powell, to eighth. Championship rival and points leader Jamie Chadwick starts from pole position.

Garcia and Eaton are 12th and 13th in the championship ahead of the race. While Eaton was unable to automatically qualify for a place in next year’s field, Garcia stood a chance of taking the fifth place finish she needed to do so.