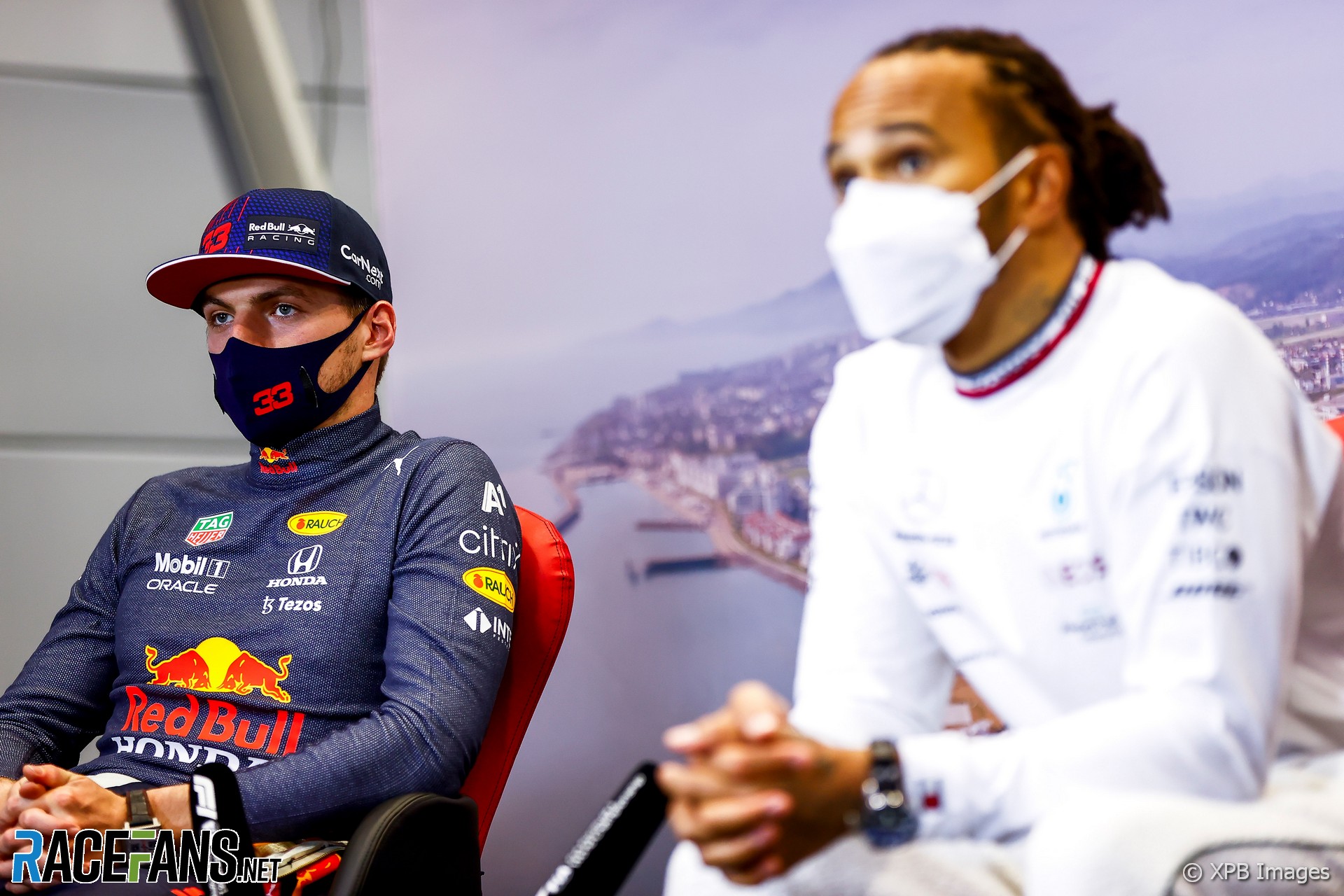 Max Verstappen has been named as the most popular Formula 1 driver in a global survey of over 167,000 fans commissioned by the series.

Lewis Hamilton, who topped a previous version of the survey four years ago, has fallen to third place behind his championship rival and Lando Norris.

McLaren were named the favourite team in the survey. Their drivers Norris and Daniel Ricciardo were also chosen as the two most popular competitors by female fans, Ricciardo ranking fourth overall.

The survey also shed light on fans’ attitudes towards the sport. More than half of those who responded – 58% – agreed it has “the right balance of sport and entertainment”, up from 39% in 2017. In a similar vein 55% of respondents agreed F1 is “in better health than five years ago” compared to 25% in 2017.

F1 says its plan to move to sustainable fuels in 2030 was also supported by followers of the sport, 55% of which want it to become a world leader in the technology.

F1 CEO Stefano Domenicali said the survey’s findings vindicated the direction the sport has taken since Liberty Media took over the championship.

“We are privileged as a sport to be truly international, racing in continents and countries around the world with a global fan base,” he said. “We reach every corner of the globe through our events, TV broadcast and social media and media content.

“This is a blessing – to have such a platform – but it is also a responsibility. We must protect what we have, grow it, reach more fans, and ensure those blessings remain and get stronger.

“The results of the survey show we are doing the right things and we will continue to be focused on creating excitement and entertainment on and off the track which is what all our fans want. We are hugely excited about our future, and we know our fans are too.”

F1 conducted the survey in conjunction with Nielsen Sports and Motorsport Network.