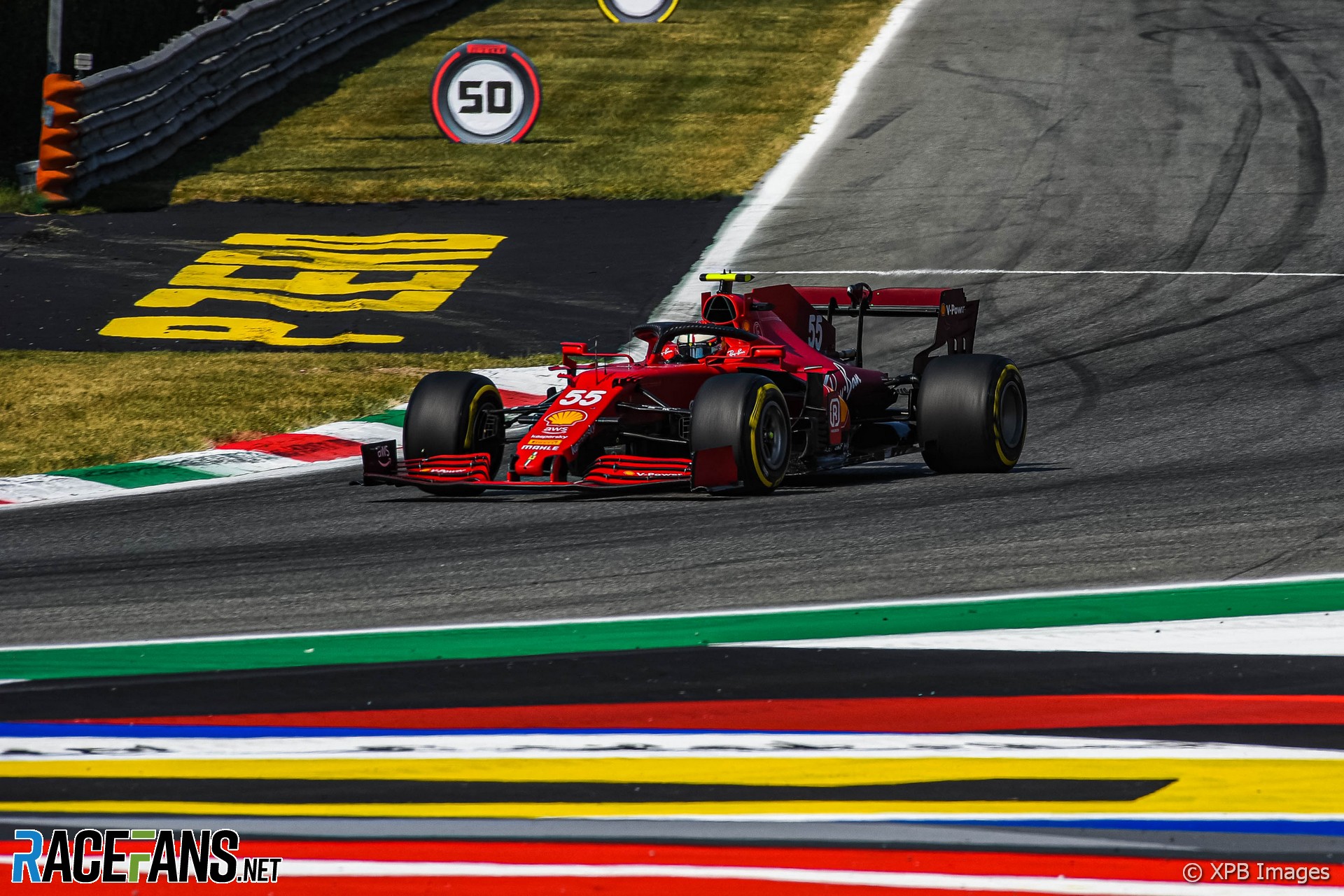 Carlos Sainz Jnr congratulated his former team McLaren on ending their eight-year win-less streak at Monza, but admitted the result is a blow for Ferrari.

McLaren’s one-two at Monza reversed Ferrari’s lead over them in the constructors championship. Ferrari now trail McLaren by 13.5 points in their fight for third in the standings.

Sainz, who came within a second of winning the same race for McLaren last year, said he was pleased for his former colleagues.

“They were really quick right from the getaway,” said Sainz, who left the team to join Ferrari at the end of last season. “We could see they we’re going to be in the fight for the podium. They had even more pace than last year.

“Last year we had good days, but not as good as what they had this year. And the combination of great starts with great pace, I think they managed to put together a solid weekend.

“For that I congratulate them. I have a lot of appreciation and in some way I would be happy for my ex-engineers and the people that have been working there. They’ve been working very hard.

“They’ve gone through very hard moments also in that team. And it’s nice to see a historic team like McLaren winning again.”

However Sainz admitted McLaren’s gain is Ferrari’s loss. “Unfortunately, they are in the fight with us for the championship and it’s the worst possible that we could have for P3 in the championship.

“But we are still within reach. They’ve used their chances, congratulations to them and we will try and get them back in Russia.”

Sainz came sixth on Sunday, two places behind his team mate. He said he was fortunate to avoid damage in a first-lap collision with Antonio Giovinazzi which sent the Alfa Romeo driver into a barrier.

“I believe it was tyre with tyre, so I didn’t receive any damage in the car,” said Sainz. “We couldn’t measure any losses. I was lucky to get away with it because the impact was relatively heavy.

“I think Antonio didn’t see me there on the left and it was a bit of a heavy impact at this time. I’m glad it didn’t cause me any damage.”