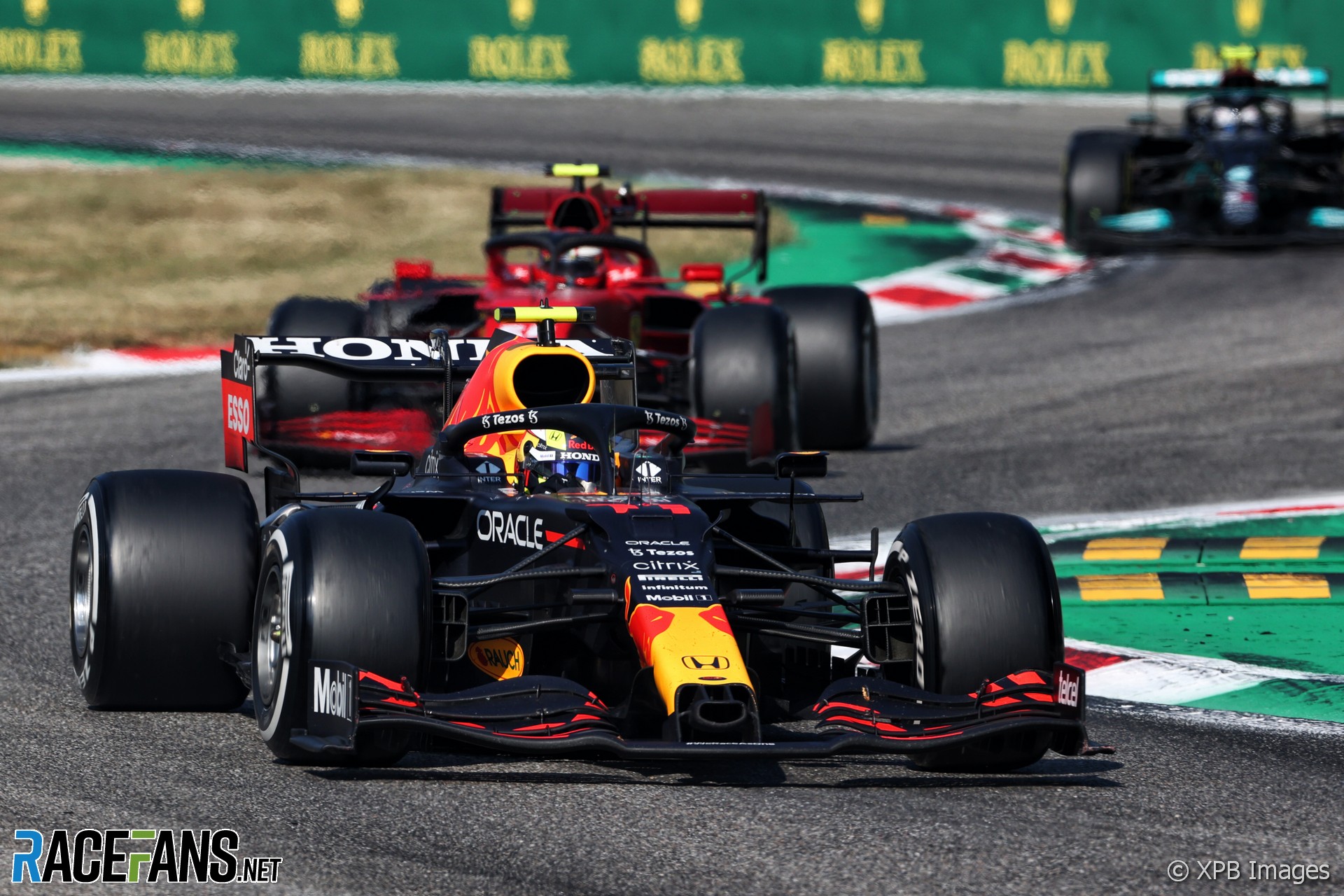 Sergio Perez could have avoided his five-second time penalty in the Italian Grand Prix if the team had heeded the words of Formula 1 race director Michael Masi.

The Red Bull driver fell from third place to fifth in the final classification for last weekend’s race after being penalised for cutting across the Roggia chicane while passing Charles Leclerc.

Team principal Christian Horner said after the race Red Bull thought race control would tell them if Perez needed to relinquish the position in order to avoid a penalty.

“That was tough because we were expecting a call from the stewards to say if they weren’t happy with it, give it back,” said Horner. “Of course the call didn’t come and then when eventually the penalty comes up, the gaps aren’t opening.

“So that was tough for him. He drove a good race today and third on the road, fifth overall was a frustrating result for him.”

However according to Masi race control did not receive a query from Red Bull about the move.

“They didn’t ask race control,” he said. “I suggested to them that they might want to look at giving the position back and they said they were looking at it themselves.”

The stewards ruled Perez gained an advantage by leaving the track at the corner to complete the pass. During the race he told his team Leclerc had forced him off at the corner.

“He didn’t leave me any room,” said Perez. “Do I need to give it back?” Race engineer Hugo Bird told him: “I think you’re fine for now.” Several laps later Perez was informed of his penalty.

Following the Bahrain Grand Prix this year when Max Verstappen went off-track while overtaking Lewis Hamilton, Horner said “we had an instruction from the race director to give the place back immediately”.