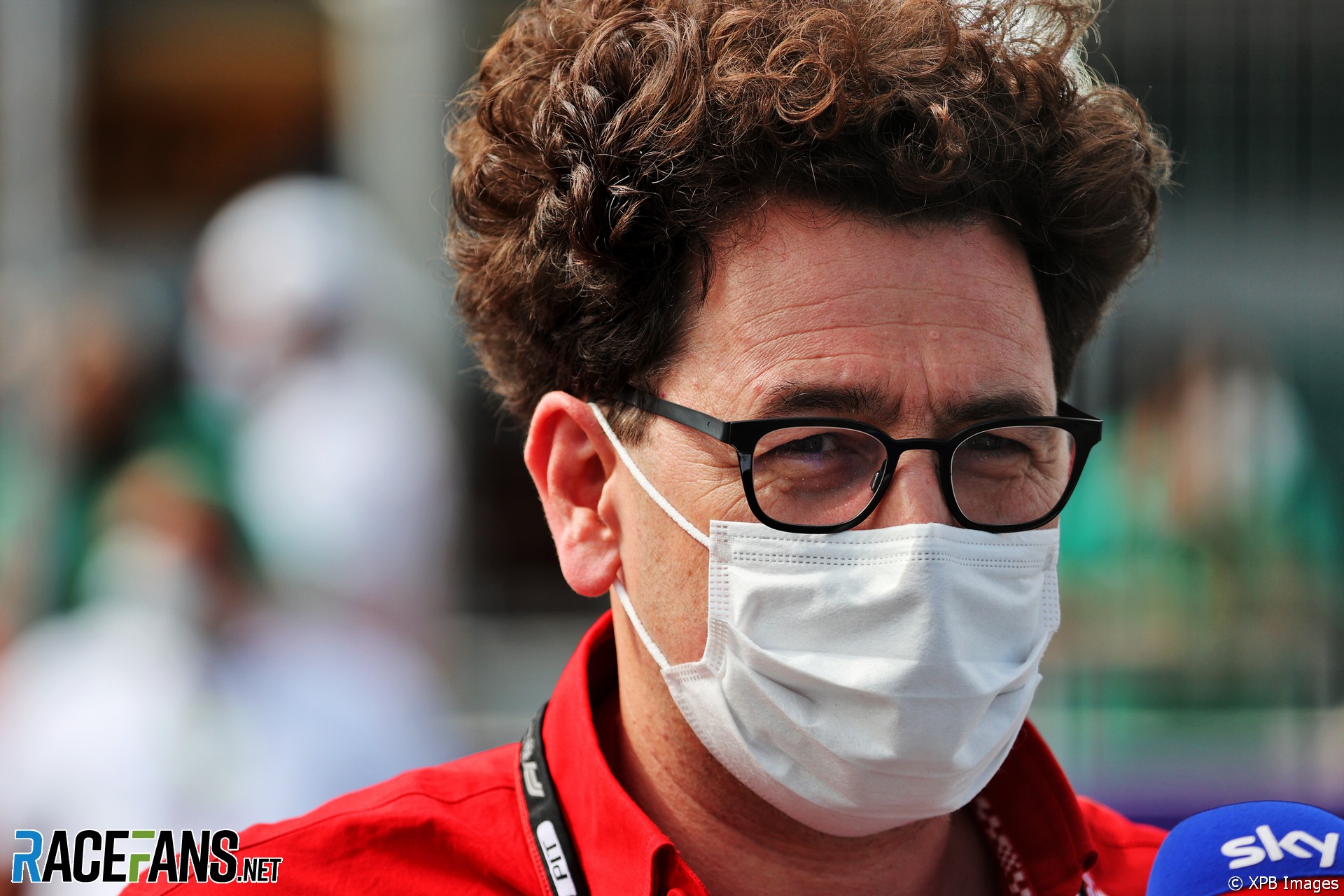 F1 proposed reverse grid sprint races on three separate occasions during 2019 and 2020 but was unable to win sufficient sport from teams to add them to the regulations.

The sprint qualifying format being used at three races this year, including this weekend’s Italian Grand Prix, uses a regular qualifying session on Friday to determine the grid order. But Binotto is eager for F1 to experiment with a reverse grid.

“I like it,” he said. “I like it because I think that for the show and the spectacle it can be of interest.

“At the very start of the discussion of the mini-race format as Ferrari we were the one proposing it because I think whatever is your position on the classification, somehow that’s bringing some extra spectacle and that’s important for our fans. It’s important for the entertainment that F1 may offer.”

Binotto is supportive of F1’s sprint qualifying experiment, but said the sport needs to see how all three races with the format go before judging it.

“Certainly having the quali on the Friday, having only one hour for the drivers to be prepared for it and entering then into a parc ferme is something which is interesting because it jeopardises the overall balance of performance between the teams. So I’m in favour, generally speaking.

“I’m pretty sure that we can address it in terms of details. There are things that can be improved. But I think those ones again we can [be] open minded to discuss with F1, FIA, the other teams but I think we can do it only when the three races under the full experiment will be concluded.”

Another alternative to the current format which has been proposed would see the Saturday race run as a separate event in its own right, not setting the grid for Sunday, but continuing to award points.

“I can hear that there are different proposals like, for example, from drivers, that the quali on Friday is setting the grid on Sunday and I think having a mini-race on Saturday with the inverse grid compared to the championship [order]. I think whatever ideas can be of interest, I think it’s too early really to judge and to decide.”