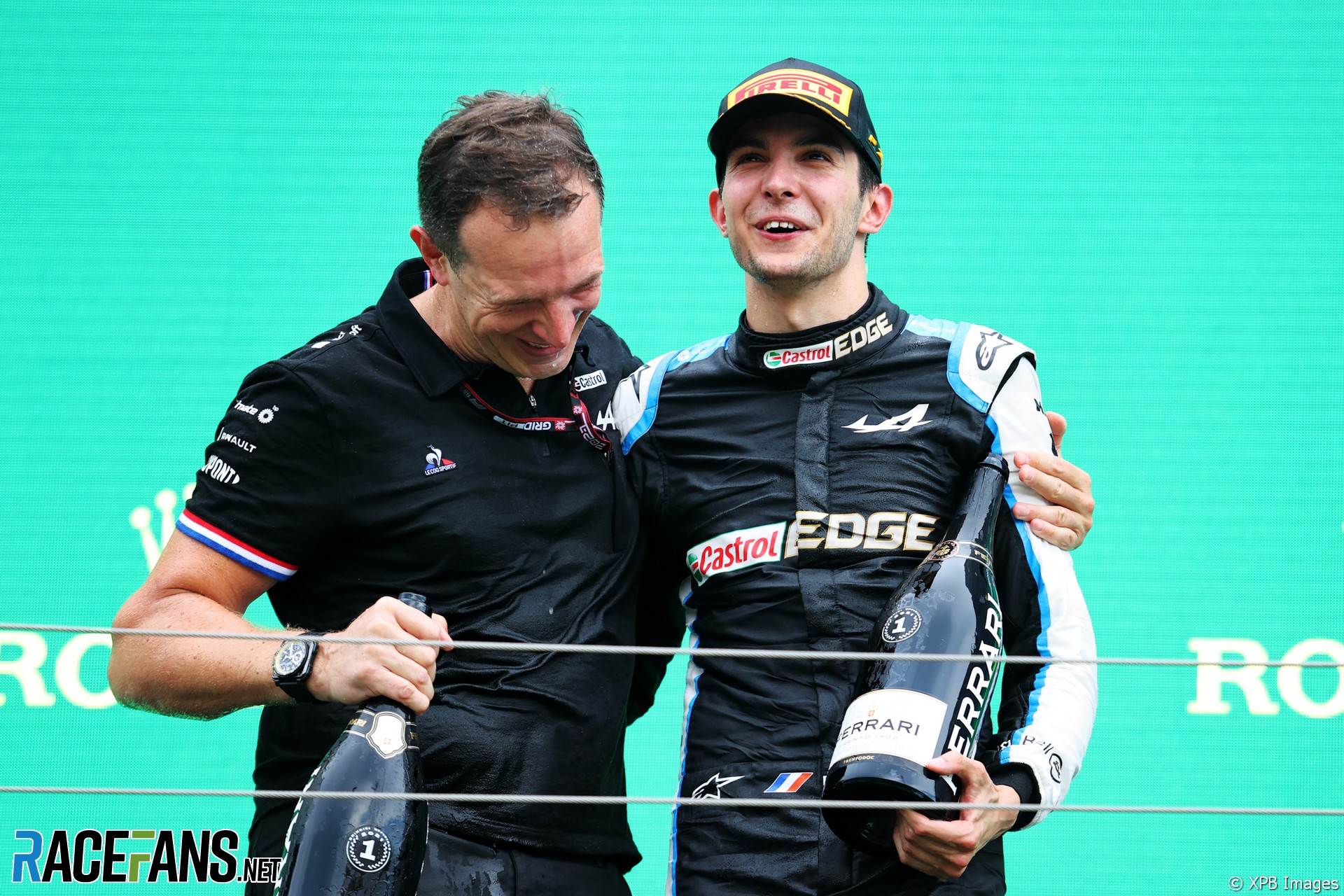 Alpine does not believe its maiden victory in last week’s Hungarian Grand Prix came about because of a breakthrough in the team’s performance.

Esteban Ocon, who was eliminated in Q1 at both races in Austria last month, reached the top 10 in Hungary and went on to claim a surprise victory after several drivers collided at the start of last week’s race.

However sporting director Alan Permane said he hadn’t seen signs the team had taken a major stop forward in performance: “I don’t think so, unfortunately.”

“I think if you look at where we were in qualifying [on] this track we felt would suits us, I think we are where we are,” he explained. “[But] we will continue learning the car and we will continue improving it but only by small amounts like others will do theirs.”

Ocon and team mate Fernando Alonso qualified eighth and ninth respectively. Prior to the race Alpine team executive director Marcin Budkowski said the team had only just moved into fighting with the midfield.

“We knew it was going to be tight, as it has been for all this season, to get into Q3,” Budkowski admitted. “We looked more competitive than usual compared to last races and compared to our competitors.

“It looked like we’re just a little bit further forward of the backmarkers, closer to McLaren, Ferrari. In the mix, with a bit bigger of an advantage on the Alfa Romeo and Williams, still very much in the pack with AlphaTauri and Aston Martin. But a little bit more competitive altogether from the weekend.”

The team went into qualifying expecting a shot at the top 10. Both cars reached the final round for the first time since the Spanish Grand Prix, while Alonso made it into Q2 after just one run. “We knew we had a really good chance of making it to Q3 and obviously, that was the objective,” said Budkowski.

“Equally, I think Fernando’s form was very, very good from Q1 and we were almost hoping for bit better with Fernando. So happy with both cars in Q3 and a little bit disappointed, but I guess disappointed is not a bad Saturday.”