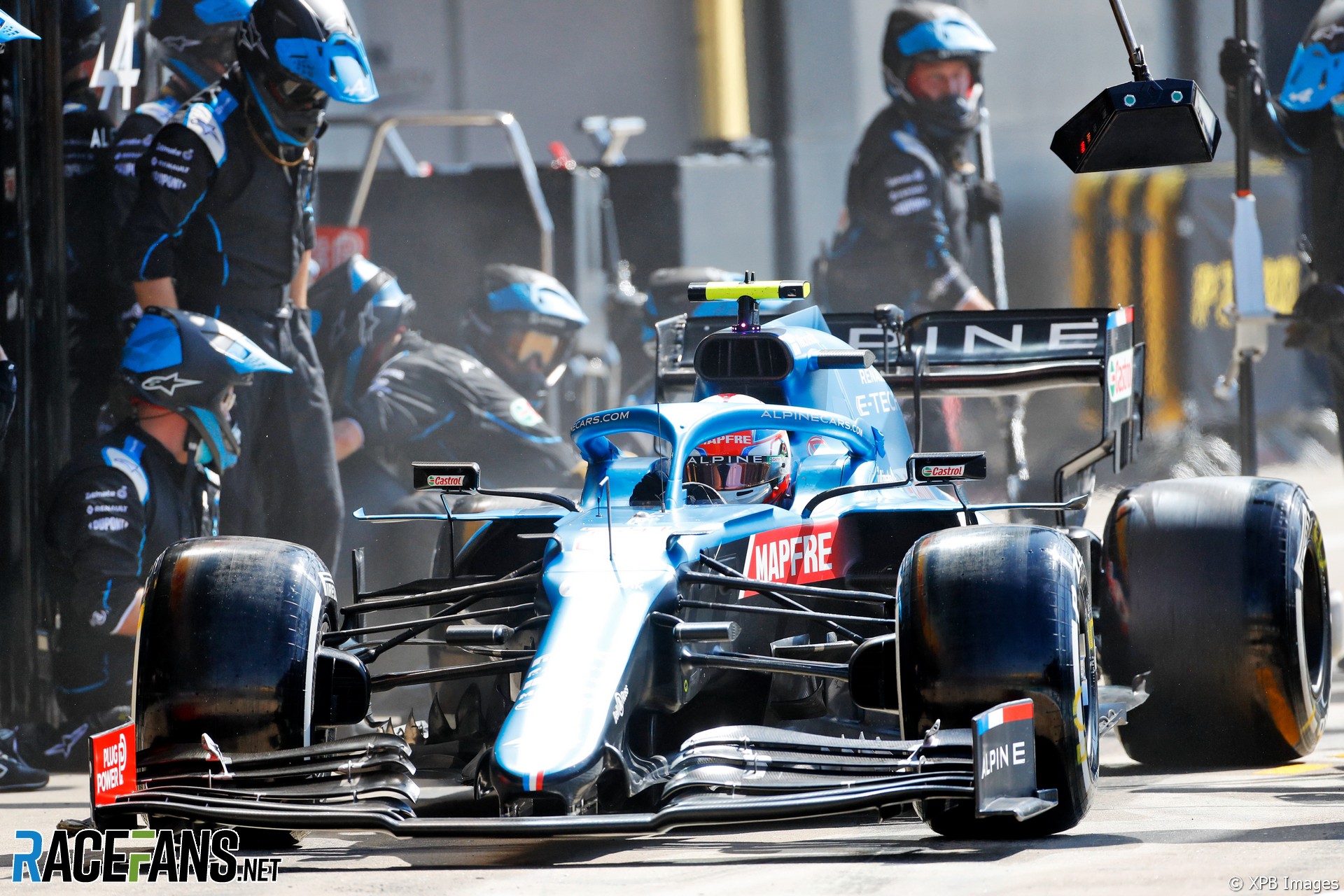 Esteban Ocon says the change of chassis and diagnostic process his team went through on his car has made it feel right again.

The Alpine driver had a strong start to the season, out-performing team mate Fernando Alonso over the opening rounds.

However, after his retirement in Baku due to turbocharger problems he endured a run of difficult races. Finishes outside the points in the French and Styrian Grand Prix were followed by retirement on lap one of the Austrian Grand Prix, following a collision with Charles Leclerc. The weekend also saw his second consecutive elimination in Q1.

After that, Alpine went through a rigorous diagnostic process with Ocon’s car, including going as far as to switch the chassis in an attempt to resolve his problems.

This appeared to transform Ocon’s form at the following round. He started and finished ninth at the British Grand Prix.

“Straightaway, when we put the car down for for FP1, we saw that everything was working back to how it felt three races ago,” Ocon explained. “And that’s very good news.

“It was a big effort from the team to try and diagnose what were the issues and what to change. Those are out of the way now and and everything is working as it should.”

Ocon did not elaborate on the exact process Alpine had gone through, but said the full chassis change had been an opportunity to fully analyse the car as it was put back together.

“I’m not going to go into details, but there was a lot of different parts that we’ve changed,” he said. “Together with the chassis – it was not only the chassis, but when you take the chassis out, you check all the components that goes with it.

“It has been a good thing to rebuild the car, check exactly if everything was correct and rebuild it fresh basically. All the doubts are gone in this way.”